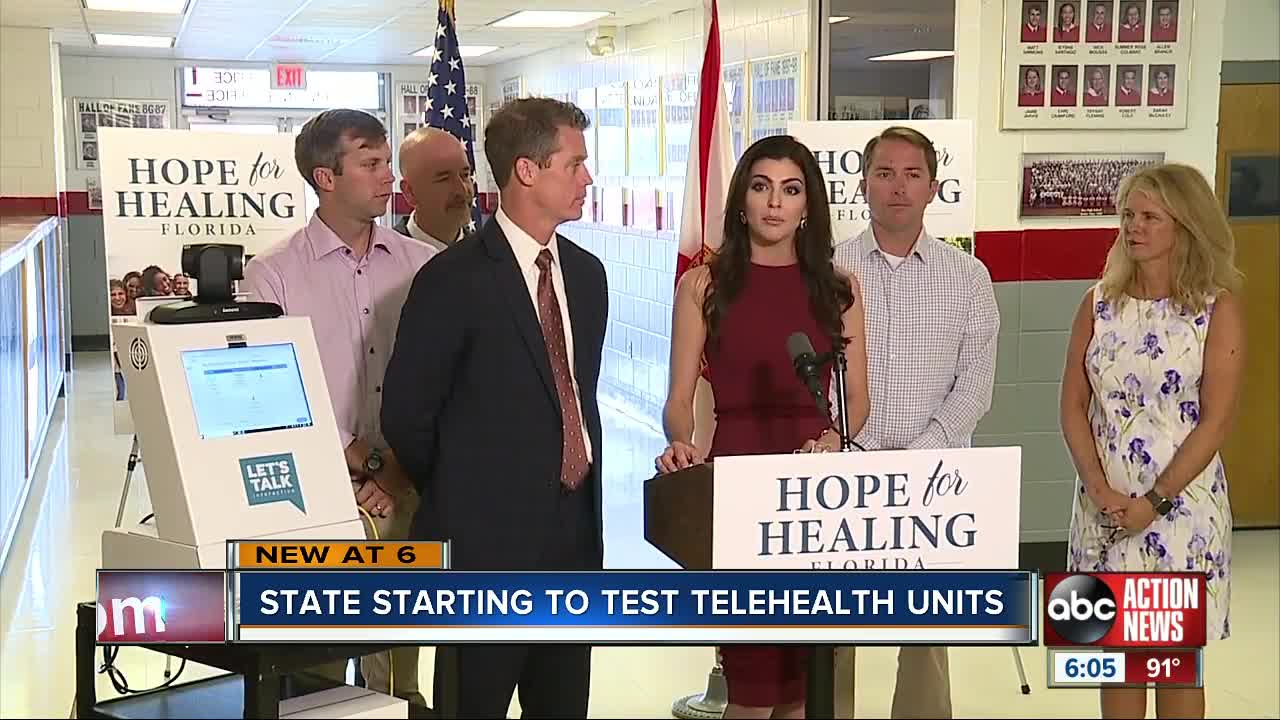 Speaking in Panama City, a community still recovering from Michael, a devastating category-five hurricane, Casey DeSantis said the state is hiring a recovery mental health coordinator. That person would ensure mental health services are available in a community following a disaster, man-made or natural.

She also unveiled new state telehealth units. While the technology isn’t brand new to Florida, this will be the state’s first large-scale test of the devices.

They're being deployed at public schools impacted by Michael in six northwestern counties. Panama City's Bay School District hosting some of the devices.

“This is not something we’re doing because we want to feel good about ourselves," First Lady DeSantis said, speaking to the press in a Bay High School hallway. "We’re doing this because we ultimately believe this is going to help save lives.”

The Bay District has first-hand knowledge of how detrimental a natural disaster can be to a person's mental health. Parents and students have struggled with it following the storm.

"We had two elementary kids, right before the end of the school year, try to slit their wrists on an elementary playground," Superintendent William Husfelt said. "Elementary-aged kids don’t just come up with ideas like that.”

The telehealth portals are designed to allow students still recovering from Michael to video chat with mental health providers. No need to leave school for appointments, making things easier for patients, providers and parents, who can join the video conference via phone.

“They can literally pull this up," said Arthur Cooksey, the CEO of Let's Talk Interactive, the company which created devices. "They have a conversation securely with HIPPA compliance and be part of these meetings from the cell phone.”

This marks the largest effort the state has made to embrace telehealth following lawmakers approving regulations only months ago. Officials think if things go well in the panhandle, devices like these could pop up in schools across Florida— treating more than mental illness.

“This is going to be a pilot to understand what more can we do around the state," said Sec. Mary Mayhew with the Agency for Health Care Administration. "The opportunity to learn from and benefit from this initiative here— this is going to change the lives of children and families in this part of the state, but it holds promise for so many throughout the state.”

For now, there’s no specific plan on where those future units might go. Those in Panama City will get their first real-world experience when school starts up on Monday.