Emboldened GOP lays out priorities for Florida's next legislative session 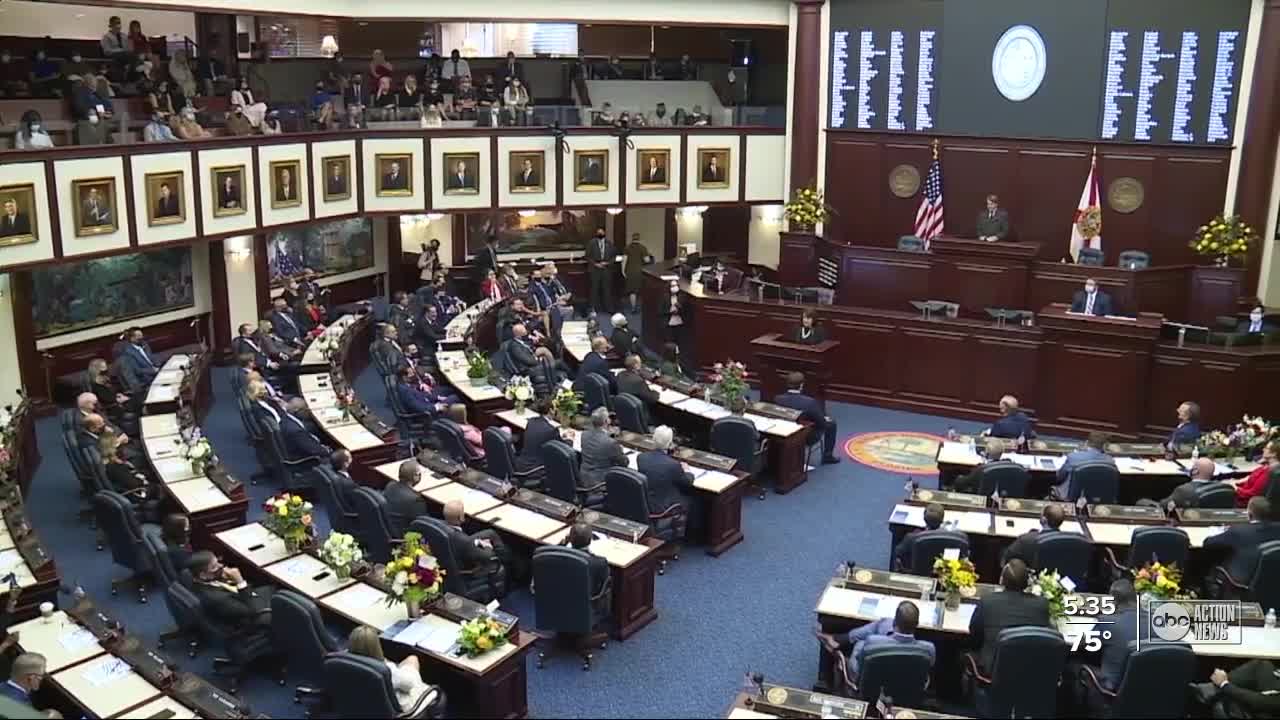 Florida’s lawmakers returned to the capitol to swear in their new members, Tuesday. The typically jovial organizational session was more reserved this year, as COVID concerns weighed heavy. 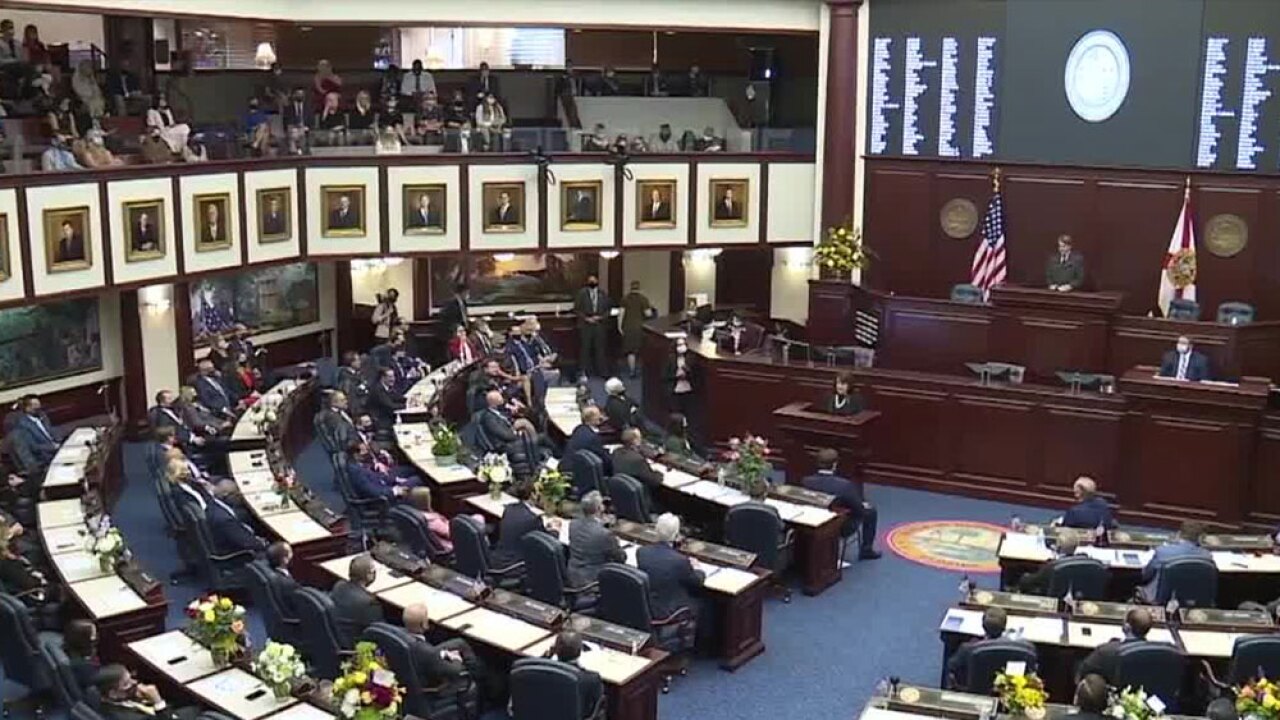 Florida's lawmakers returned to the capitol Tuesday to swear in their new members. The typically jovial organizational session was more reserved this year as COVID-19 concerns weighed heavy.

Legislators' faces were mostly covered, testing was required to enter and at least seven members were absent after testing positive. Even so, the mostly ceremonial event carried on.

For the emboldened GOP majority, flipping several seats in the 2020 election, it was a chance to layout plans for next year.

"We have a lot of work to do, members," Rep. Chris Sprowls, R-Palm Harbor, told colleagues during his first speech as House Speaker. "It's time to get started."

"Eliminate those barriers that are making it difficult for them to work," he said. "Or, if they're out of work, figure out the best way to make sure that they can get a job that they want."

When it came to pandemic policy, the Republican lawmaker didn't say much. It was frustrating to Florida Democrats who pushed unsuccessfully for a special legislative session to address the virus.

Working with Republicans will also likely be more of a challenge for Democrats next year. They'll begin the 2021 legislative session with fewer seats and weaker voting strength.

Across the hall, freshly minted Senate President Wilton Simpson, R-Trilby, said the budget would be a big focus.

"We've voted many times to set aside money to prep for a rainy day," said Simpson. "Senators, it is raining. In fact, it's pouring."

A revenue shortfall in the billions is expected. Simpson said cuts are likely coming.

The new GOP leadership was still showing resistance to a special COVID-19 session. That likely means members won't return to their chambers until next year.

Lawmakers return to Tallahassee in January for the start of committee meetings. The regular session begins in March.