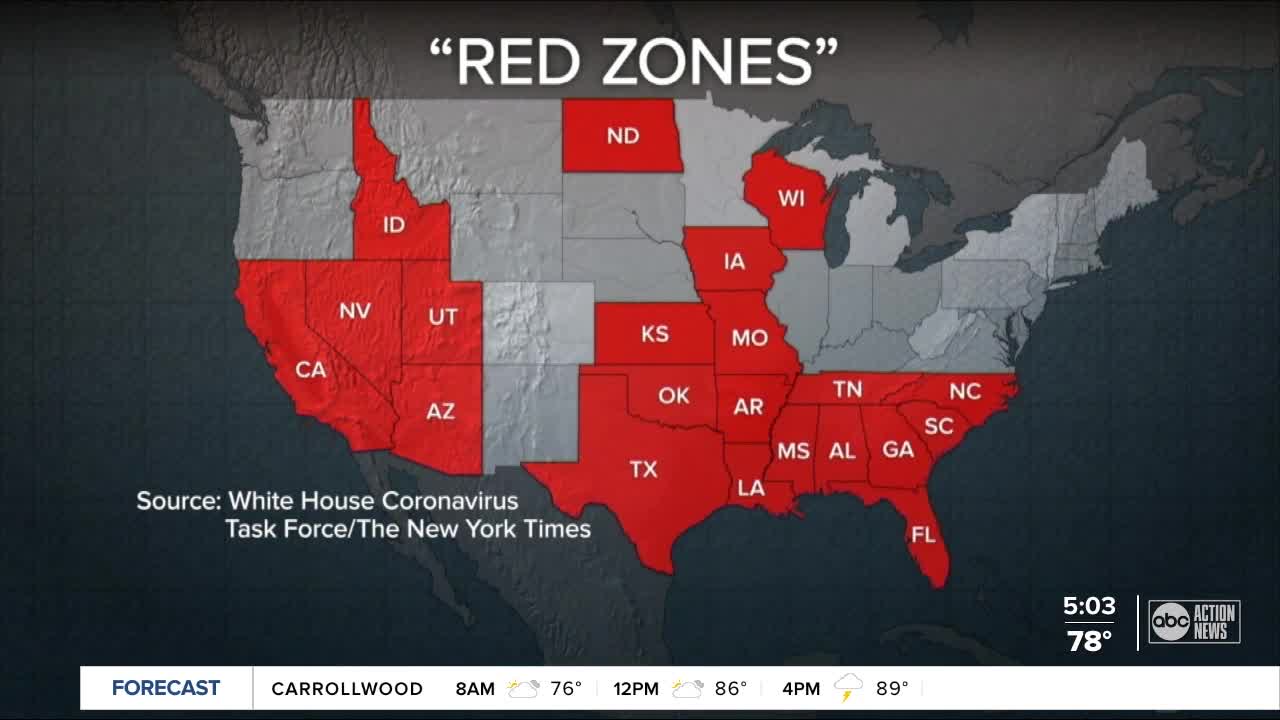 Florida is among 21 states listed in the outbreak "red zone" in the latest federal report from the White House Task Force. Story: https://bit.ly/39ACaEm 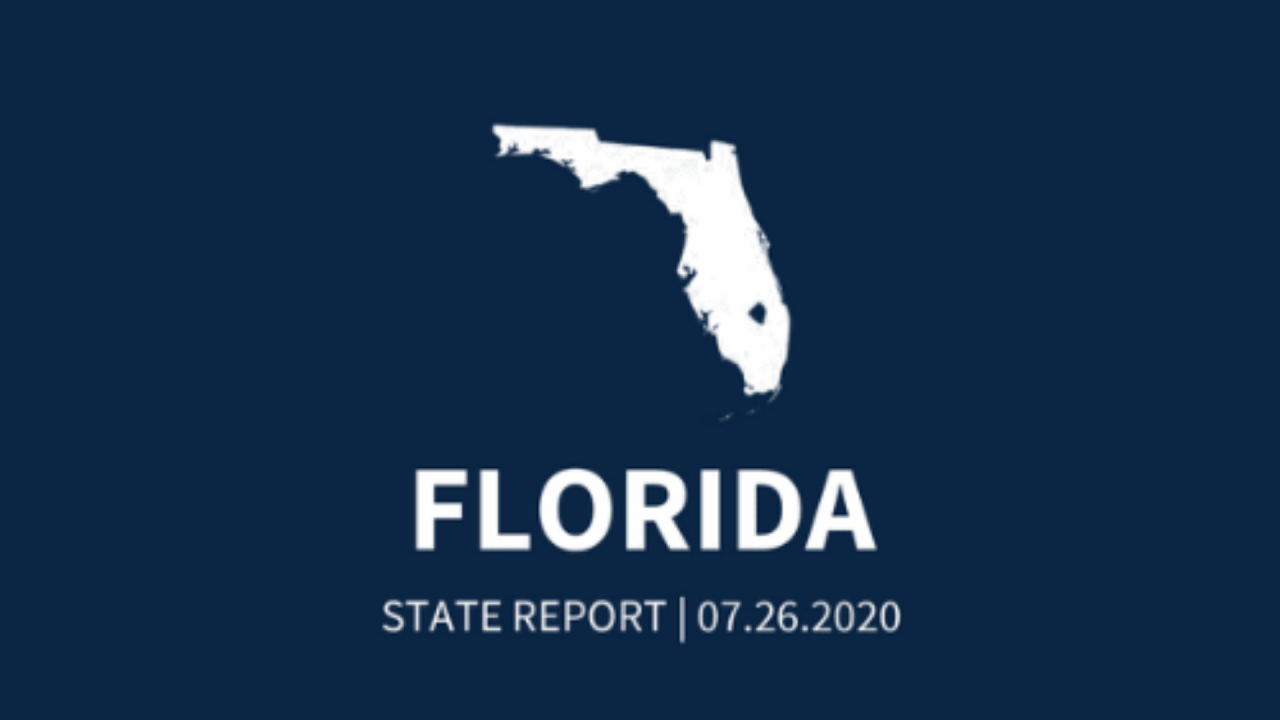 TAMPA, Fla. — Florida is among 21 states listed in the outbreak "red zone" in the latest federal report from the White House Task Force.

The report, dated July 26, was first obtained by the New York Times and then by ABC News on Wednesday.

According to the Times, the federal government regularly prepares the report on states' response to COVID-19 and the report is then distributed to states by the White House Task Force.

According to the 410-page report, Florida is listed in the "red zone" for cases because there were more than 100 new cases per 100,000 population in the last week. The state is also listed in the red zone for test positivity because the rate was above 10%.

View the full report below

The report breaks down data by states, as well as by counties and localities that are the red zone for cases and testing positivity in each state.

The Tampa-St.Petersburg-Clearwater and Lakeland-Winter Haven metro areas were among the top 12 localities listed in the report's red zone for Florida.

All Red Localities in Florida:

Of the state's 67 counties, 49 were listed in the report's red zone and 17 in the yellow zone.

According to the report, the "yellow zone" indicates counties that reported both new cases between 10-100 per 100,000 population, and a diagnostic test positivity result between 5-10%

The report also lists recommendations for states and counties listed in the red zone. Some of the recommendations for Florida include limiting indoor dining to 25% capacity, continuing to scale up testing and expanding testing in public health labs.