DAVIE, Fla. — An 11-year-old girl was arrested in Davie, FL for writing a note threatening to shoot up a middle school.

Just one day after the tragic school shooting that killed 17 in Parkland, Davie Police say the girl placed the handwritten note under the assistant principal's office door at Nova Middle School. 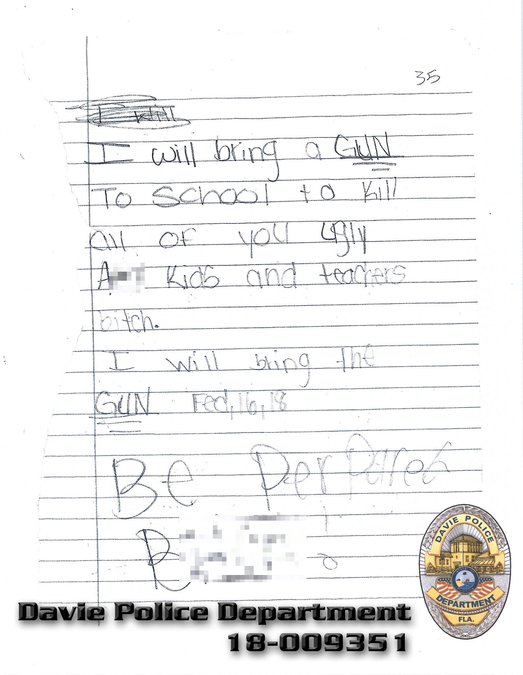 Our affiliate in south Florida, WPLG, cites a police report saying the girl was crying and upset when she was confronted by officers about the note. In her written confession, the student reportedly claimed that another girl ordered her to put the note under the door or she would get her friend to fight her.