Parents of accused Seminole Heights killer standing by their son 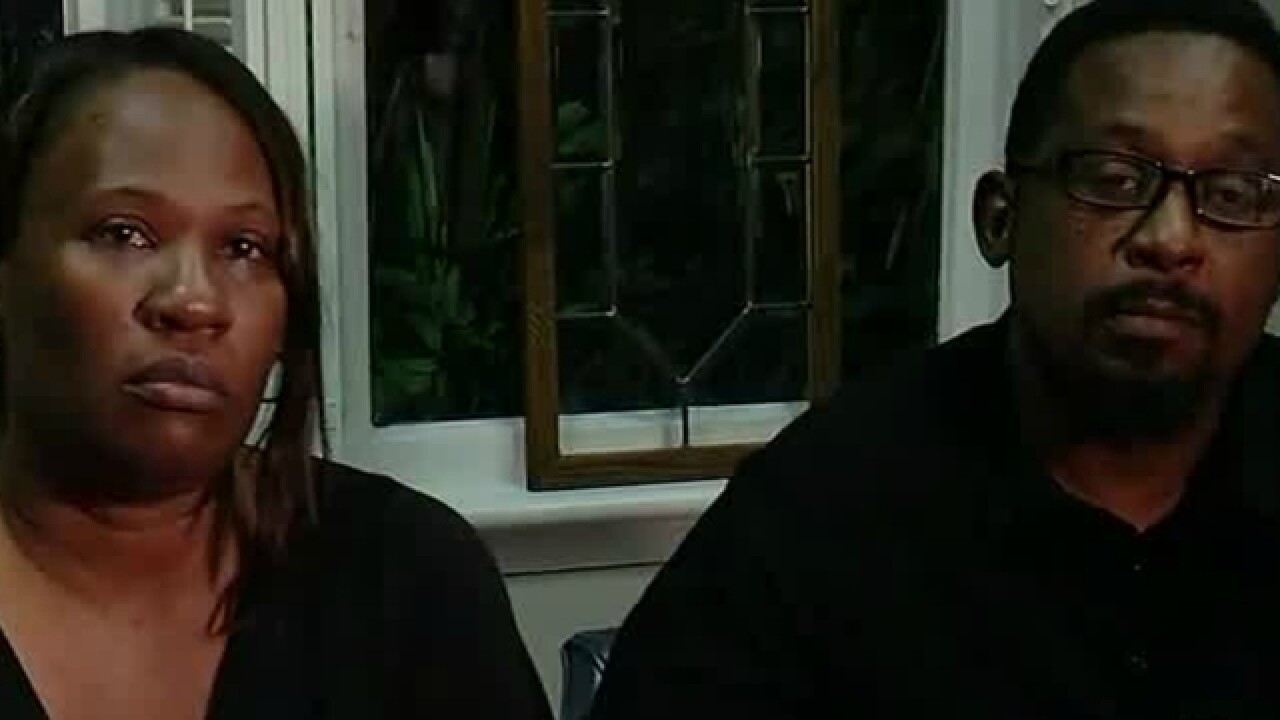 TAMPA, Fla. — While prosecutors are building their case against Howell Donaldson III who is charged with the death of four people in Seminole Heights, the Donaldson family is making their first legal moves.

"We love him, we support him, we believe him, and we're here for him," said Rosita Donaldson.

Following Tuesday's arrest, ABC Action News has learned that Donaldson grew up in a church-going family and excelled in school and basketball. He even earned a spot on the St. John's University men's basketball team.

Those who know him best can't explain what happened.

Flanked by attorneys, the Donaldson's were not allowed to answer when ABC Action News asked if they'd seen the now viral surveillance video or if they ever suspected that the shadowy figure could have been their son.

"We're people of faith and we're going to lean on our faith as we go through this ordeal," Howell Donaldson, Jr. said.

Both parents said they continue to pray for the families of the Seminole Heights victims.

The family of one of the four victims says Donaldson should get the worst possible punishment, the death penalty. At the same time, the family of the alleged serial killer is preparing for what’s sure to be a long court battle ahead.

For Casimar Naiboa, only a death sentence can bring justice.

“Ok you kill four innocent people now we’re going to give you three meals a day, a bed, a tv. Why?” asked Naiboa. His son, 20-year-old Anthony Naiboa was the third victim in a 51-day killing spree.

The death penalty is something state prosecutors have said they are likely to pursue.

Donaldson's parents have now hired a prominent Tampa lawyer, Ralph Fernandez, for themselves.

“They are not hiding but the problem is they are staying away," said Fernandez. "They are suffering the pain of their personal situation coupled with the tremendous pain associated with the loss of others.”

The move has Naiboa questioning the parent’s involvement and knowledge over their son’s actions. He wonders if this was an act of parental protection. But the parents have not been charged with anything. Fernandez says they are not at risk for obtaining any charges.

For the time being, Fernandez is preparing for the possibility of representing the entire Donaldson family. Right now, he’s building a team of lawyers for what’s sure to be a high-profile case. While Fernandez searches, Naiboa’s questions for the Donaldson family only grows.

It's an answer he won’t get today but hopes to soon hear in court.

Fernandez tells ABC Action News he’ll have a clearer idea of the next steps for Howell Donaldson’s defense by Monday. Right now, he has a public defender.