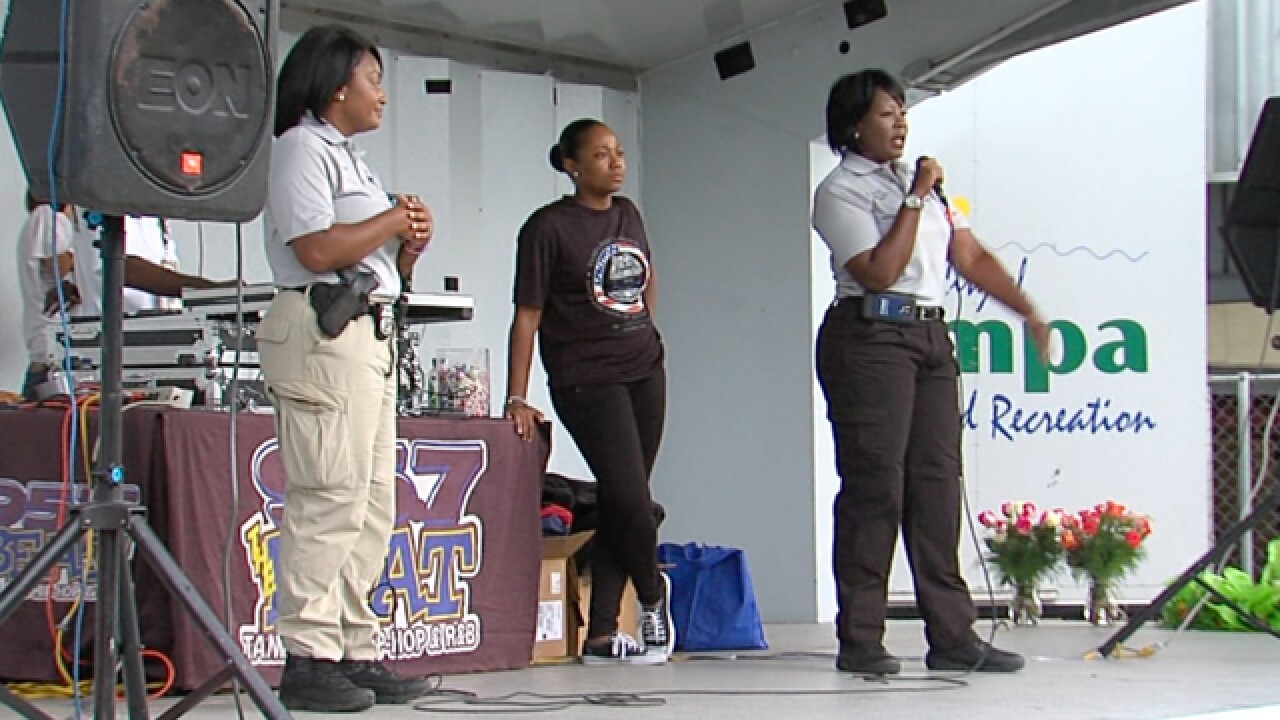 Copyright 2018 Scripps Media, Inc. All rights reserved. This material may not be published, broadcast, rewritten, or redistributed.
<p>File 2014</p>

TAMPA, Fla. — This year the Tampa Police Department is hosting Neighborhood Night Out for the entire month of October.

Law enforcement agencies across the state are preparing for National Night Out, but the Tampa Police Department wanted to do things differently this year. They have three districts in the city and each one will host celebrations aimed at building trust between officers and residents, plus it is aimed at promoting safe neighborhoods.

“It will be a lot more intimate being with the individual neighborhoods and they’ll be able to see their command staff in each of their districts,” TPD Captain Ruth Cate said.

“The relationship is already there. We’re just going to keep it strong and keep it going on,” Captain Cate said.

The police department said Neighborhood Night Out will end with a city-wide Halloween celebration.

Last year they focused on Southeast Seminole Heights, at that time no one had been arrested for the tragic murders in that community. This year, the police department stated they are expanding their efforts and they plan on having police officers at events all over the city.

“Definitely we’ll be in west Tampa. We’ll be in Seminole Heights. We’ll be on Davis Islands…all the neighborhoods will be covered,” Captain Cate said.

Brian Frey lives in Hampton Terrace. He is involved in the community. He said building relationships is important.