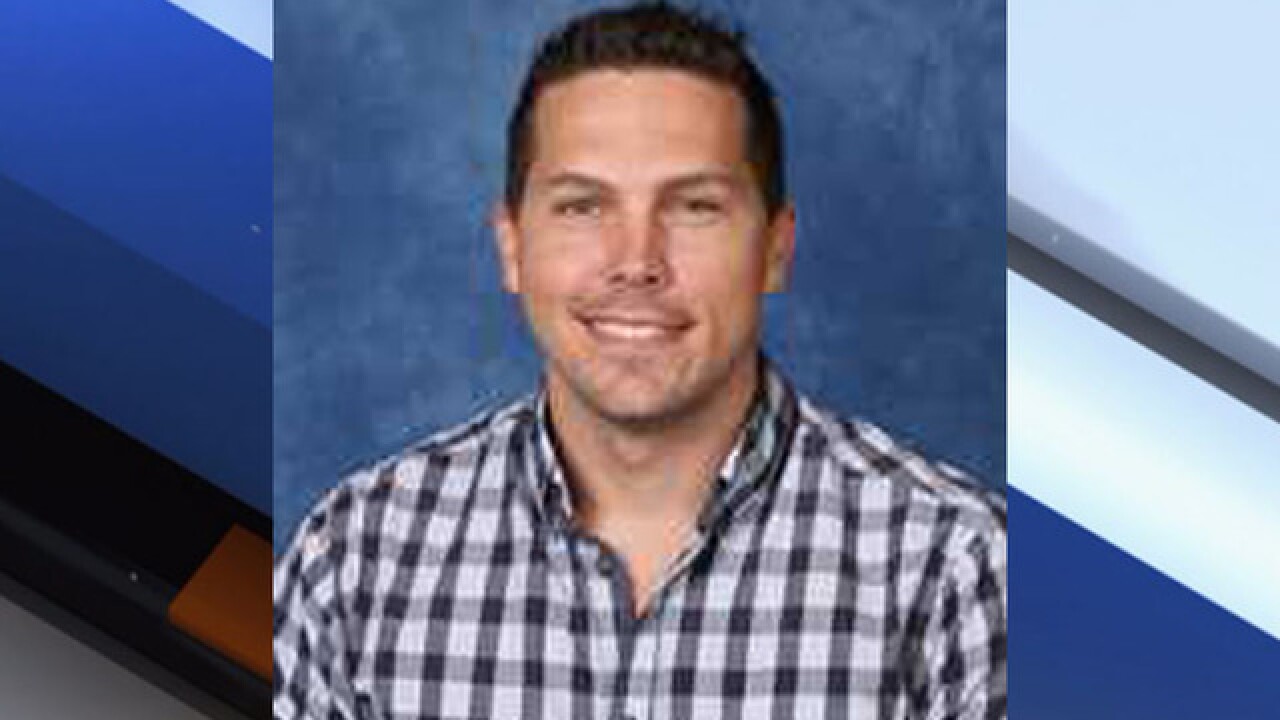 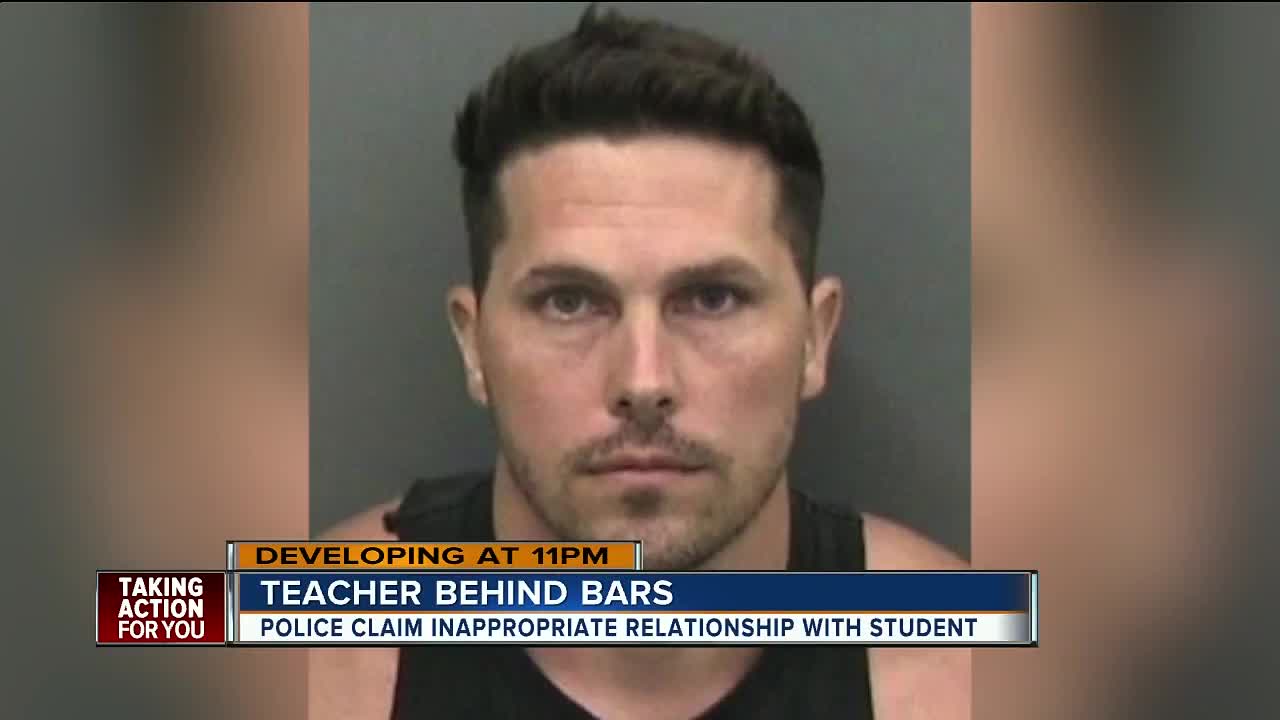 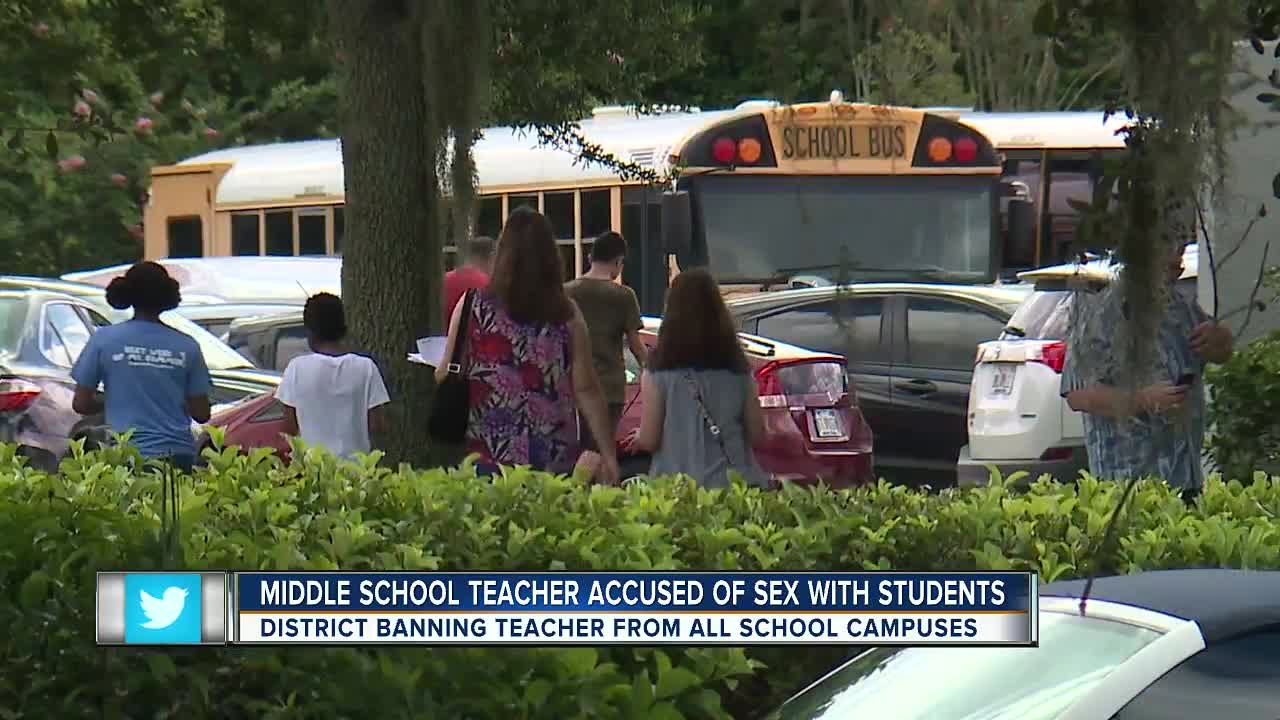 TAMPA, Fla. — A 31-year-old teacher at Benito Middle School in Tampa has been arrested for allegedly having inappropriate relationships with two students.

The crimes reportedly occurred between Nov. 2017 and May 2018 at the school. They were brought to light when a parent of one of the victims came forward to report it to authorities.

According to arrest affidavits, Hull began his relationship with both victims by showing them photos of himself. After observing their reactions, he bought them sex toys and told them to record themselves using them. At a later time, he had each of them perform oral sex on him in his classroom.

Tuesday was an orientation day for families at Benito Middle School.

And while most of the talk is about which classes the kids are in, there is also disbelief about what one teacher is accused of.

Jason Terry’s son is about to start 6th grade here.

Like many parents, he heard math teacher Alex Hull faces charges of having sexual relationships with two students.

“It’s more shocking than anything. It’s very everywhere. It’s just something you’ve got to be aware of and keep your guard up,"  said Terry.

Tampa Police say one of the students was Hull’s class, the other he met in the hallway.

In both cases, investigators say Hull started by exchanging obscene pictures and videos with the students.

Then it led to sex acts that took place inside Hull’s classroom.

“For an adult to do that, to take advantage of a child that way, the school can’t be eyes and ears for everybody everywhere," said Terry.

This happened last school year, and police finally found about it, after one of the students told a parent.

The school district tells us Hull isn’t allowed on any school campus.

He won’t officially be fired until school board meets on the issue.