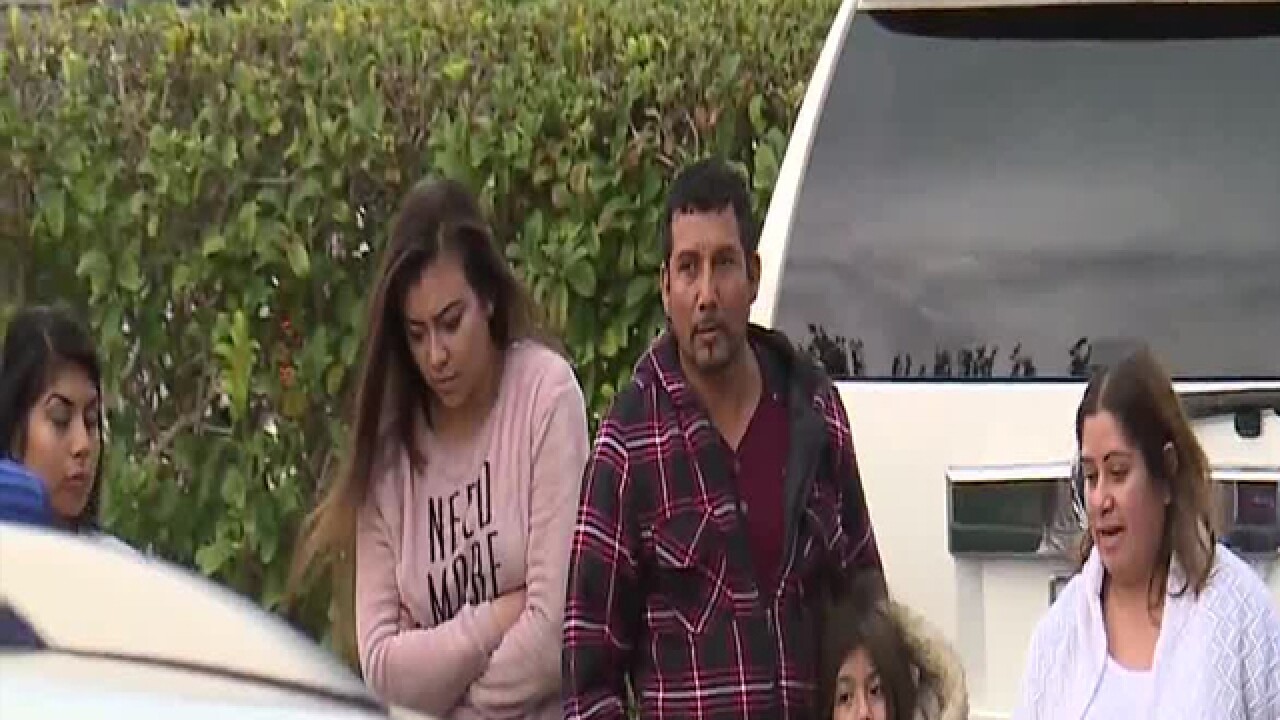 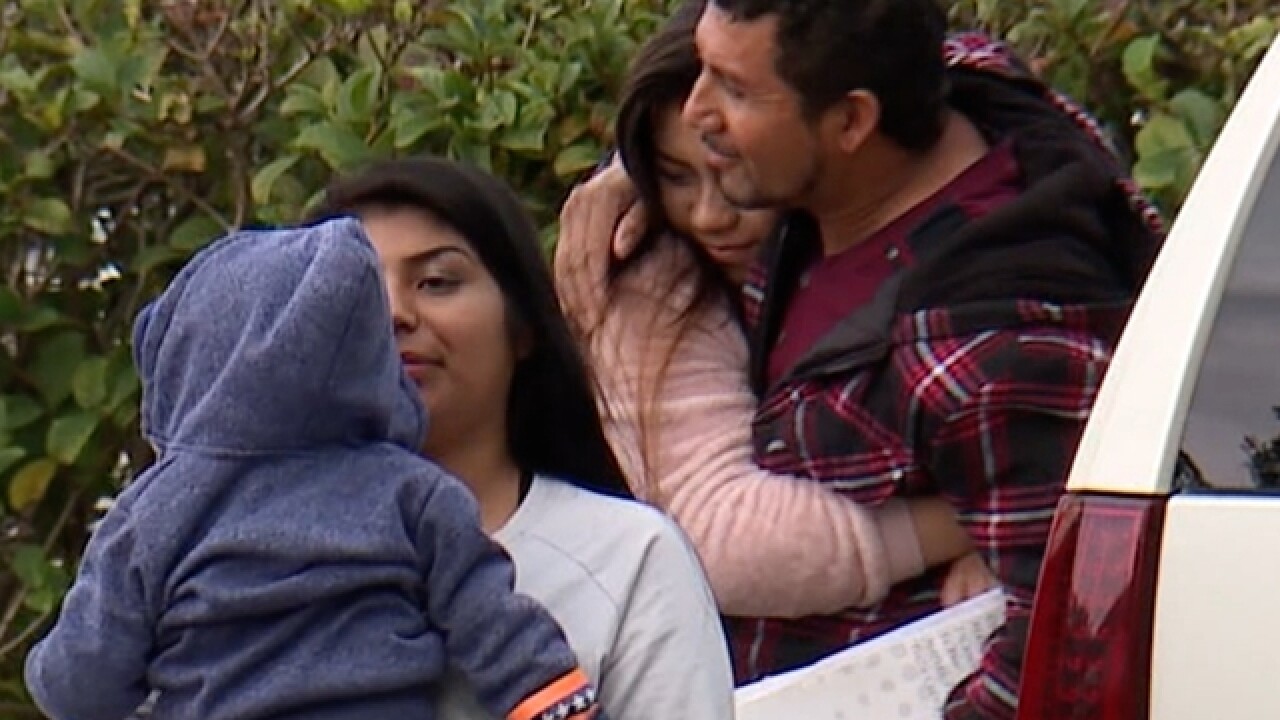 TAMPA, Fla. — A father of six is facing deportation. ABC Action News was there the moment the Mexican-native reported to the U.S. Immigration and Customs Enforcement.

The undocumented immigrant's attorney argues there's extraordinary reasons why he should get to stay, but one factor could send him to federal prison instead.

Tuesday morning, Luis Blanco willingly walked to the ICE office on West Cypress Street hoping he would get to return to his family. An hour later he was officially detained and his attorney now says deportation is imminent.

A crowd of rabbis, priests, pastors and immigration organizations sung and prayed for Luis Blanco outside the federal building. Just moments before he entered, he hugged his children and wife with a wide smile. You wouldn't know it from the outside that this could be the last time he'd see his family on American soil.

“Honestly I didn’t sleep well," he said, "It’s a very difficult day. It’s a day where a big decision will be made and I’m not sure how it’s going to end.”

RECOMMENDED: Michigan father deported to Mexico after 30 years in U.S.

Blanco has called Plant City home for two decades. Back in 1998 he was deported. The next year he came back illegally to find work. Blanco has six American-born children and a seventh on the way.

“We are not criminals, we came to this country to work hard and to provide a better future for our families," said Blanco.

He is the sole breadwinner for his large and growing family. That’s why, for years, ICE has given him a humanitarian stay on his deportation. But his latest application was denied.

His attorney, Daniela Hogue, says the only reason he thinks it was denied this time around was because of the Trump administration.

“What’s happening here is hateful and it’s not necessary," said Rabbi Jason Rosenberg, "We don't need to kick this man out of the country. We don't need to destroy this family."

We reached out to ICE. A spokesperson told us Blanco does have a criminal history. The only thing we could find was driving with tinted windows and without a license. ICE also told us they do not make exemptions for people who are in the country illegally.

We followed Blanco as he showed up for his latest and likely last scheduled check-in with ICE. His family waited outside the federal building until they heard that authorities would not release him.

“How would you feel being ripped apart from your family?" asked Blanco's oldest daughter, Sonya Medrano, "We all came as immigrants to begin with. None of us were here.”

She says with her father now gone the burden of taking care of the growing family will fall on her.

“I was going to go to college in January, but I couldn’t because I have to help my family with the bills," Sonya said.

Blanco's lawyer says the chances of ICE letting him go are low.

“It’s very likely that he will be deported," said Hogue, "I doubt that they are taking into consideration the humanitarian factors.”

Blanco could instead be sent to federal prison. Hogue tells us federal prosecutors could charge him for reentering the U.S after his original deportation in the 1990s.

Right now both his family and lawyer are in a state of limbo. It will ultimately be up to ICE and now federal prosecutors to decide what happens next.