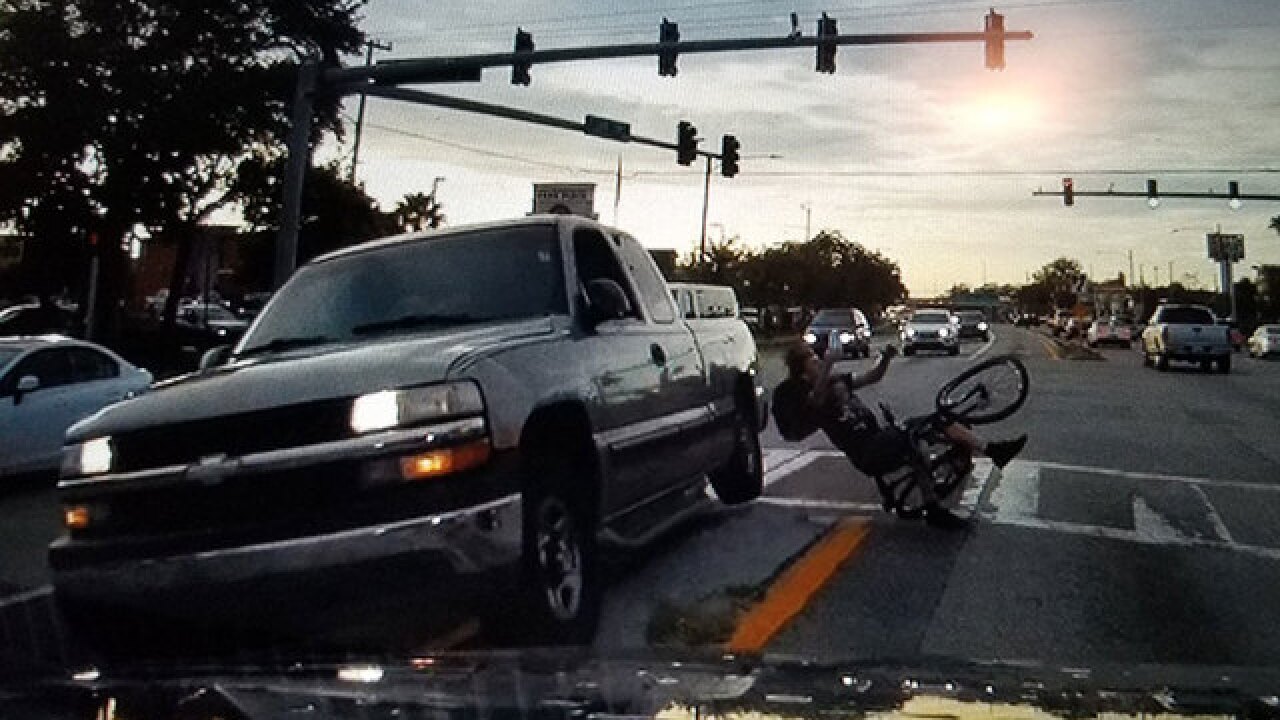 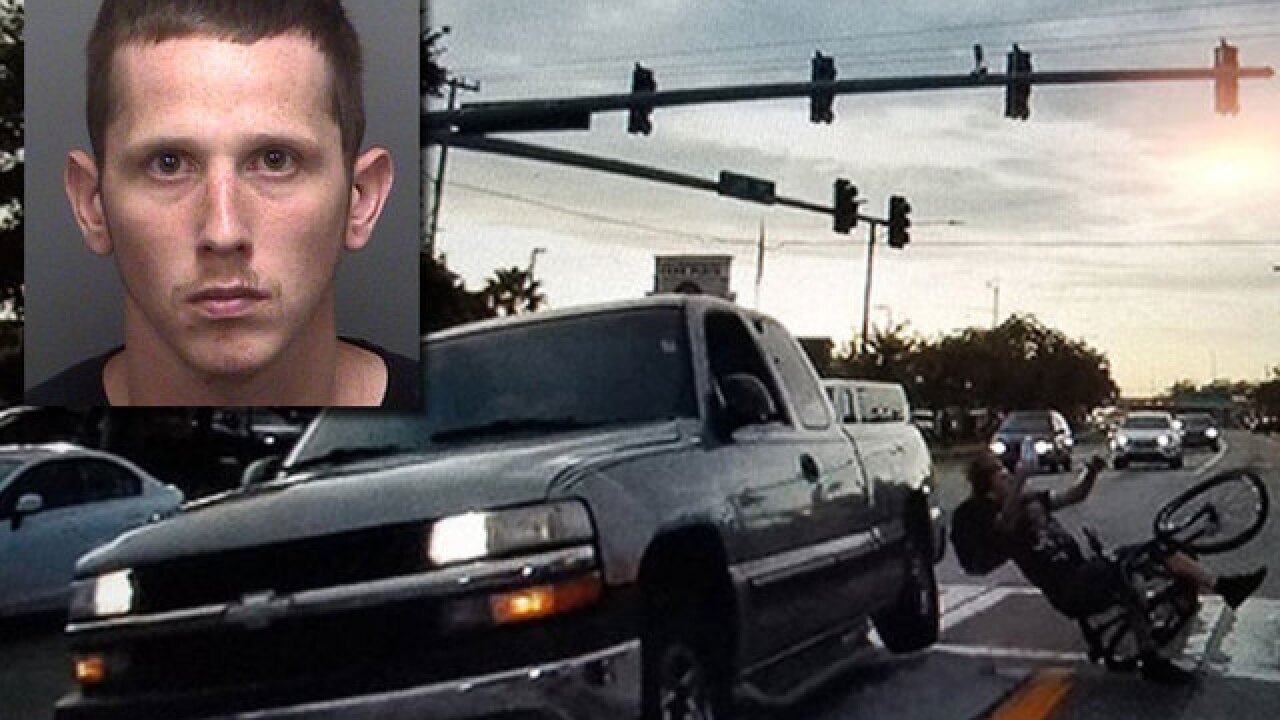 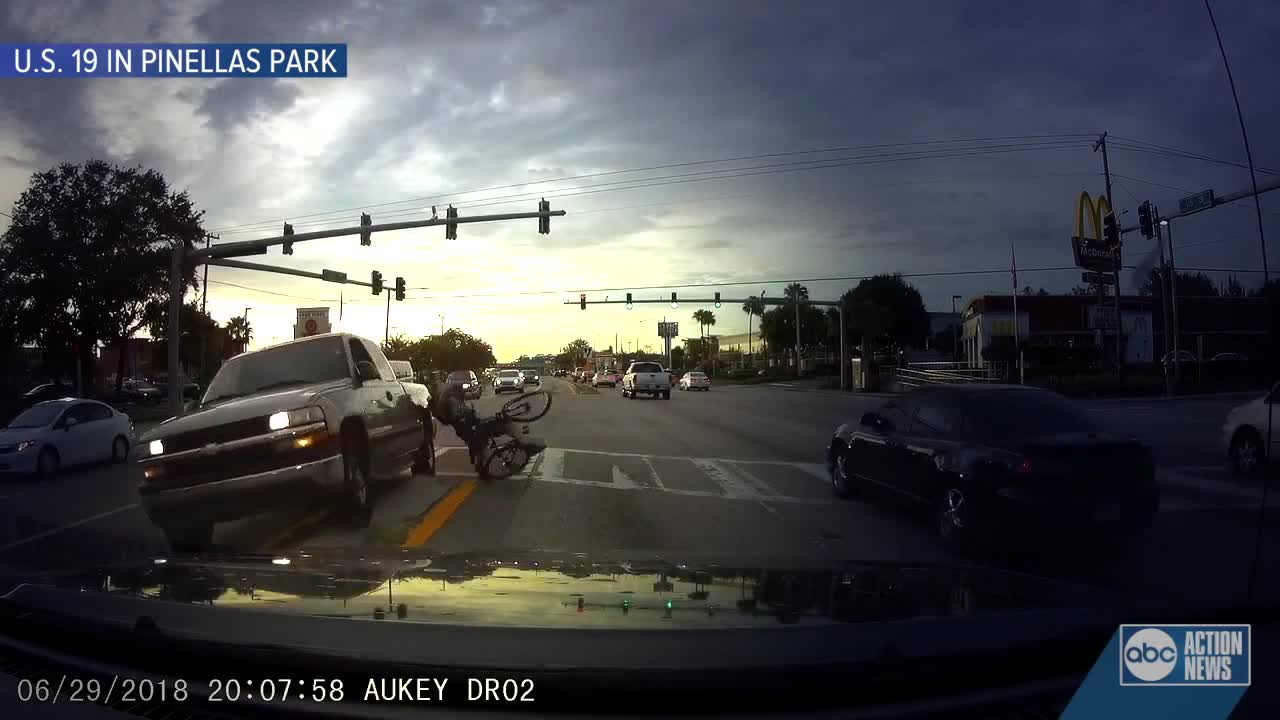 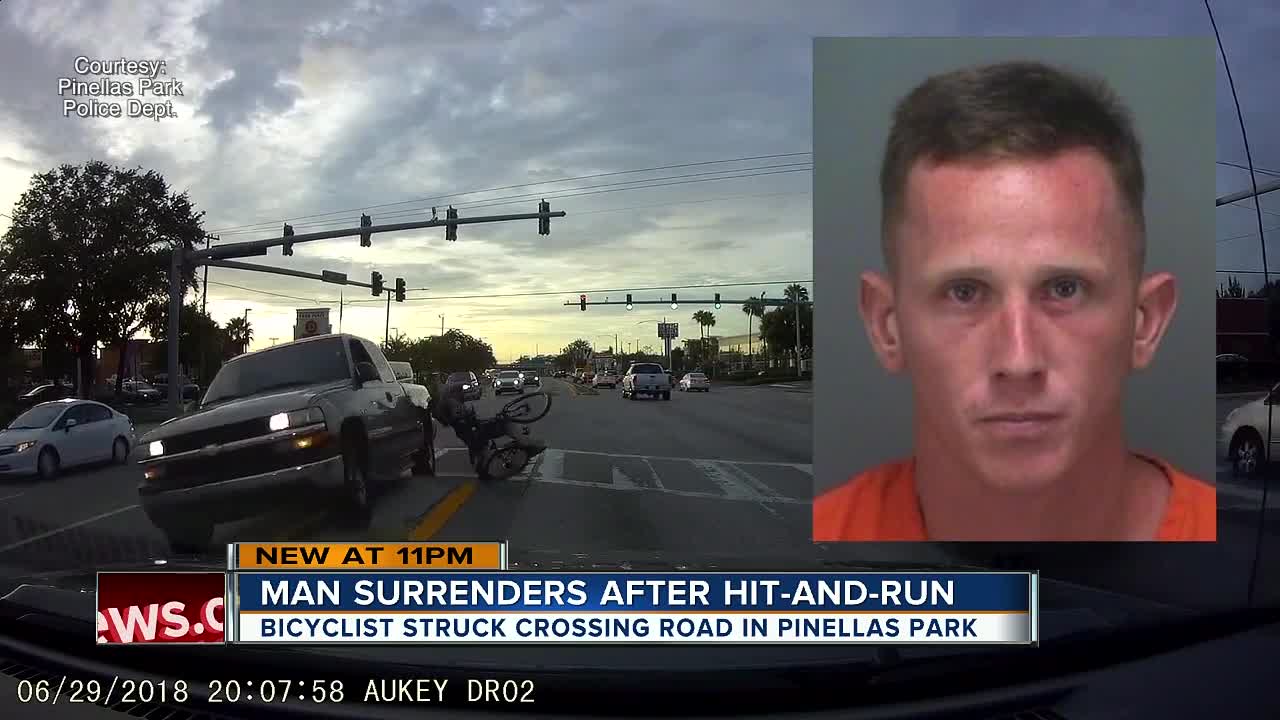 PINELLAS PARK, Fla. — Police say the driver of a pickup truck captured in video striking and injuring a bicyclist before driving off turned himself in.

Kenneth James Robert Stivers surrendered himself to officers at the Pinellas Park Police Department on Monday. Police say that Stivers was accompanied by his attorney and did not provide any statements to officers.

Police say the 31-year-old Stivers was driving his pickup truck on June 29 when he left his lane of travel
and struck a bicyclist that was in the median, resulting in injury to the bicyclist.

The hit-and-run crash took place around 8 p.m. at the intersection of U.S. Hwy 19 N and 70th Avenue.

Investigators determined that the bicyclist, 20-year-old Duncan Craver, was crossing U.S. Hwy 19 from east to west on his bicycle against the traffic control device.

Craver was transported to a local hospital for treatment of his non-life threatening injuries. A witness to the crash was able to capture video of the pickup truck on a dash camera as the truck is seen striking Craver.

Stivers, of Land O' Lakes, was transported to the Pinellas County Jail on one charge of leaving the scene of a crash resulting in injury. His bond is set at $5,000.

Arrest records show that Stivers has previously been arrested for DUI, battery, drug possession and violation of probation.