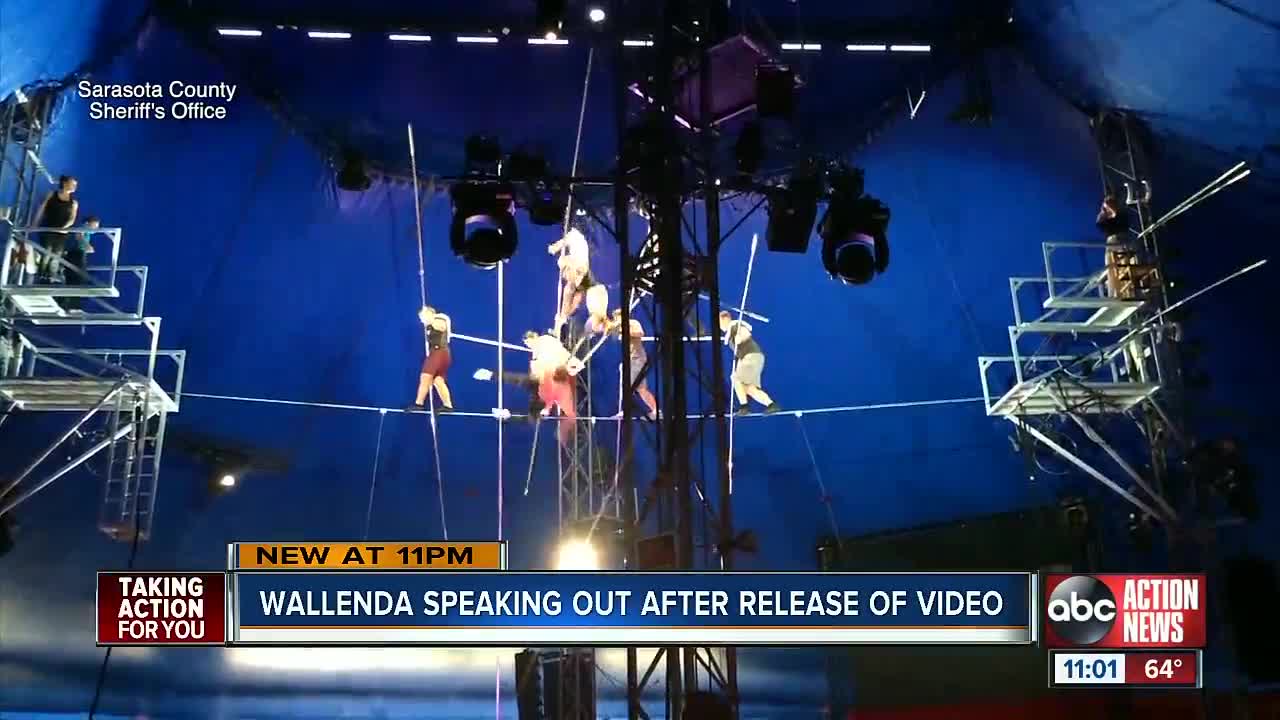 The Sarasota County Sheriff has released video of the terrifying high-wire fall involving famous acrobat Nik Wallenda. The fall happened during a practice in February 2017. 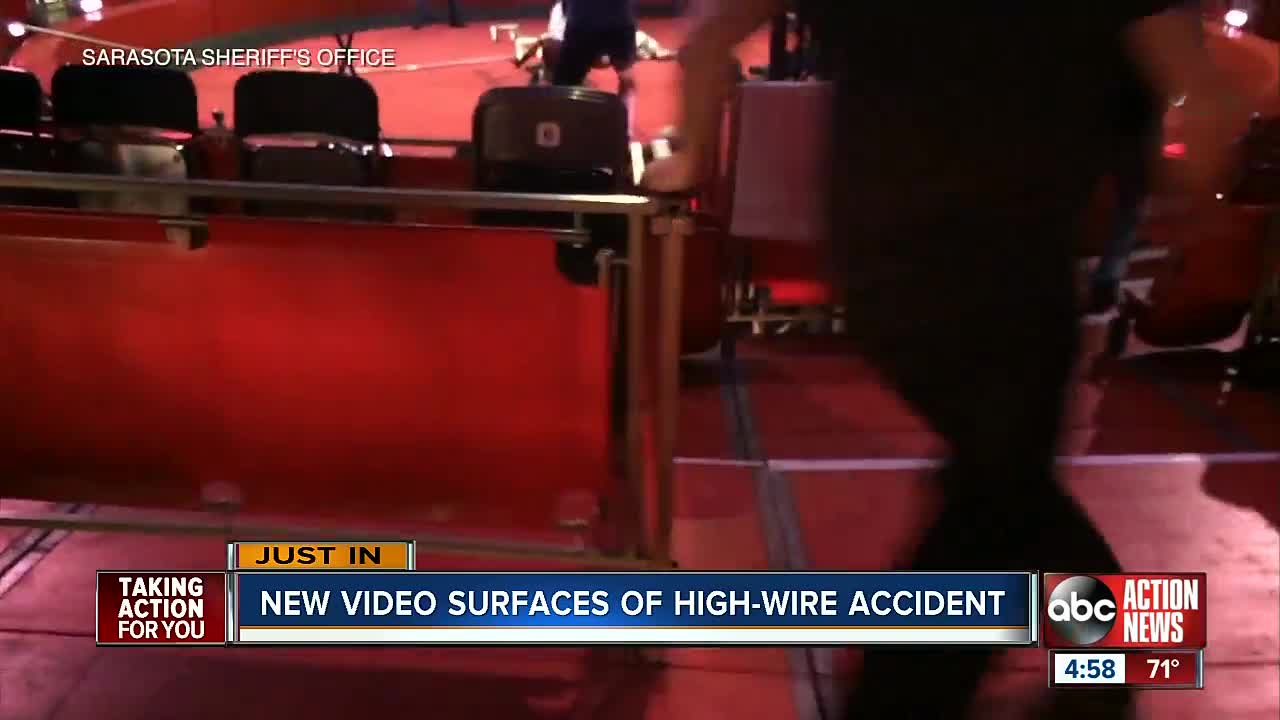 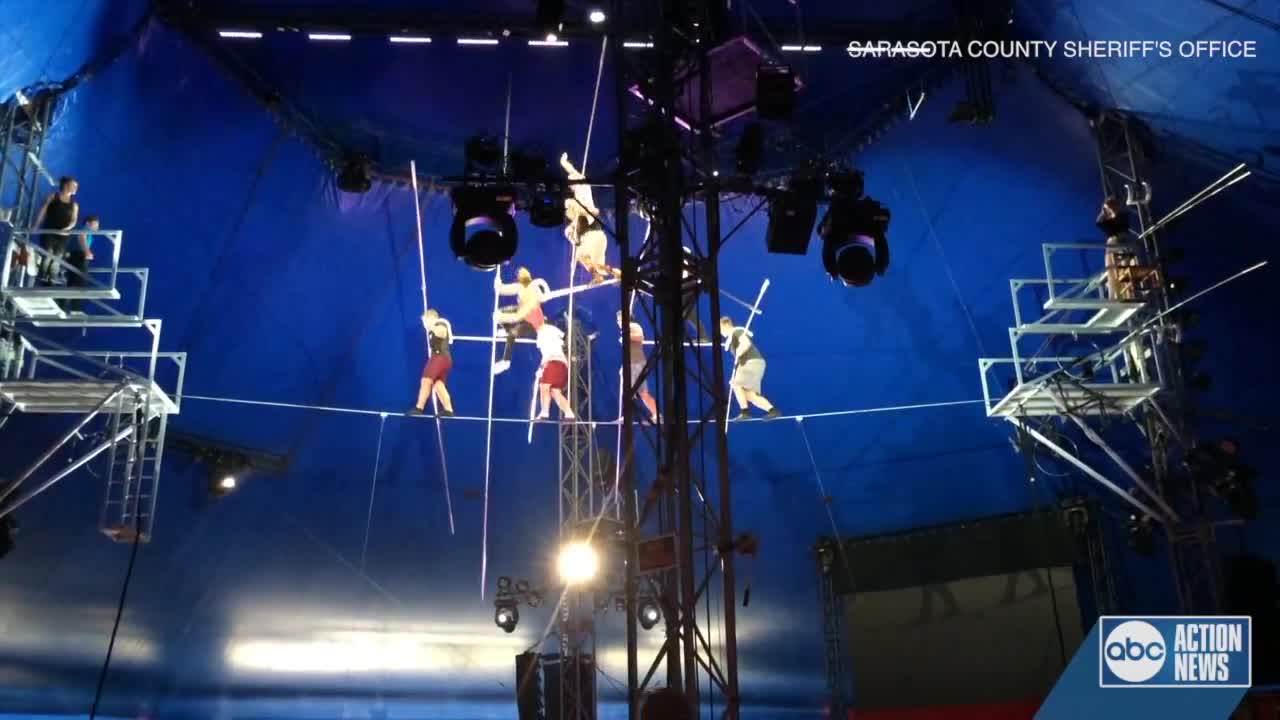 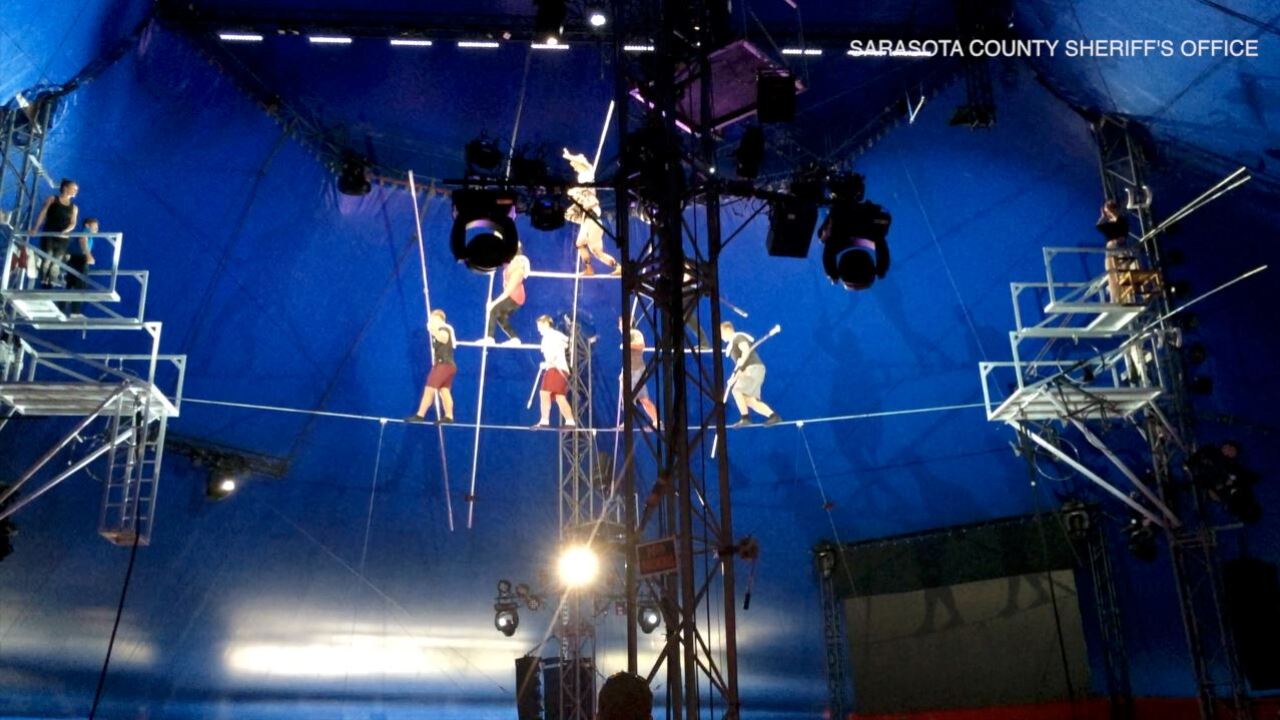 The fall happened during a practice in February 2017.

Five circus performers fell as they practiced for an Eight-Person Pyramid near the University Town Center.

At the time, members were practicing for a show called 'Synergy' featuring Nik Wallenda.

Wallenda was part of the practice but did not fall.

The video shows one of the performers lose balance.

ABC Action News reported in 2017 that five of the performers fell between 25 and 40 feet.

Following the fall, Wallenda and other members performed with the blessing of those who were injured.