Day after the fall: Wallendas perform flawlessly during dress rehearsal with heavy hearts

Wallenda: Miracle no one died from 38 foot fall 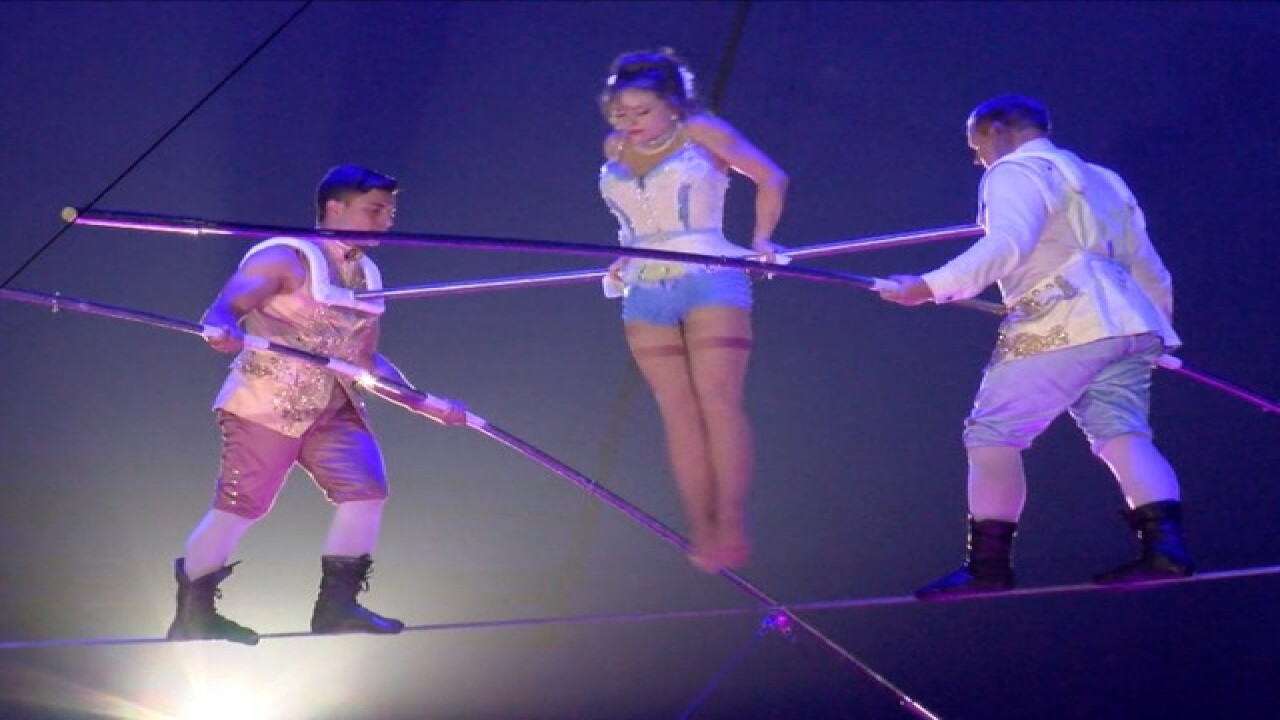 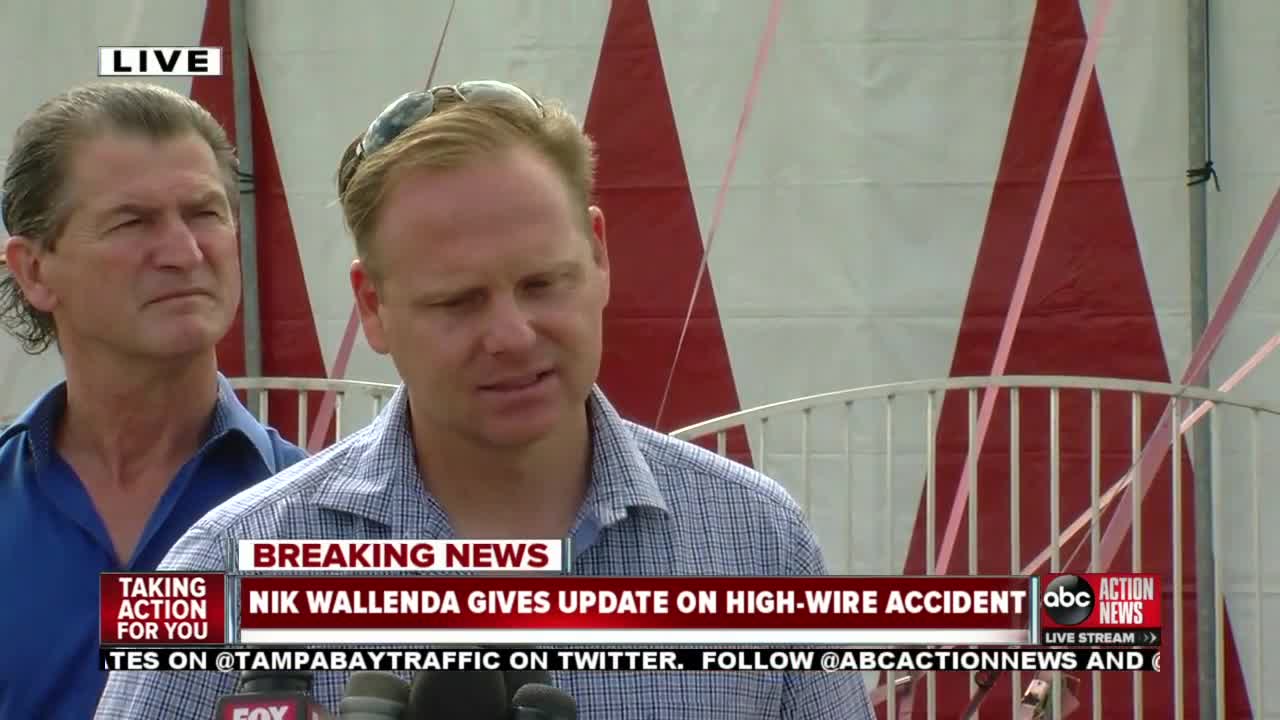 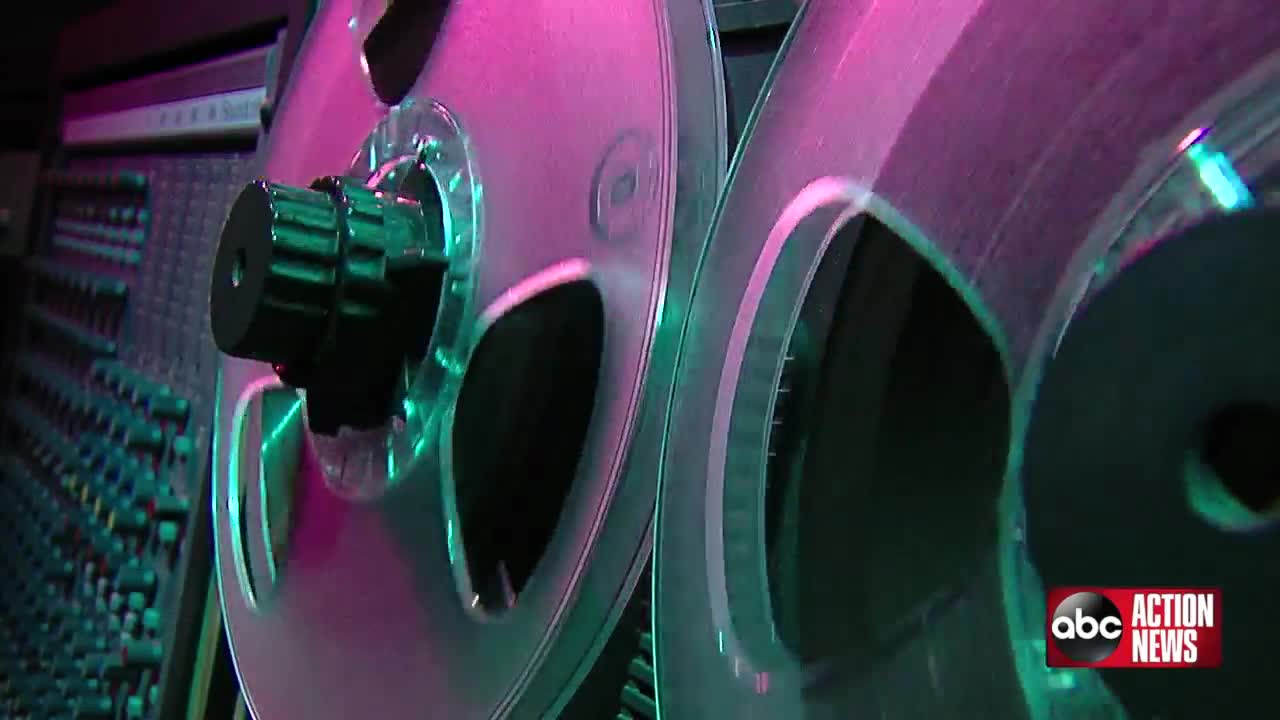 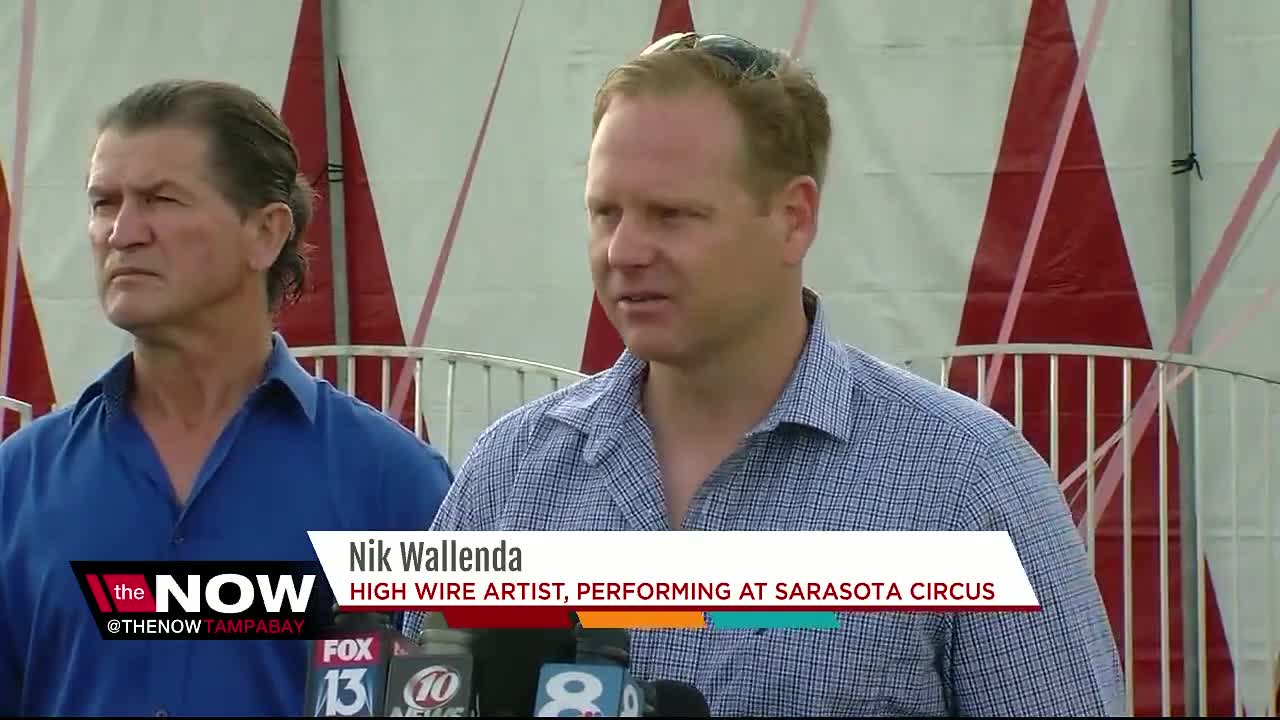 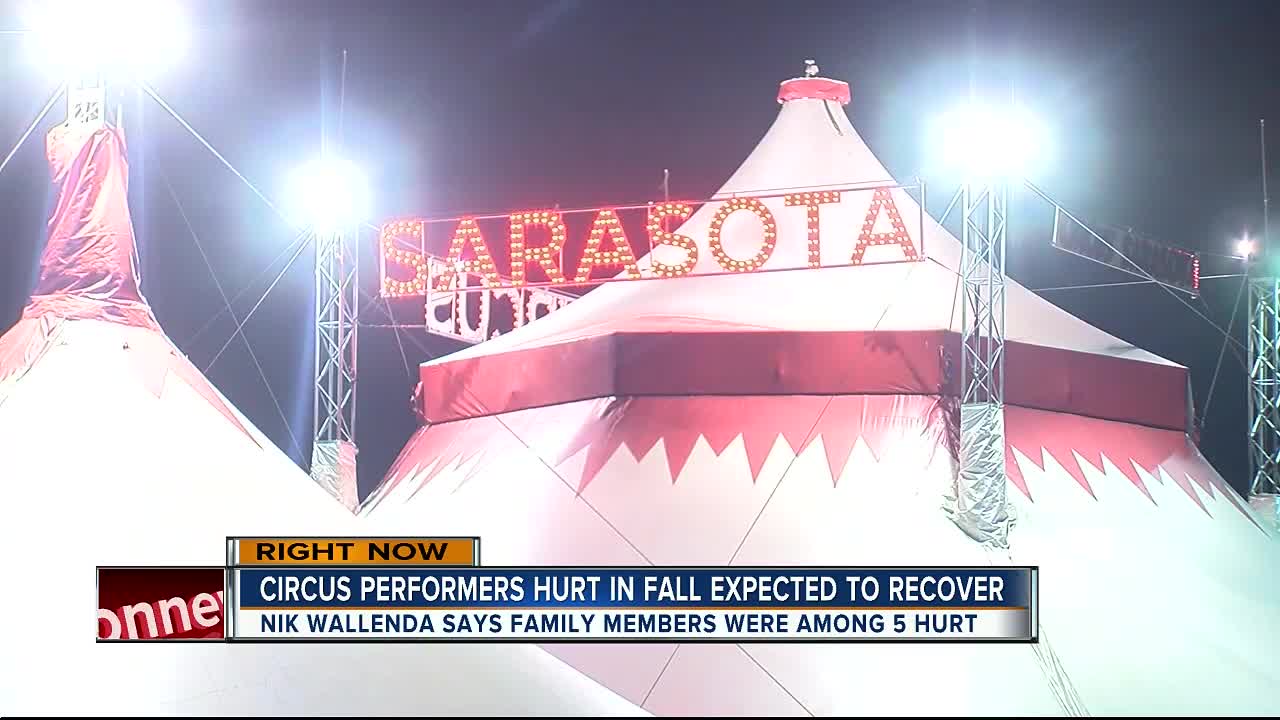 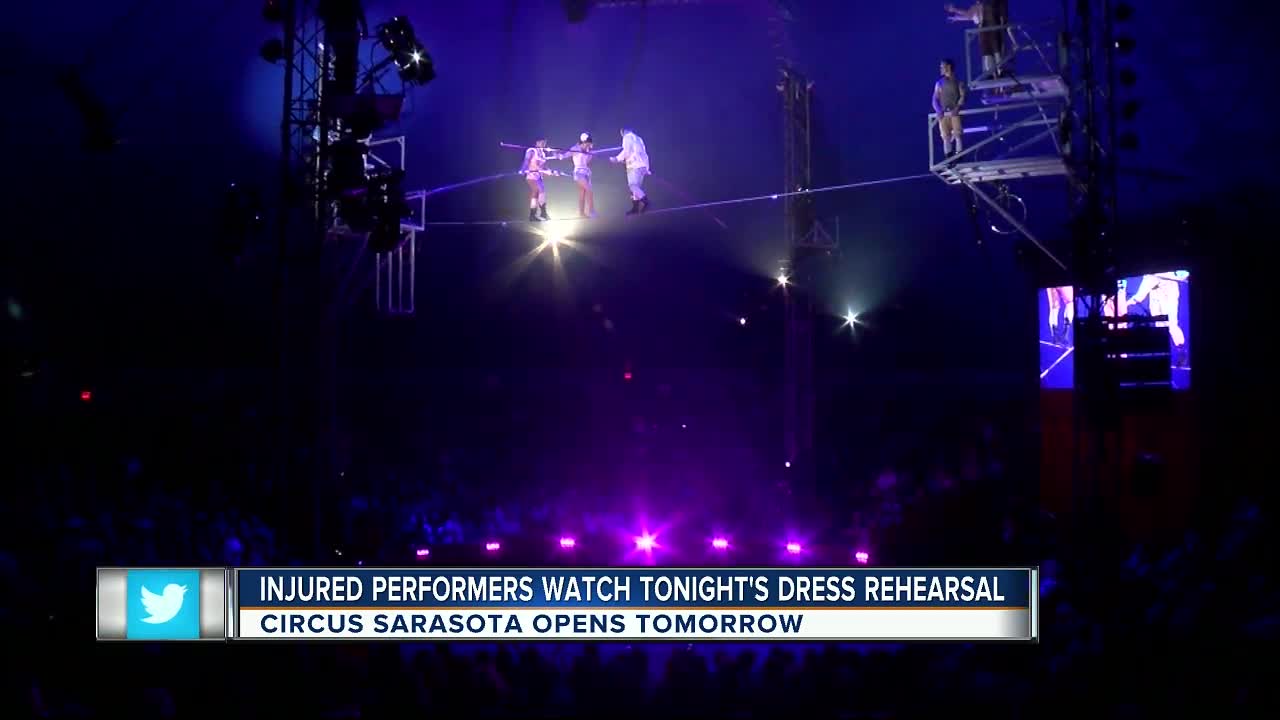 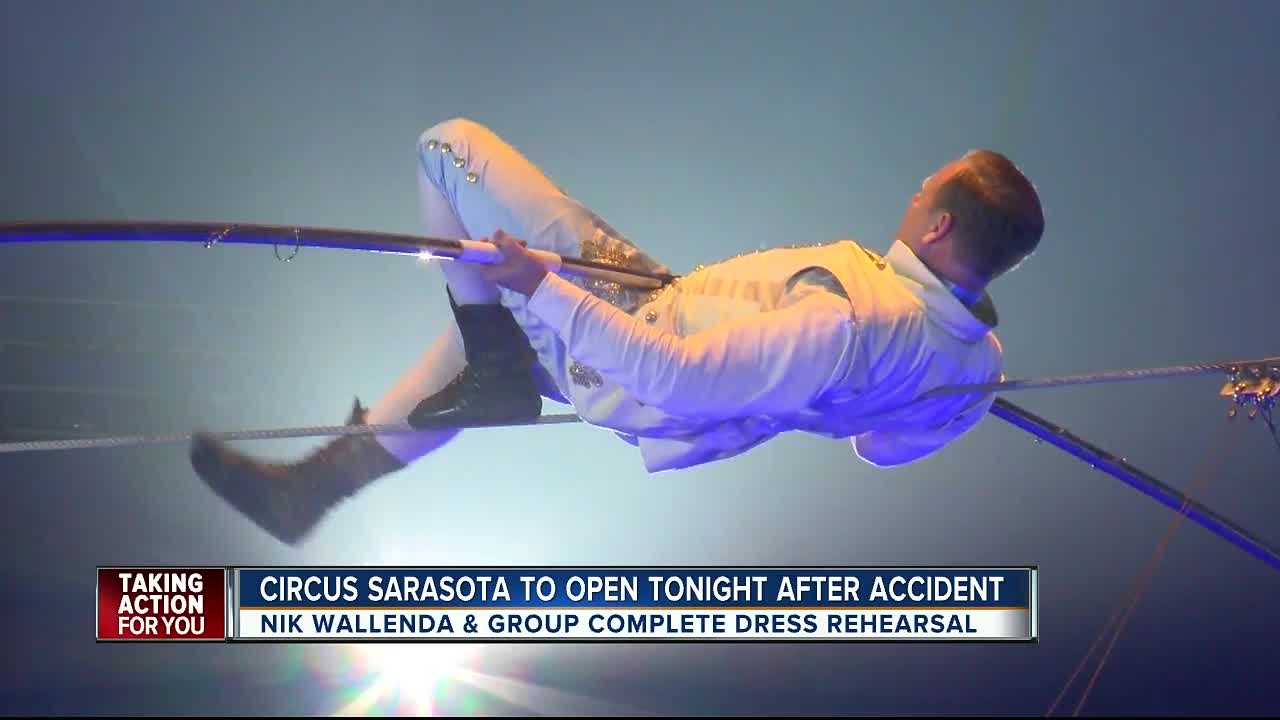 Thursday night, Nik Wallenda and the Fabulous Wallendas performed for a packed crowd at their dress rehearsal. A day before the Circus Sarasota 2017 Winter Performance shows begin, and a day after 5 members of the Wallenda troupe fell to the ground performing a high risk stunt.

After finishing their routine without any problems, Wallenda hugged members of his troupe and then talked to the crowd.

He said one member of his team trying to perform the 8-man-pyramid fell from a height of 38 feet.

"He is a miracle," Wallenda told the crowd.

"It's emotional," Gala Rogacheva said. "We are all family. It just tells you how dangerous and how skilled our profession is. Most of us in this profession risk our lives to show off the skill to make you oh and ahhh."

Wallenda said his sister, aunt, and another performer who fell were still at the hospital but doing good.

He said they gave him their blessing to perform without them. Two other performers he fell watched from the stands and were given standing ovations at the end of the show.

One of the three trauma patients has been discharged from the hospital. There has been no change in conditions for the other two accident victims.

On Thursday morning, high-wire daredevil Nik Wallenda addressed the media on the accident that injured 5 performers at Circus Sarasota on Wednesday.

Wallenda thanked God for a miracle and praised the first responders for being quick and "on it" as they worked to help those involved in the accident. He called Wednesday, the roughest day of his life.

"Our family through triumph and tragedy, we've continued on. I believe that words are powerful, and um, there was triumph through this tragedy, yes it was tragic, the entire incident, it was a nightmare. But there's triumph through it. There were 8 of us on that wire, we had been training for about 2 months, our intentions were to break a Guinness World Record, which we have broke on multiple occasions training in this tent."

The team was practicing on Wednesday to perform the 8-person pyramid on Thursday night at Circus Sarasota to break that world record. Wallenda explained what happened leading up to the fall.

He said the 8 performers were halfway out on the wire but it is unknown what exactly caused them to fall. He said that there was talk that someone at the front of the group fainted and there is also talk that some of them just lost their balance.

Wallenda, his cousin and another performer were able to hold on to the wire. The other five fell to the ground. Wallenda said he was sore from the impact he took but it was nothing compared to what everyone else suffered.

All of the victims injured in the accident will walk again. Their injuries include broken toes, a broken pelvis, a broken arm, facial fractures and the good news, no spinal injuries.

|NOW| Nik Wallenda says 4 of 8 on wire were family & 2 females, aunt and sister, fell and were seriously hurt @abcactionnews pic.twitter.com/gMkPZkLbss

One of the performers was as high as 40 feet in the air and he will walk away from this accident.

He stressed that what he and his team are doing is dangerous but that everyone on the team understands they are taking a risk.

Nik Wallenda: "yesterday was the roughest day of my life."

Despite the shock and confusion of the accident, Wallenda believes the show must go on. He announced that he will still perform at Circus Sarasota on Thursday night.