Copyright 2018 Scripps Media, Inc. All rights reserved. This material may not be published, broadcast, rewritten, or redistributed.
Sarasota Police Department

SARASOTA, Fla. — Sarasota Police Officers say they had no choice but to shoot a man who threatened them with what looked to be a handgun — but was actually a BB pellet gun.

Sarasota Officers were in the area of 12th and 13th Street investigating a handful of business and vehicle burglaries just before 1-o’clock in the morning Monday when two Sarasota Police Officers stopped a man on this bicycle.

Officers tell ABC Action News he was riding around without lights — in the same area where two businesses and two cars had been the target of burglars over the past three days.

When officers approached 35-year-old Thomas Gick, he pulled out a BB gun from his waistband and officers assumed it was a real handgun.

One of the officers immediately fired, shooting Gick in both of his legs. Deputy Chief Robinson says officers often have to make those decisions in a split second, and the BB gun looked very convincing.

“These are things unfolding rapidly and a lot of things out of our control that force officers to make decisions that are life and death," Robinson added.

Gick is at Sarasota Memorial Hospital. He is expected to live. Officers tell ABC Action News they’re still working to find out if he’s a suspect in those nearby burglaries.

This comes just two days after multiple groups rallied against police brutality in Sarasota. That rally comes after police tased a man who Sarasota Police Officers say “punched, kicked and bit officers.”
The police department tells us they stand by their officers in both incidents as they investigate.

According to the Sarasota Police Department, Officer Adam Arena, who shot Gick is on paid administrative leave as the investigation continues.

Once released from Sarasota Memorial Hospital, Gick will be transported to the Sarasota County Jail and charged with one count Aggravated Assault on a Law Enforcement Officer. 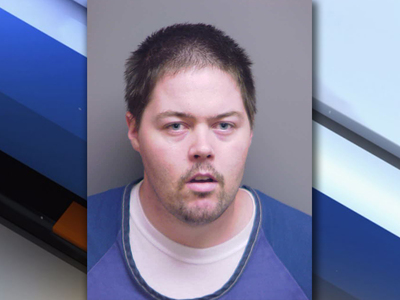