Special agents are demanding financial documents from the school 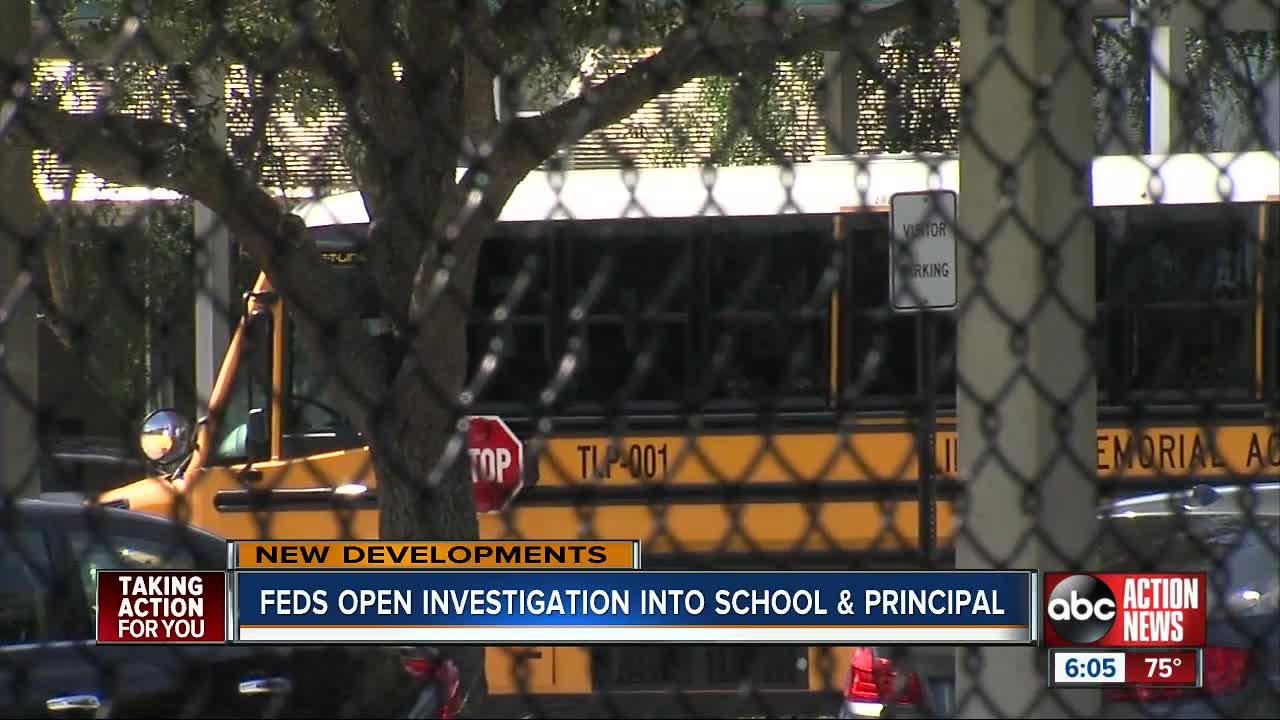 Special agents are demanding financial documents from the school.

This comes at the same time the Manatee County School District has taken over operations at the school after terminating its charter license July 24.

On July 16, the commissioner of education stepped in and said the health, safety and welfare of the school was in jeopardy.

The former principal, Eddie Hundley, still showed up on campus even though the Education Practices Commission revoked his educator certificate for 5 years after he penned two recommendation letters for a man facing sexual misconduct allegations. Quentin Peterson, 25, was accused of having an inappropriate relationship with a minor.

The recommendations letters were to help Peterson get a job with the Sarasota County School District.

Manatee County School District officials have concerns over the school’s debt, which they say it about $700,000 if not more. They say news reports of the financial woes caught the attention of the federal government.

"They may not have been given the right tools then but they will get them now,” said Mitchell Teitelbaum, the General Counsel for Manatee County School District schools. "We didn’t come in storming the doors, we came in there to work with the staff for a transition period."

This letter was sent to Teitelbaum by speical agents.

On Thursday, during a press conference, he vaguely revealed that nine days after terminating the charter's license, not all teachers at the school were properly certified.

The Commissioner of Education revealed about 41% of Lincoln Memorial Academy's budget was spent on administrative costs. The average public school in Manatee County spends about 12%.

"The district is providing documentation as requested, the district is cooperating with the federal government and their criminal investigation and will continue to do so,” Teitelbaum said.

He says even still, they haven’t received certain documents they’ve been requesting since the end of May. The feds started the investigation to find out if Hundley and Maxfield potentially committed fraud, bribery and embezzlement.

A board member for the former charter school, CJ Czaia, says Manatee County Schools is “hijacking” their high title one minority school.

"This is a political witch hunt, it's based on racism,” he said over the phone. "It’s not what we’re fighting against, it’s what we're fighting for — the African Americans and Latinos in our community who don’t have a voice.”

"Any allegation that this district was not being cooperative is to the contrary. It’s just false,” said Teitelbaum.

Eddie Hundley has passed our number along to his lawyer for comment.

The Manatee County School District says it’s getting the school ready for fall and wants it to remain a charter school. They say they want to find a new governing board.

Czaia says they are appealing the termination of the charter’s license and plan to sue the district if that gets denied.

"We are sick and tired of being the minority side of Manatee County,” said Czaia.