James "Spooky" Williams, 36, was arrested Monday night in the Care Free Cove neighborhood after a Crime Stoppers tip led detectives to his location.

Sheriff Grady Judd said an argument between the three men in the home led to the shooting.

“This was some kind of dispute," said Sheriff Judd, "We don’t know what kind of dispute. I can tell you from a great amount of investigative experience it’s going to be drugs, alcohol, women, or money. But it went bad.”

During the argument, Williams pulled out a gun and began shooting. He hit and killed Sutton and shot Joiner.

Paramedics transported Joiner to a local hospital for treatment with at least one gunshot wound. He is in critical condition 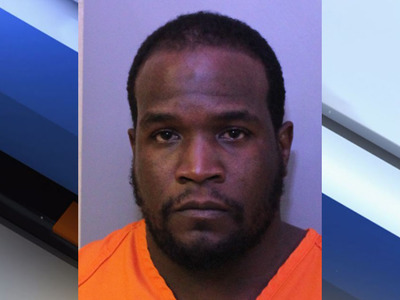 According to the Polk County Sheriff’s Office website, Sutton has a criminal history and recently got out of jail.

Sutton's mother did not want to talk on camera but wanted people to know her son.

“(He) loves family. He hit a rough patch in life trying to find his way. He was a good person with a good heart and would give the shirt off his back for any family and friend,” Shakena Lester said about her son.