These Publix engagement pictures are every Florida couple's dream 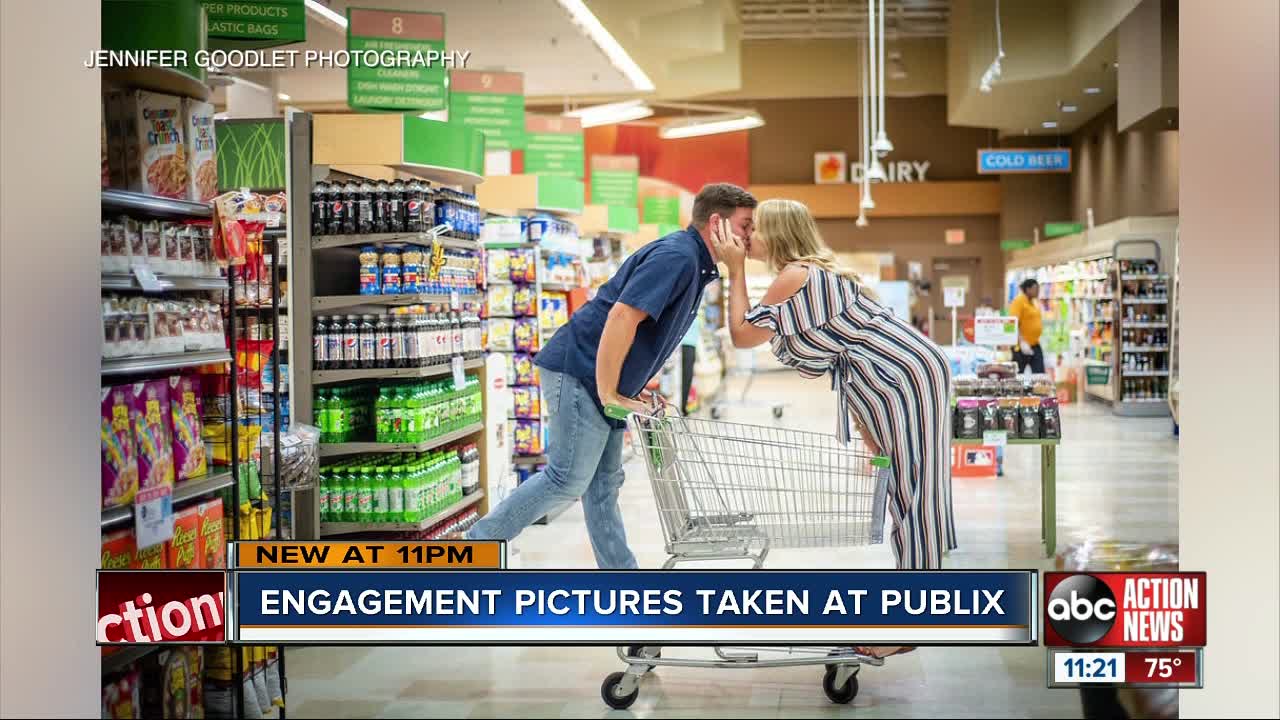 We've all truly fallen in love with the one-of-a-kind grocery chain, but this Lakeland couple thanks the store for the love that blossomed between them. Story: https://wfts.tv/2ywphcM 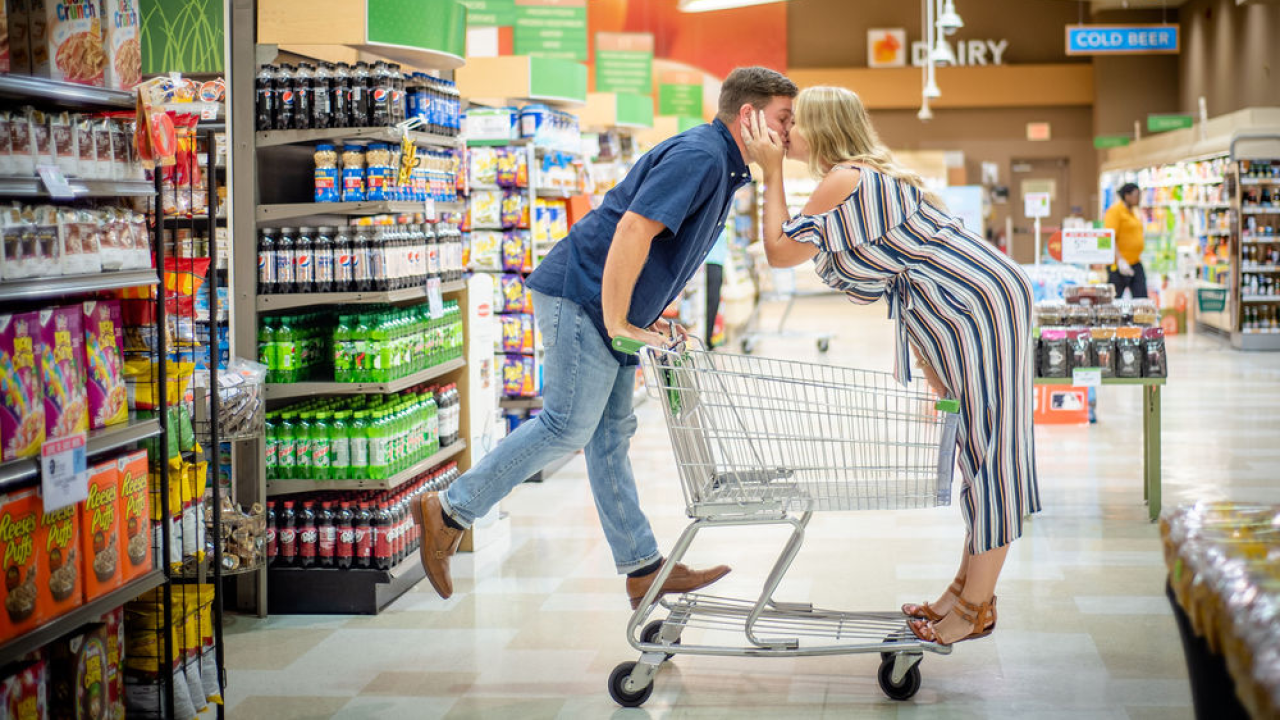 LAKELAND, Fla. — The relationship between Floridians and Publix is longstanding. After all, when it comes to pub-subs, the bakery department or that famous crispy chicken it’s hard to dispute the passion customers pay toward the Lakeland-born market.

We've all truly fallen in love with the one-of-a-kind grocery chain, but this Lakeland couple thanks the store for the love that blossomed between them.

Alexandra Darch and Dylan Smith met at Publix for the first time nearly three years ago. Darch was working the register and Smith was just hired to attend to the grocery department.

“We met working at Publix. We both agreed it was love at first sight," Darch said. "He came in on his first day and we made eye contact, I was on a register and he was getting the store tour."

Loyal shoppers have flocked to Publix since the first location was founded by George Jenkins in 1930. Today, the company boasts over 1,100 store locations in seven states and is the largest employee-owned grocery chain in the United States, according to the company's website.

Darch says the two would sneak glances at each other, attempting to catch the other's eye. Eventually, the two started talking more and spending time together in the company of mutual friends. Darch would even pick up the late shifts just to spend time working with Smith.

"I would always pick up night shifts to close down the store because I knew I'd get to work around him finishing getting the store ready for the next morning,” Darch said.

So, it was only appropriate after Smith proposed to his customer service sweetheart that they take their engagement pictures where it all started. Only this time without that iconic green vest.

“We met working in the store and thought it would be cute and original to take our pictures where our relationship first started,” Darch said.

Smith was born and raised in Lakeland, but Darch moved to the area around 10 years ago.

In the photos taken by Jennifer Goodlet Photography in Lakeland, you can see the couple strolling the aisles, taking a ride through the produce department and sneaking a kiss in the freezer section.

Don't worry, it was all approved by the store manager of course.

We asked the couple what others might think about the grocery-store engagement session.

“We think the reaction that our photos will get will be funny, but also romantic," Darch said. "And, maybe a little bit of shock. I don't think anyone has ever done their engagement shoot inside of a Publix grocery store. It’s a pretty original spot but makes sense seeing as we met here, and Publix is such an icon for Polk County."

The couple plan to marry on January 25, 2020. They will be joined by their Publix co-workers and plan to get their cake from the store's bakery.

“Lets be real, it’d be inhumane to have any other kind of cake,” Darch said.

Publix released this statement after seeing the pictures, "Our Publix family is now more than 202,000 associates strong, so we've certainly had our share of associates who found love while working with us. We wish them all the best in this next chapter in their lives."