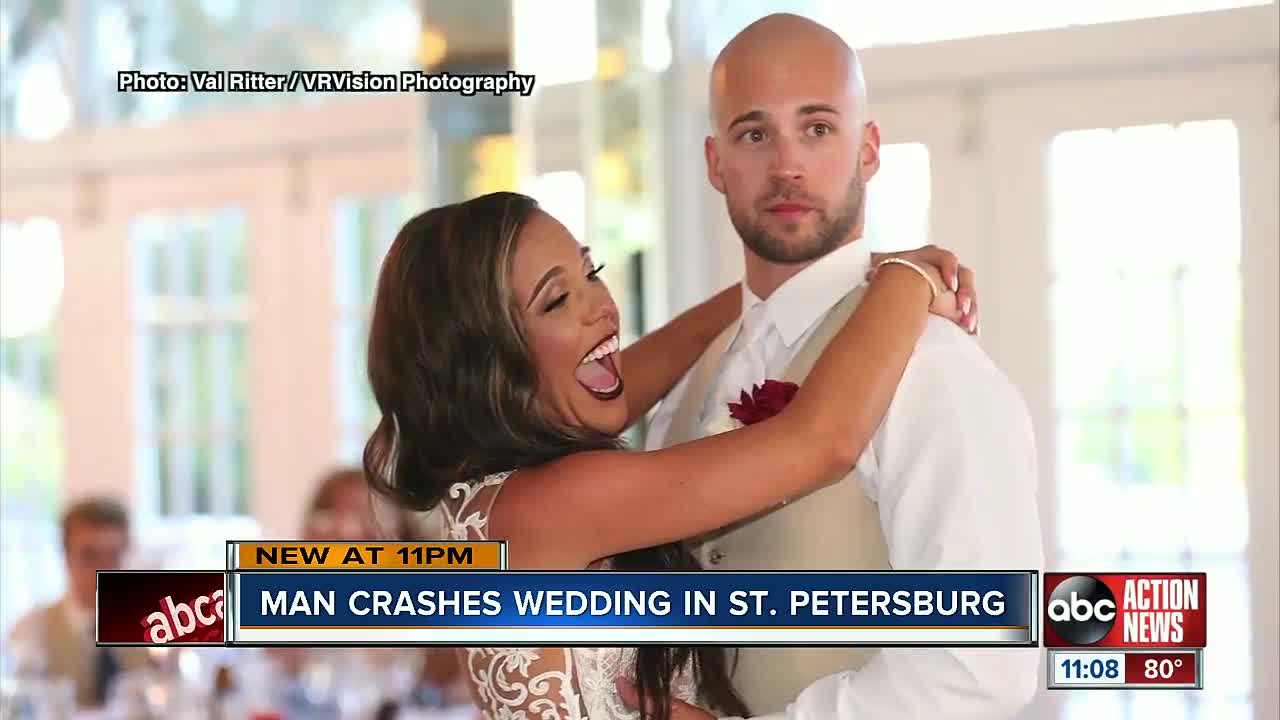 "If we could give him a high five for giving us an unforgettable wedding, we would," the couple said. 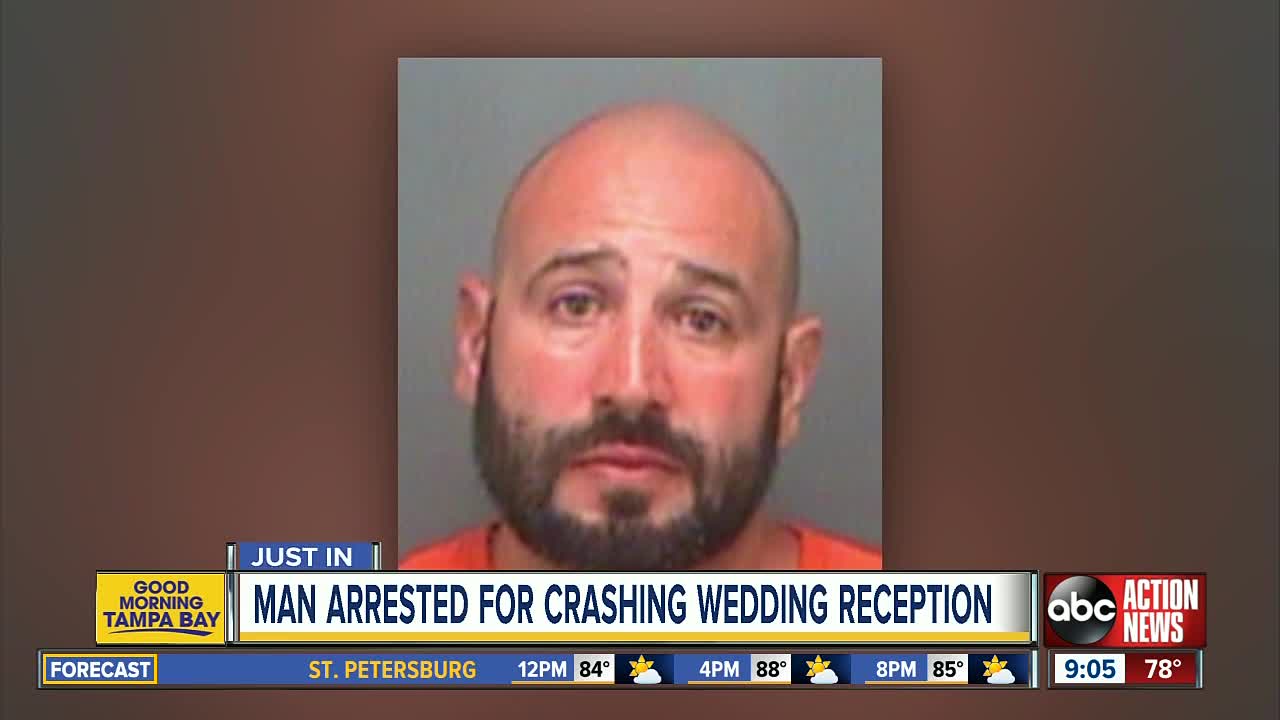 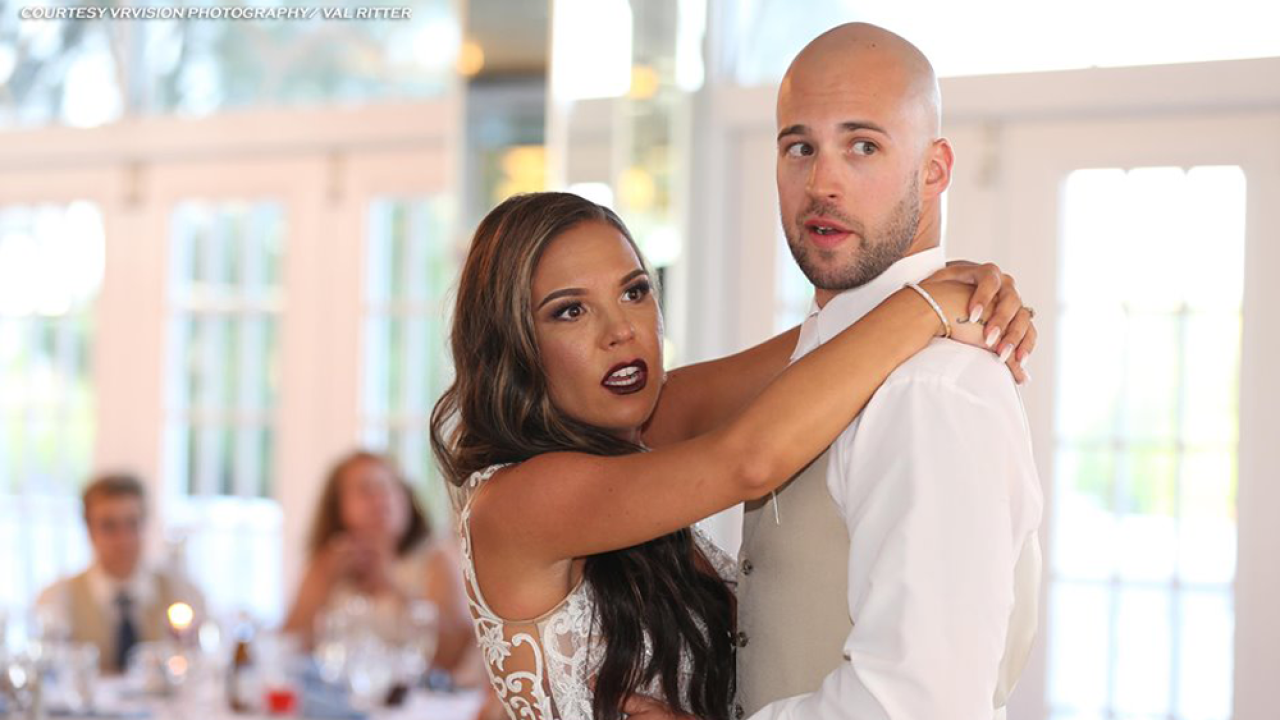 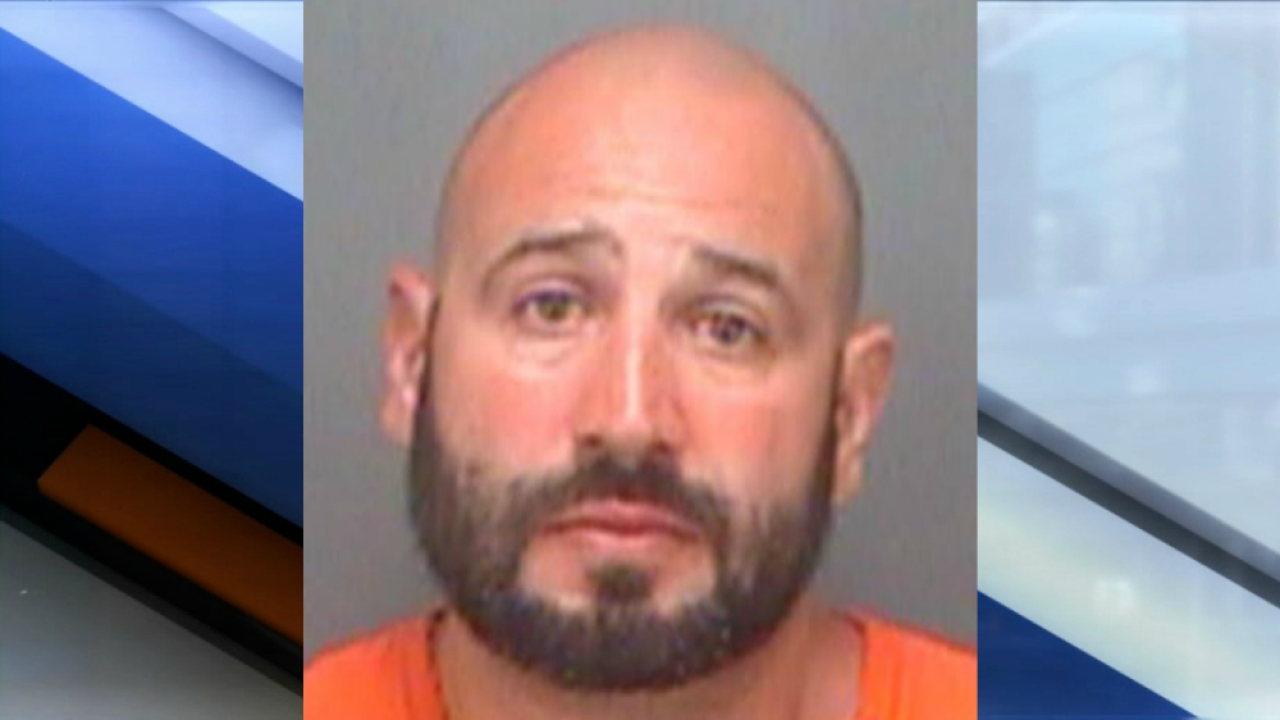 ST. PETERSBURG, Fla. — Crashing a wedding can go two ways: you have a great time while enjoying some free drinks and leave without anyone noticing you weren't actually invited or you join the bride and groom during their first dance and get arrested.

Saunderson invited himself to a wedding reception at the Grand Plaza Hotel on St. Pete Beach Monday evening, according to the Pinellas County Sheriff's Office.

After walking into the reception, Saunderson cut into the bride and groom's first dance.

Saunderson told the deputy he was from Ohio and gave him his phone number in place of his social security. The deputy said, according to the arrest report, Saunderson was unsteady on his feet, slurring his words and had bloodshot eyes.

Sauderson was arrested and charged with disorderly conduct.

A photographer with VRvision Photography captured the moments that Saunderson came in during the first dance.

The couple in town from Gainesville say they are not mad at Saunderson. In fact, they told a reporter by phone that they find it funny.

Sadie Dajka and her new husband Adam, said they were just confused, "I was like, 'Is that your friend?' and he said, 'I thought it was your friend,'" said Dajka.

The couple said they were not the ones to call police. In fact, they didn't even know he was arrested until the next morning.

The couple said they are being inundated with responses from the photos and they want people to know they don't want to see Saunderson's reputation ruined over this.

"If we could give him a high five for giving us an unforgettable wedding, we would," said Dajka.