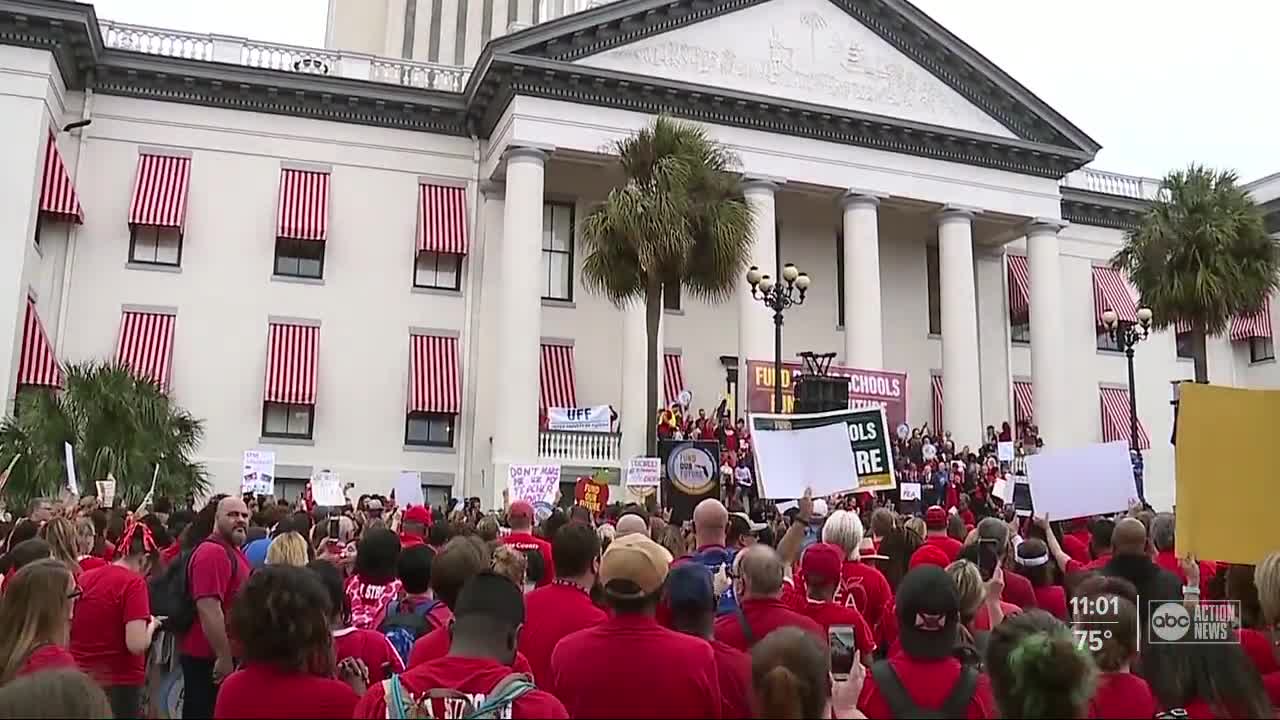 Teachers attended Monday's rally from all over the state. Teachers in Hillsborough County took a bus to Tallahassee to ask for better funding for education. 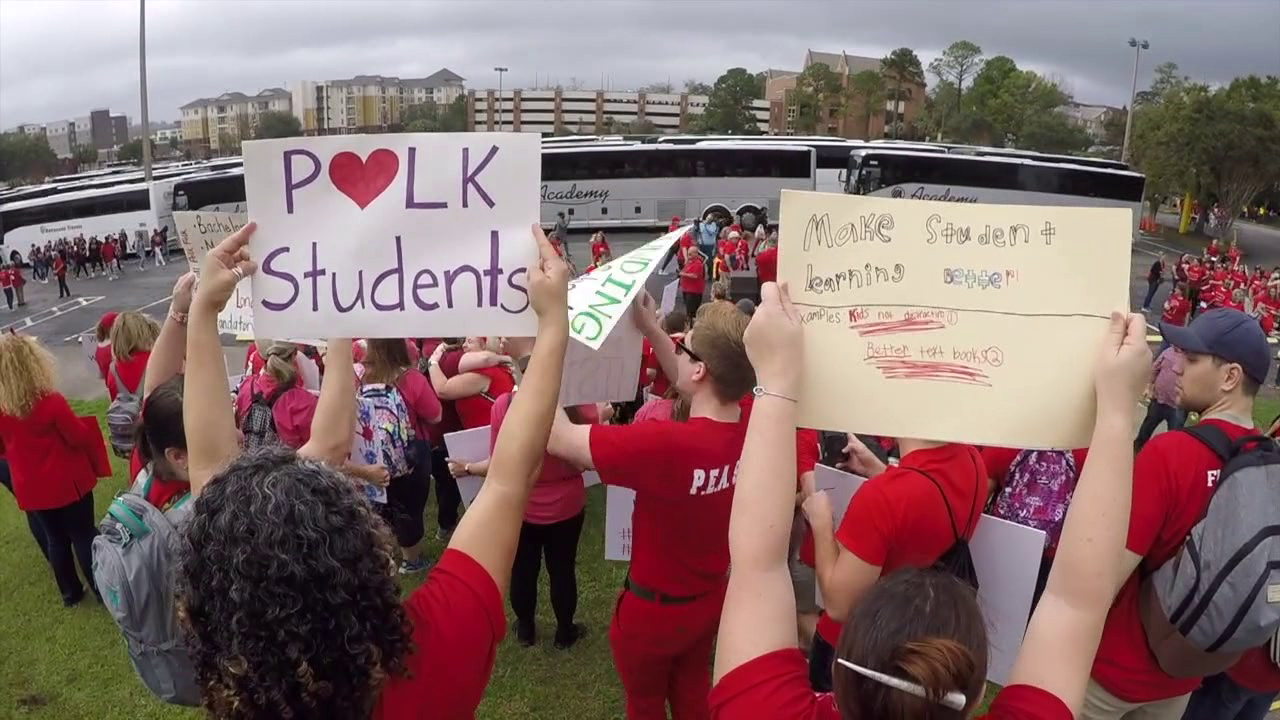 TALLAHASSEE, Fla. - An estimated 15,000 teachers and educators attend a rally in Tallahassee on Monday.

They were hoping to send a message to lawmakers ahead of the 2020 session.

"It's not just about getting an increased salary. Of course, it would be nice to make more money, but we want to truly help the future of the world by helping these kids grow up," said Jessica Kesaris, Loughman Oaks Elementary's second grade teacher.

Pasco County teachers also attended Monday's rally. Michele Fisher has taught since 1990. She attended a rally for the first time.

She supported smaller class sizes and better funding. She also has concerns regarding standardized testing.

"My biggest issue of all is the developmentally inappropriate standards that they're asking the kids to do, the testing, the non-stop testing. That's where a lot of our money is being spent," said Fisher.

"The legislators are the ones with the pen in their hand signing things into law so we hope that our voice was heard today," she added Fisher.

There were about 1,520 teachers who reported an absence on Monday of which about 1,260 requested a substitute. Some positions might not require a substitute such as academic coaches, guidance counselors or deans. A typical number of absences is a little more than 300. Polk County Schools employees more than 6,800 teachers.

The district used substitute and other district staff to cover the classrooms.

"We are our children's voices and so are their parents. We've got to be here to support them and make sure education is not devalued and defunded," said Maria Lindquist, Loughman Oaks Elementary's second grade teacher.

The Polk County School District said teachers will not be fired or disciplined or otherwise retaliated against for participating in the rally.

The Polk County School District said it contacted the Florida Department of Education to make the department aware of the situation and the district's plans to cover classrooms and well as receive any guidance from the department. The district states the letter was not a threat from the superintendent to fire its staff.

"We worked collaboratively with our teachers union for the past few months. We wanted to support our teachers’ rights to meet with lawmakers over these important issues and use their time off as they choose while ensuring our students have their teachers in the classroom as much as possible."