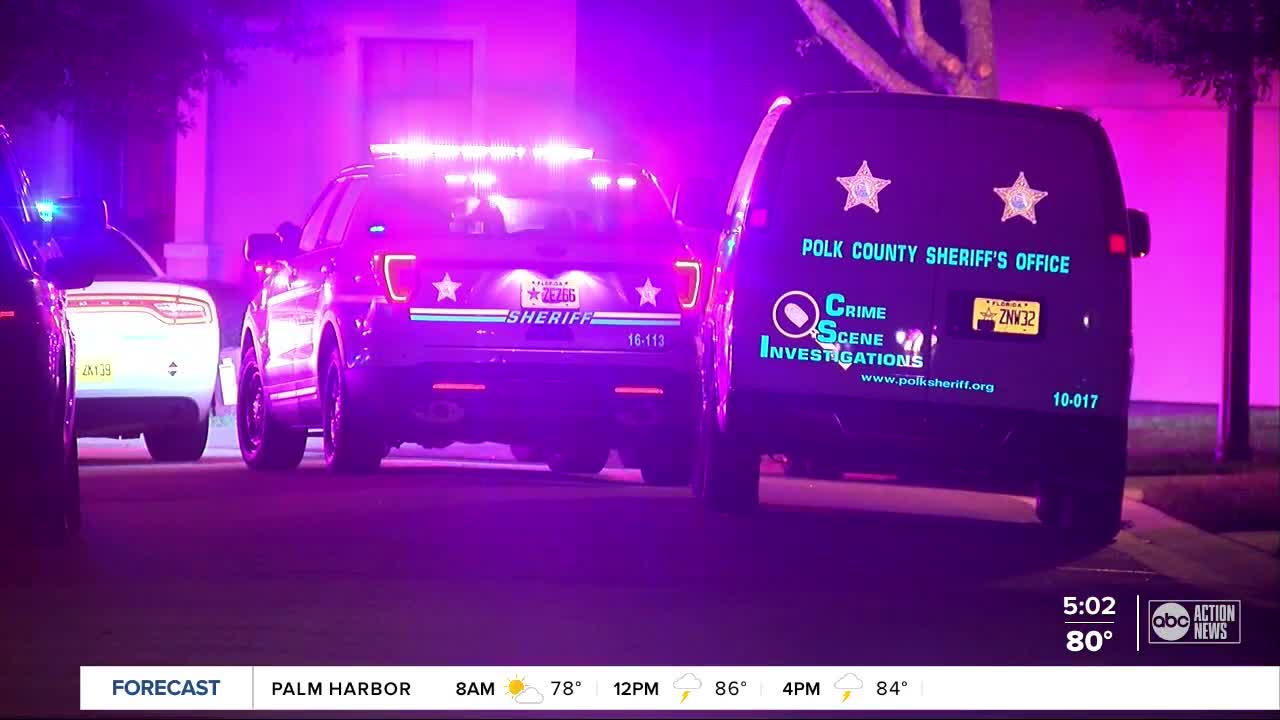 POLK COUNTY, Fla. — The Polk County Sheriff's Office says four 16-year-olds were injured, one critically, when they were hit by another teenager after a party on Wednesday night.

According to authorities, the driver, who was also 16, was arrested after he crashed his car eight miles from the scene and tried to run away.

The sheriff's office says deputies initially responded to the Cypress Pointe neighborhood in Davenport for a loud house party around 9:30 p.m. When they arrived, authorities say teenagers began to quickly leave the area.

Authorities say the victims were standing in the driveway of a home when the 16-year-old driver hit them with a 2020 Kia Stinger. Three of the victims suffered non-life-threatening injuries, but deputies say the fourth was dragged by the vehicle.

Authorities say the girl was flown to Arnold Palmer Hospital and is in critical condition. She suffered internal injuries, multiple fractures and lost skin and muscle, according to the sheriff's office.

According to a press release, the party was taking place at rented vacation home. The suspect and injured victims all live in Orange County.

"Detectives are still working to determine who was responsible for renting the vacation home, and who invited all of the teens - further charges are possible related to that portion of the investigation," Sheriff Grady Judd said. "This is one of those events that parents always fear...a mix of unsupervised teens, a house party, alcohol, and a horrific result."

The driver blew a .121 on two samples during a breath test, deputies say. That's more than one-and-a-half times the legal limit of .08.

ABC Action News is not naming the driver because he is a juvenile.

The sheriff's office is also investigating another hit-and-run from Tuesday night that killed a Lakeland woman. Deputies say the victim was dragged by the vehicle before ending up in a ditch 101-feet from where she was first hit. The victim's identity is unknown at this time.