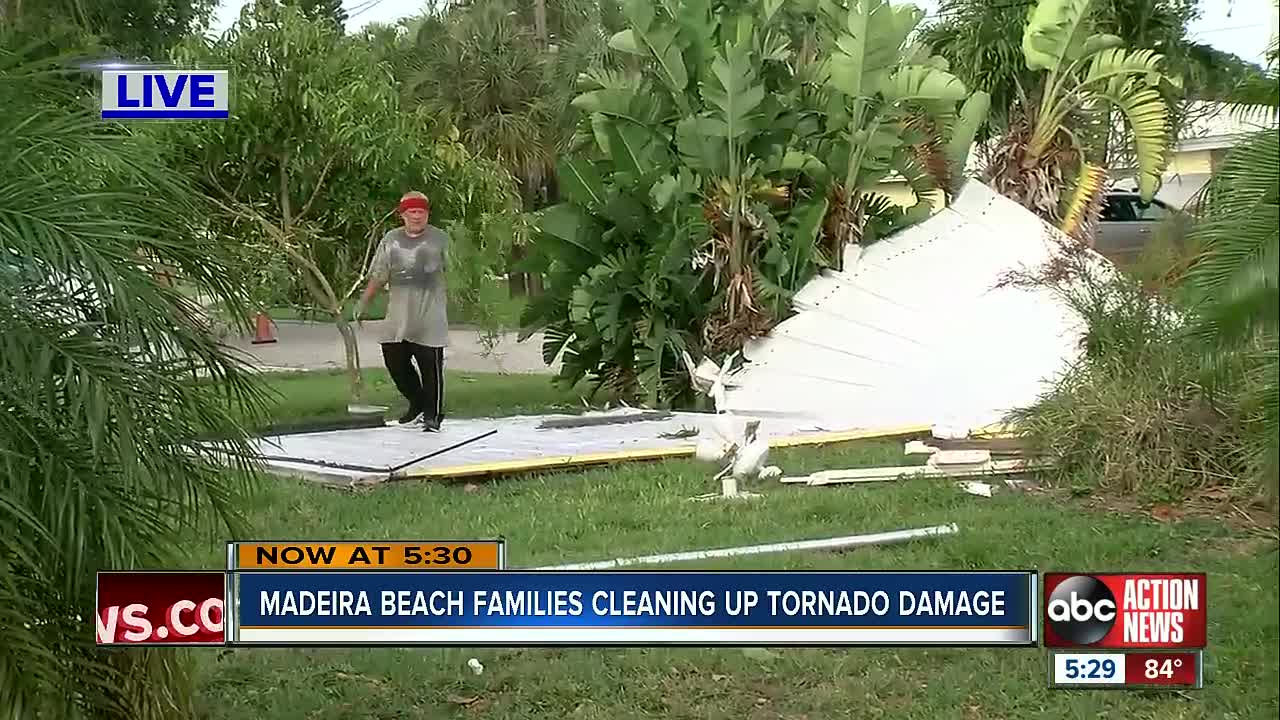 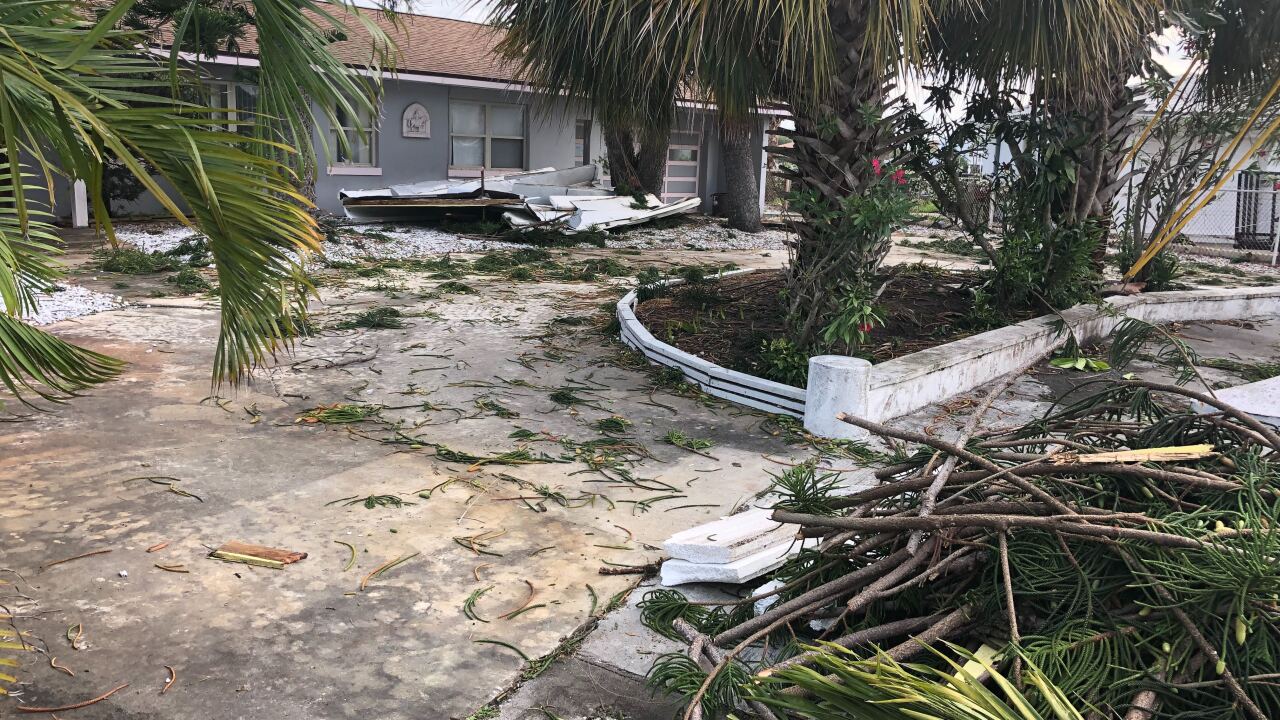 MADEIRA BEACH, Fla. — The National Weather Service now says a waterspout led to an EF-0 tornado which touched down on Madeira Beach Sunday afternoon. The damage was mostly contained to one home on West Parsley Drive.

The tornado packed a punch with wind gusts up to 70 miles per hour, which were strong enough to pick up and toss an enclosed sunroom over the home and throw it all the way across the street into a neighbor's yard.

Nearby homeowner Cathie Gary has two words to describe the winds that whipped through her neighborhood. “High velocity!” she exclaimed. “When you see that it tore off an entire sunroom in a matter of a minute and a half maybe. We’re talking powerful!"

Joan Como snapped a photo of the waterspout in Treasure Island. “It looked like a funnel over the ocean," she said.

Dan Noah with the National Weather Service says surveillance video taken from the home shows clear signs of a tornado. “It’s the suction power of the tornado that lifted up that porch," Noah added.

NWS says the 50-yard-wide funnel cloud touched down for one-third of a mile. Exactly 90 seconds is all it took to cause the damage.

“A lot of those are waterspouts that come on-shore and go away after a few hundred yards and that’s what happened here,” Noah explained.

Florida averages 52 tornadoes a year, according to the National Weather Service. Although they vary in severity, they’re pretty common.

As the cleanup continues in Madeira Beach, the neighbors are vowing to pay close attention to the next severe weather warning.

“We need to pay attention, watch the news, watch the weather and be ready to get out,” Gary said with a sigh.

The owner of the home was not home at the time of the tornado. He says he will have contractors out assessing the damage later in the week.