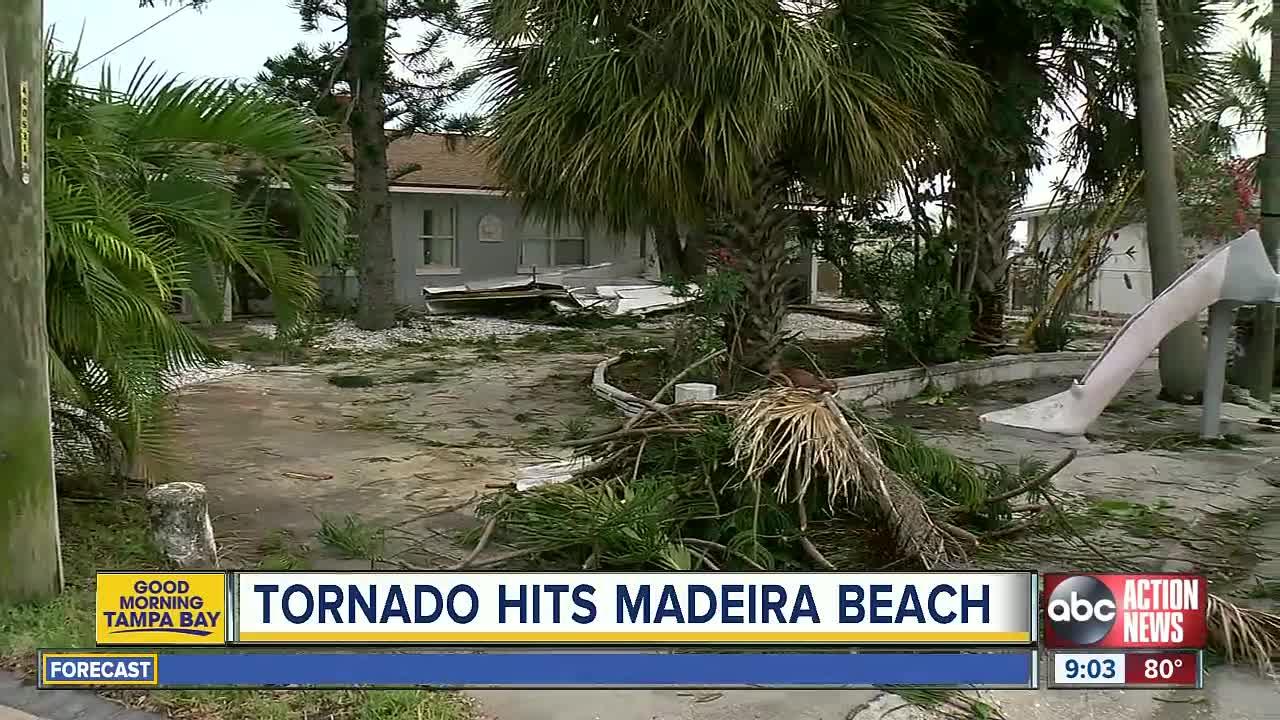 According to the National Weather Service, a short-lived waterspout that came ashore as a EF0 tornado caused wind damage in Madeira Beach. 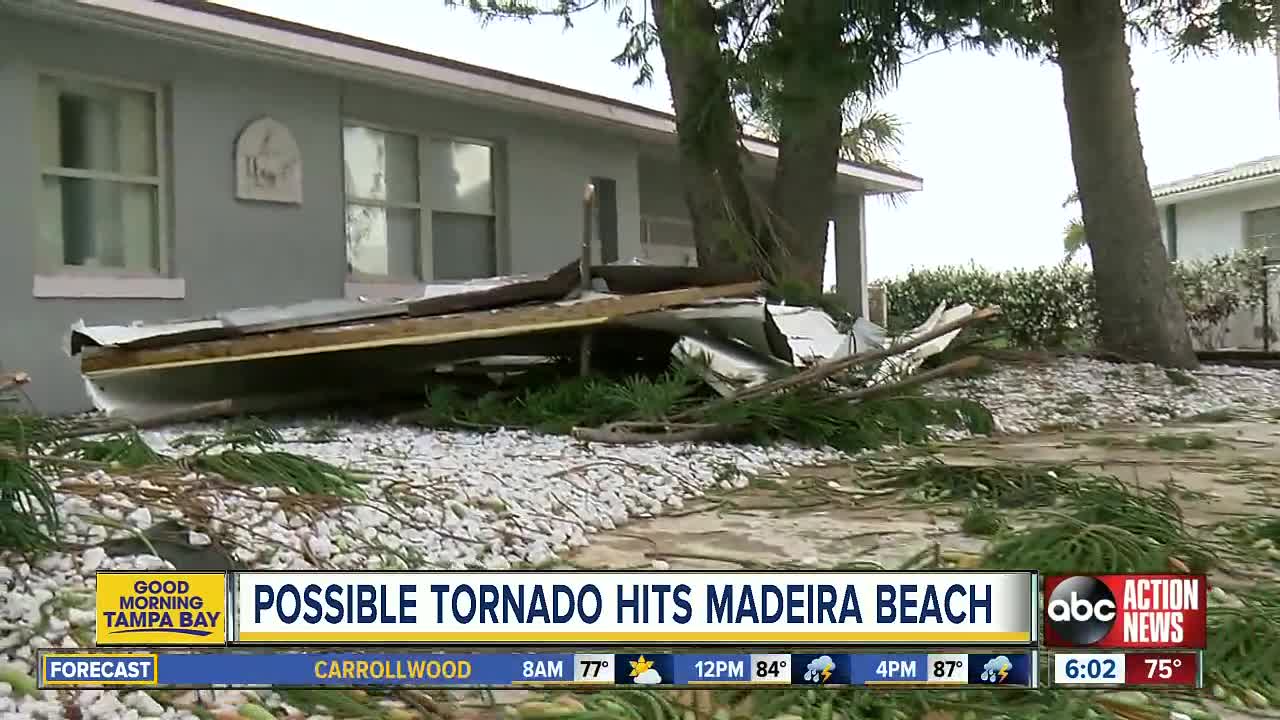 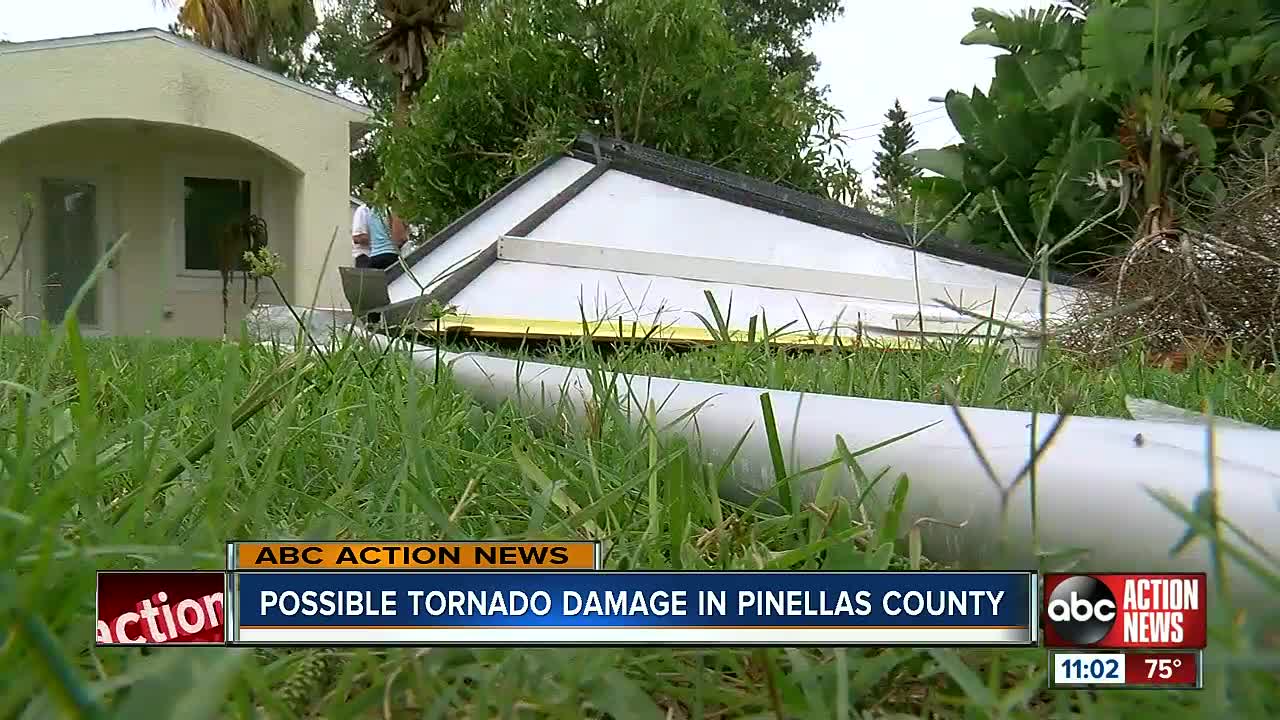 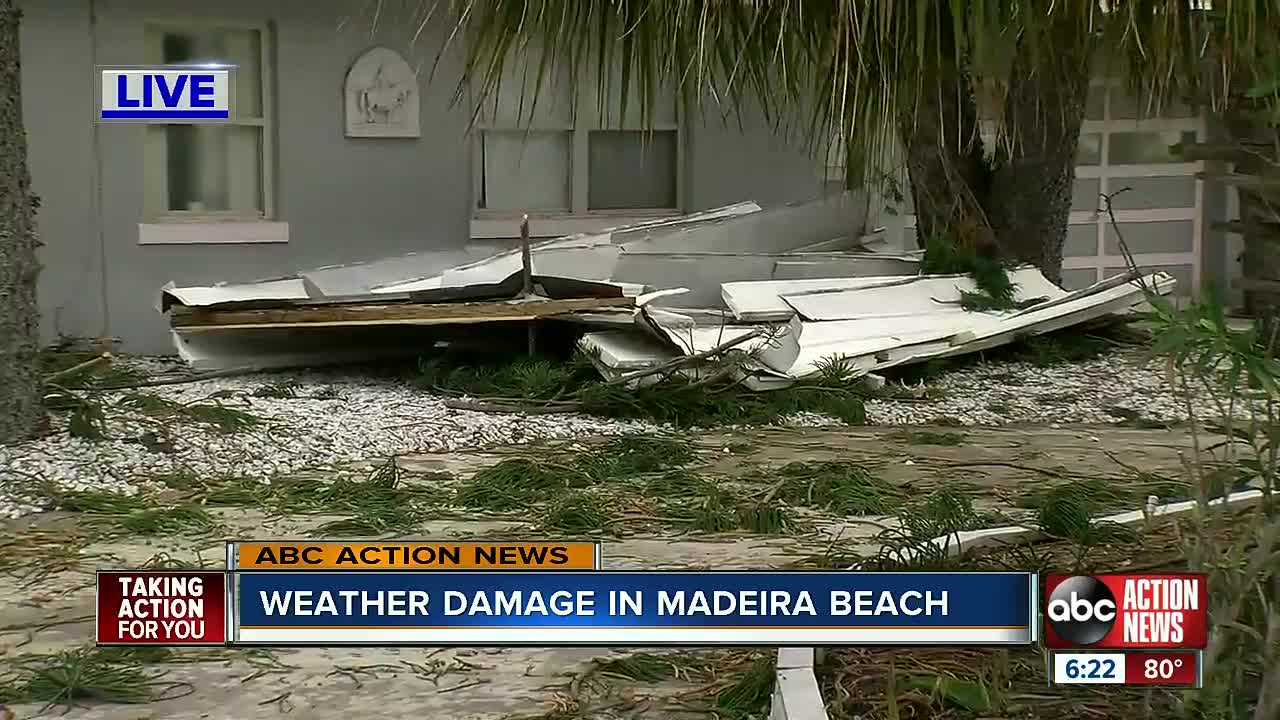 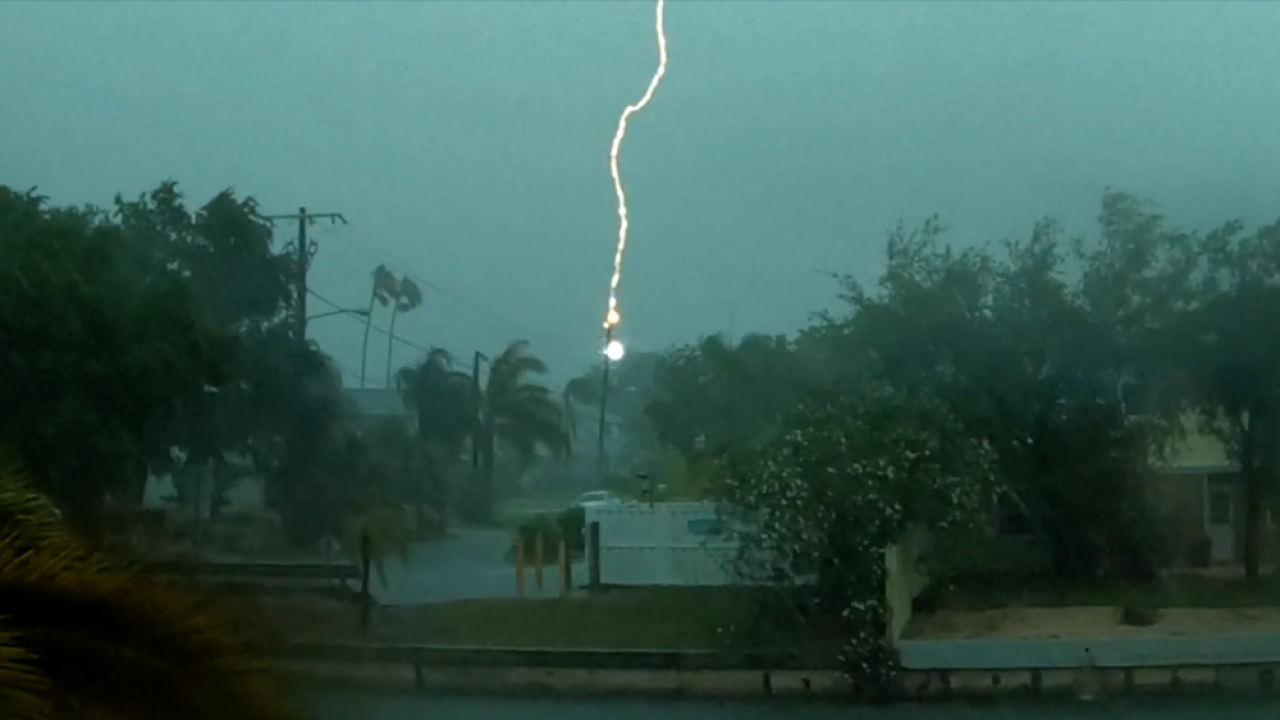 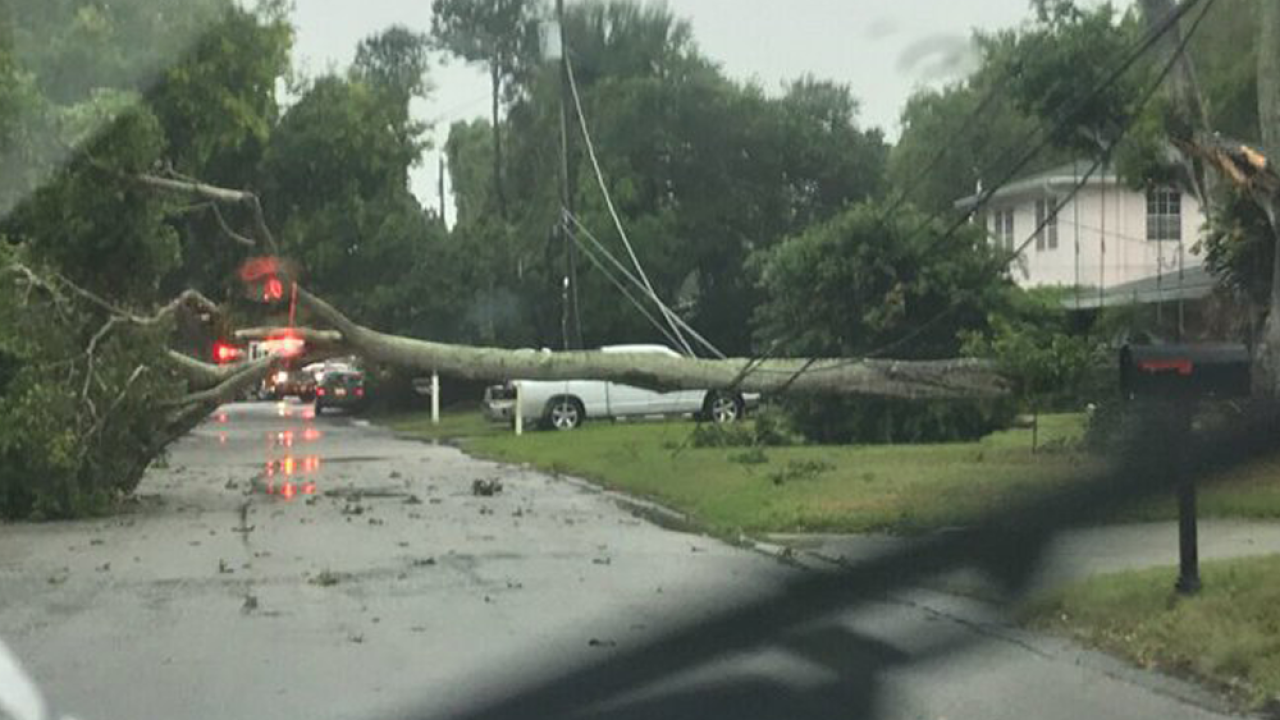 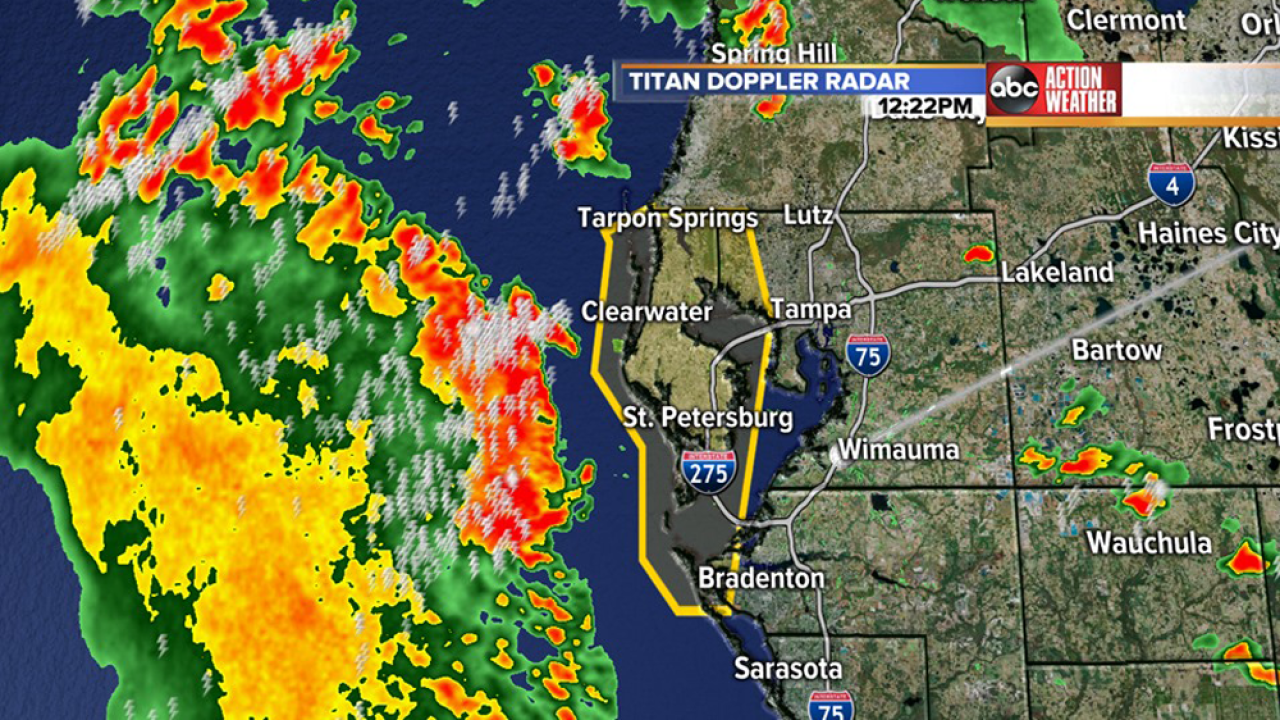 TAMPA, Fla. — Severe thunderstorm warnings were effect for some counties as severe weather brought heavy rain and strong winds to the Tampa Bay area on Sunday. All warnings expired around 3 p.m.

This video captures lightning striking a transformer in the Baycrest Subdivision of Tampa around 1 p.m., as the severe weather moved through.

According to the National Weather Service, a short-lived waterspout that came ashore as a EF0 tornado caused wind damage in Madeira Beach.

The widespread damage included knocked down power lines, structure damage and snapped off trees and branches.

WILD! Take a look at what this homeowner's surveillance footage caught. Strong winds blew off the roof and knocked out the power. A possible tornado touched down in Madeira Beach. @SarahHollenbeck spoke with the homeowner. Catch her report tonight at 11 on @abcactionnews pic.twitter.com/ZfjU5aUrkG

Following the severe storms, trees and power lines were reported down in parts of Clearwater and Pasco County.

We have a few reports of trees and wires down from the line of strong storms. Here’s a downed tree in the 1100 block of Norwood Avenue. Wires are down there as well. Thankfully, no injuries. pic.twitter.com/SBKmCwUML3

Pasco firefighters are receiving a large amount of calls for wires and trees down caused by the heavy storm that moved through the county. Please be patient if you have called our dispatching center they prioritizing all calls getting appropriate units dispatched.

Stay with ABC Action News for the latest on this severe weather threat.

Have pictures or videos of weather in your area? Email them to us at webteam@wfts.com.