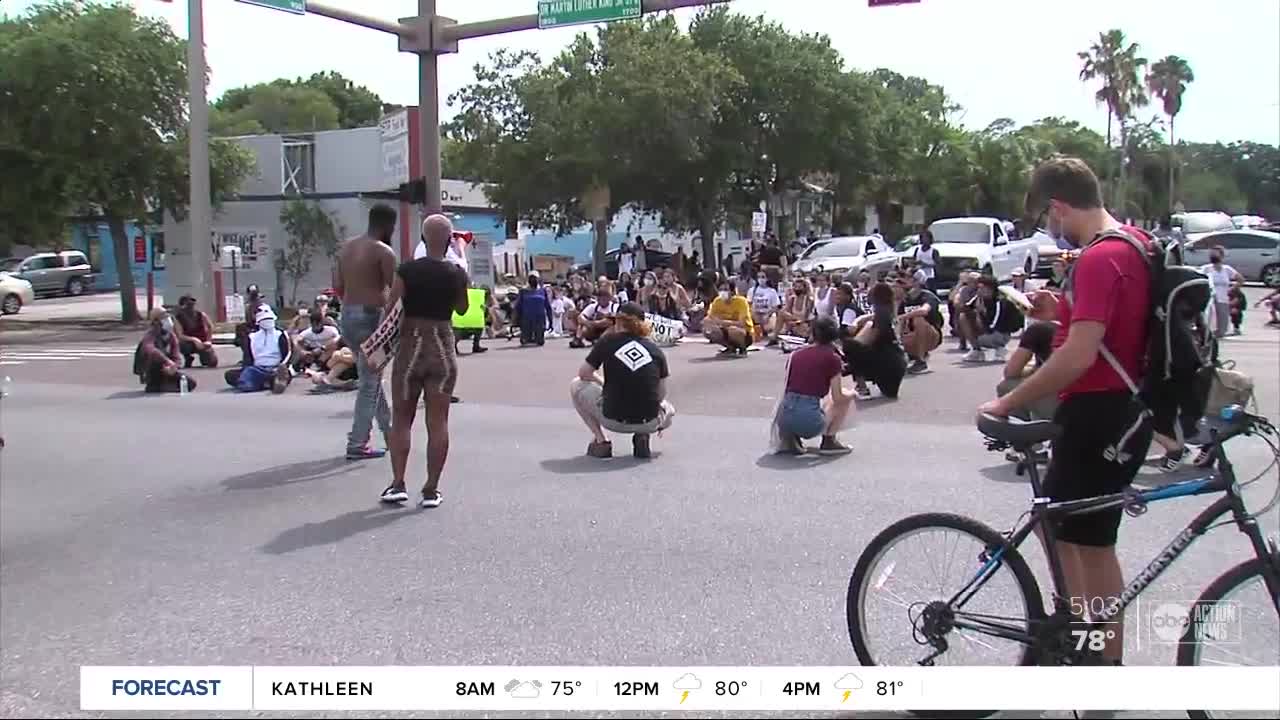 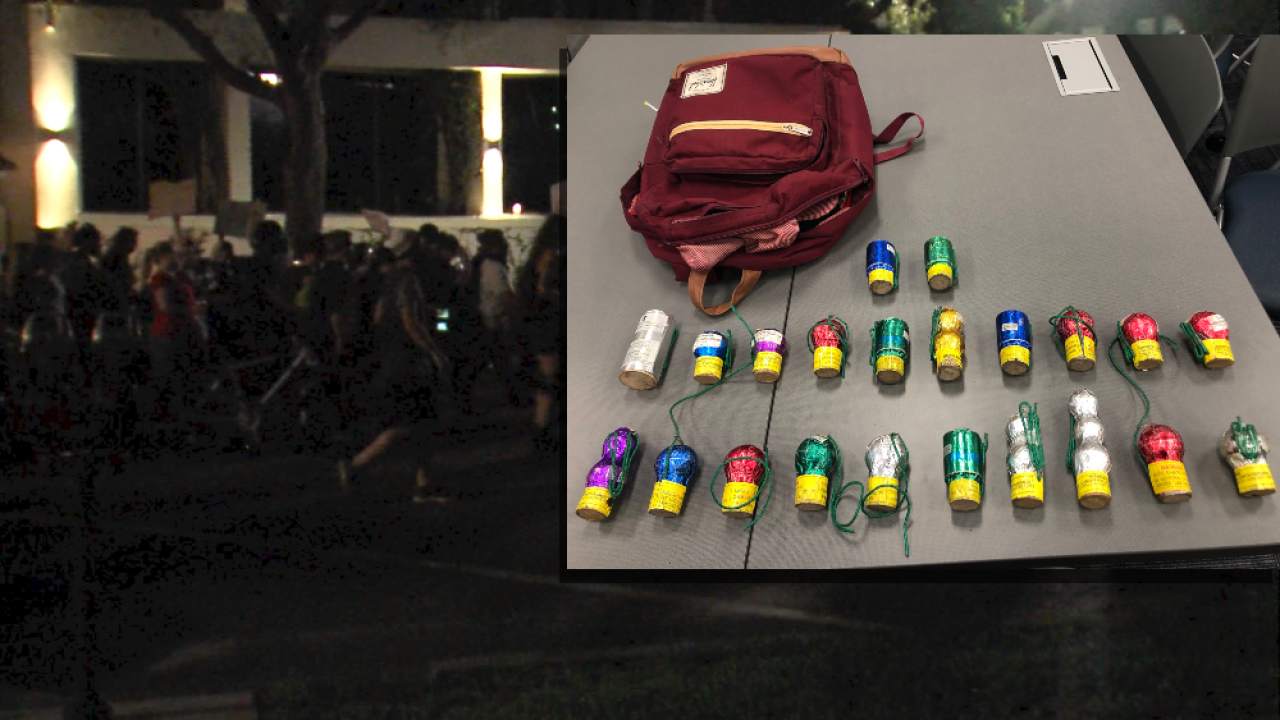 St. Petersburg Police say about 300 demonstrators starting marching on city streets around 2 p.m. The group took over major intersections, halting traffic for several minutes. Because the march was peaceful, officers allowed the group to continue their protest.

Later Tuesday night, police learned some protesters were setting off large incendiaries as they marched. This concerned officers because they did not know what type of devices were being set off.

When the crowd returned to the front of St. Petersburg Police headquarters at 11:48 p.m., officers announced it was an unlawful assembly due to the incendiary devices being used. Police told the demonstrators they needed to leave the area for their own safety and the safety of the officers.

Officers and Pinellas County deputies ended up arresting 23 people who refused to leave the area. One of the arrested protesters had a backpack full of large fireworks.

Peaceful protests for about 10 hours today. Thank you to those who conveyed a message without violence, fireworks. @StPetePD once again accommodated and provided space for the marchers all day. Once some protesters arrived with incendiaries, an unlawful assembly was declared.

Police did not release the names of those arrested or the charges they are facing.