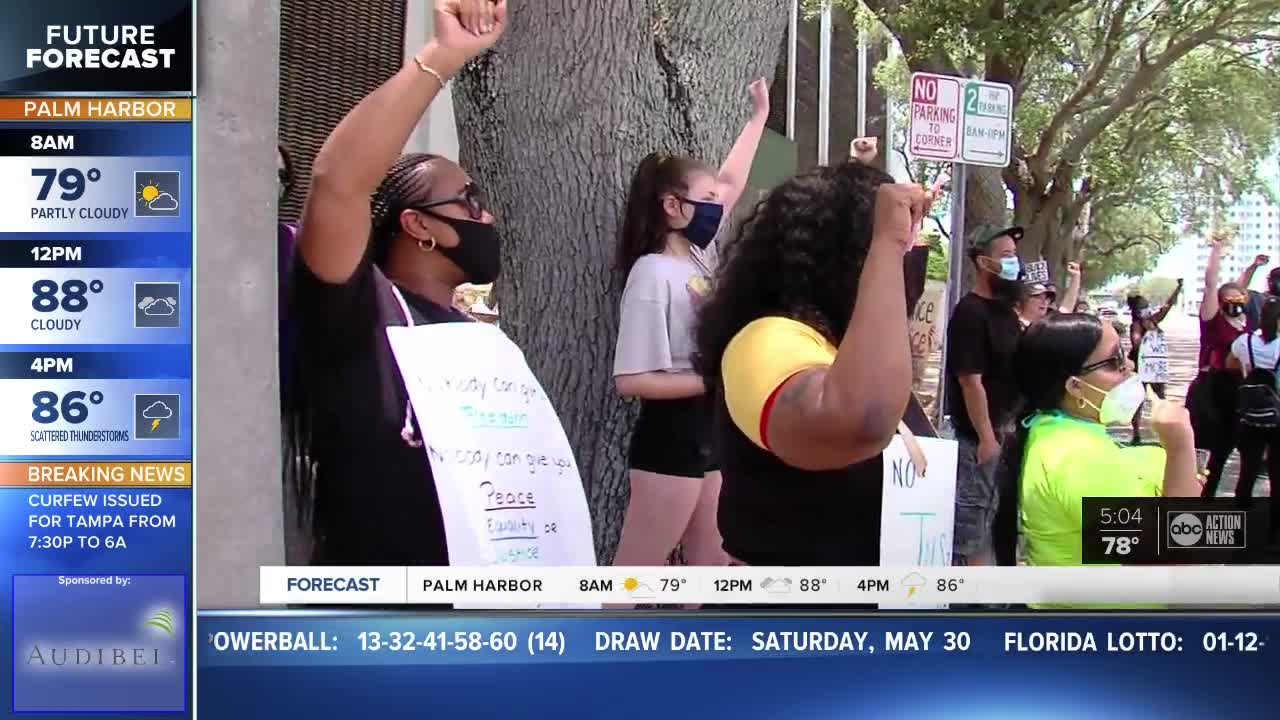 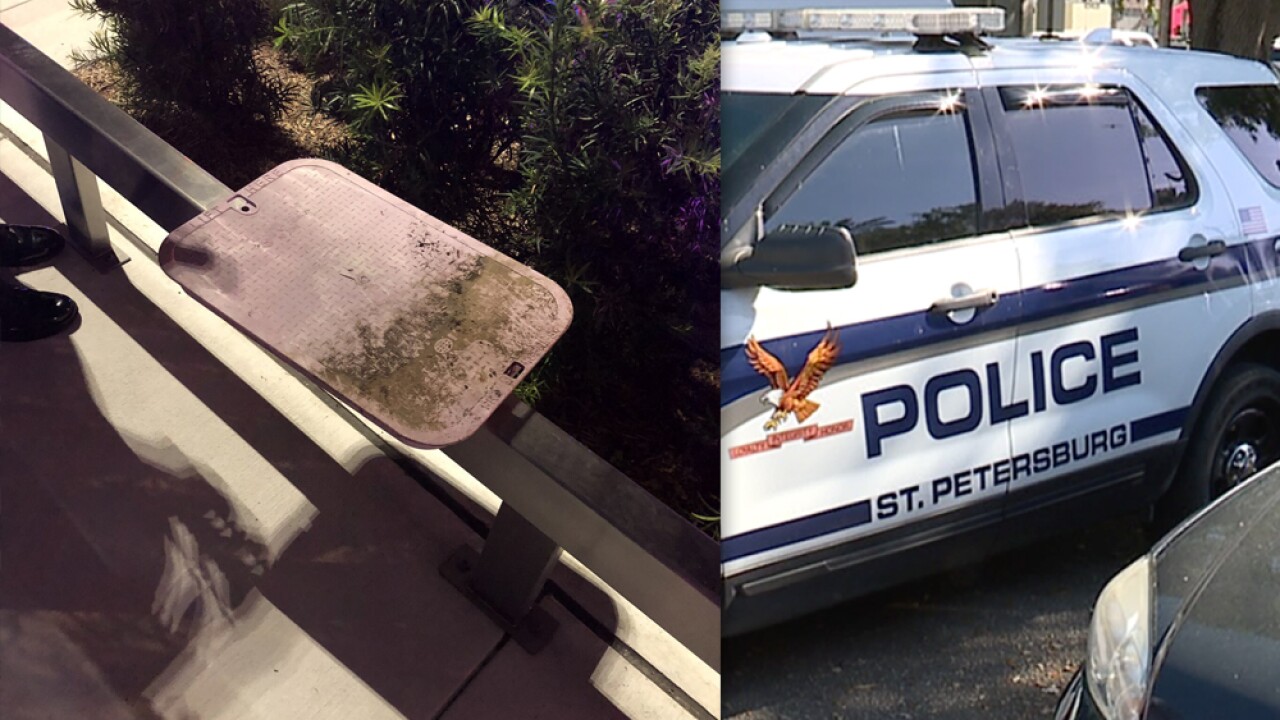 The arrests happened just before 11 p.m. on Sunday after several hours of peaceful protests throughout the weekend. Tear gas was not used to contain the attacks, according to the police department. Instead, officers said they dispensed smoke.

Protesters tore water meter covers off and threw them, bottles, rocks at the officers in front of PD. #stpetepd dispensed smoke and told them to go home or be arrested. No tear gas used.14 arrested. pic.twitter.com/Edcr0rlFC8

Mayor Rick Kriseman showed his support for the police department on Twitter following the arrests.

Just left @StPetePD HQ. So proud of the men and women there. Proud of their professionalism. Proud of the peaceful protesters in our city. Wishing peace and healing to all throughout our nation tonight.

More than 100 people protested peacefully outside the St. Petersburg Police Department Sunday while the chief and mayor held a press conference.

“If you are protesting peacefully, we want that, we welcome that,” said Chief Anthony Holloway.

Inside the emergency operations center, police manned phones and kept an eye on the march. They were ready to intervene, but said they were trying not to.

“If you violate the law, break the law, damage any property, do anything to any one of our citizens or one of our police officers, you are going to jail,” said Holloway.