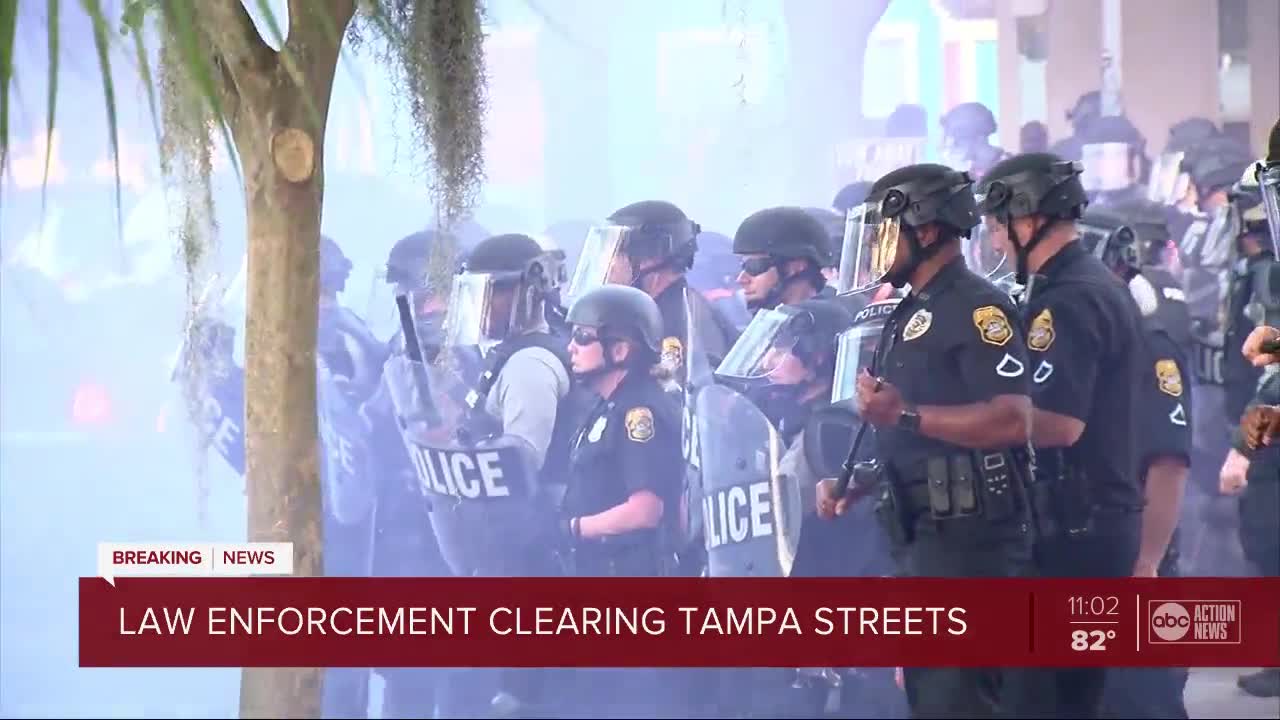 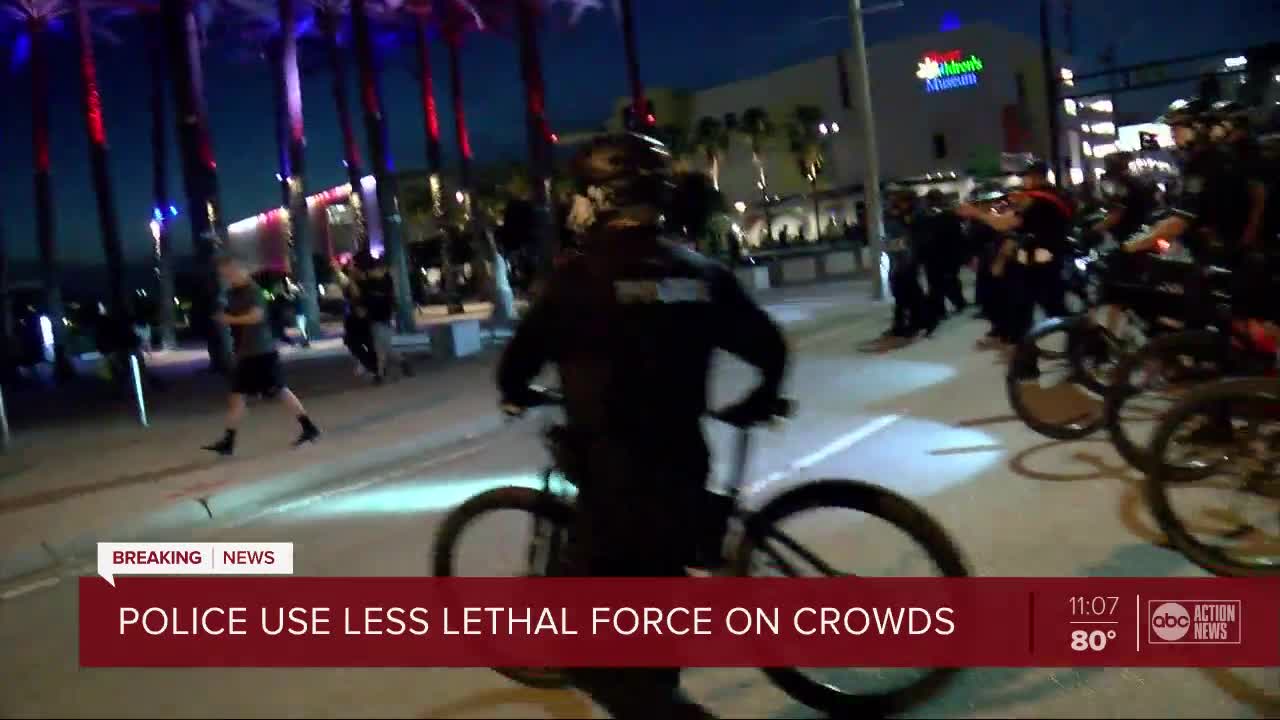 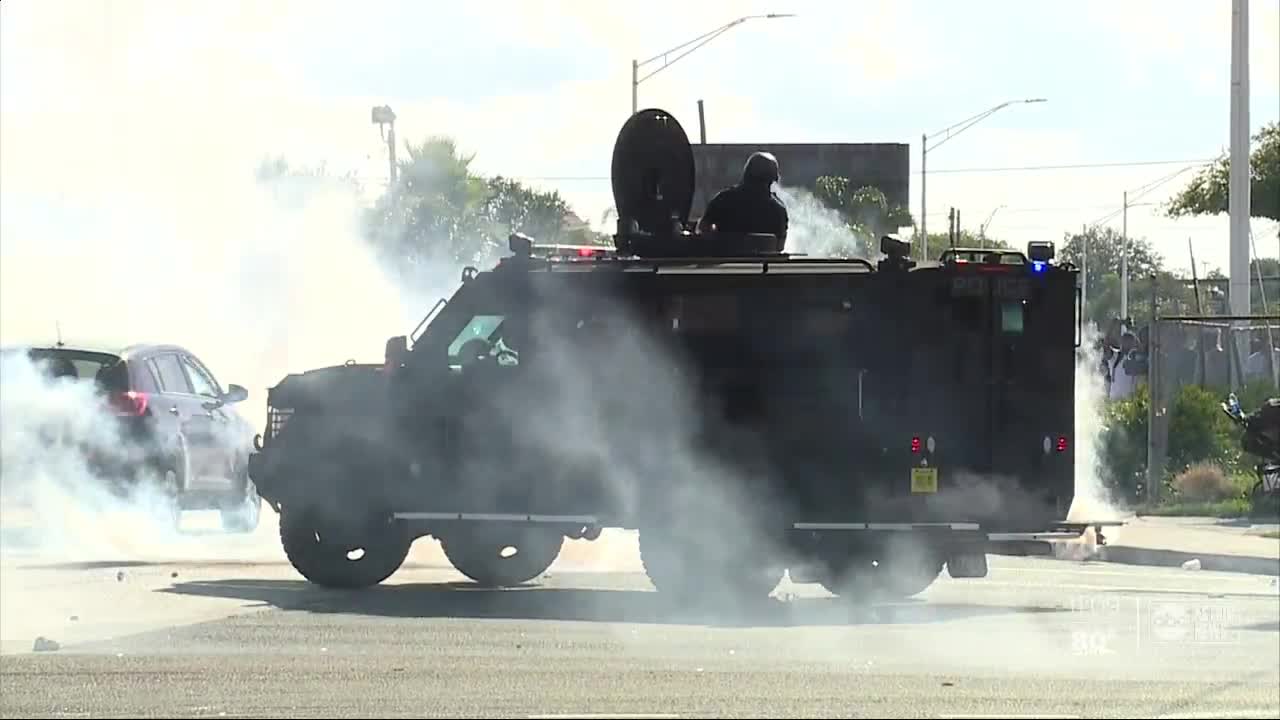 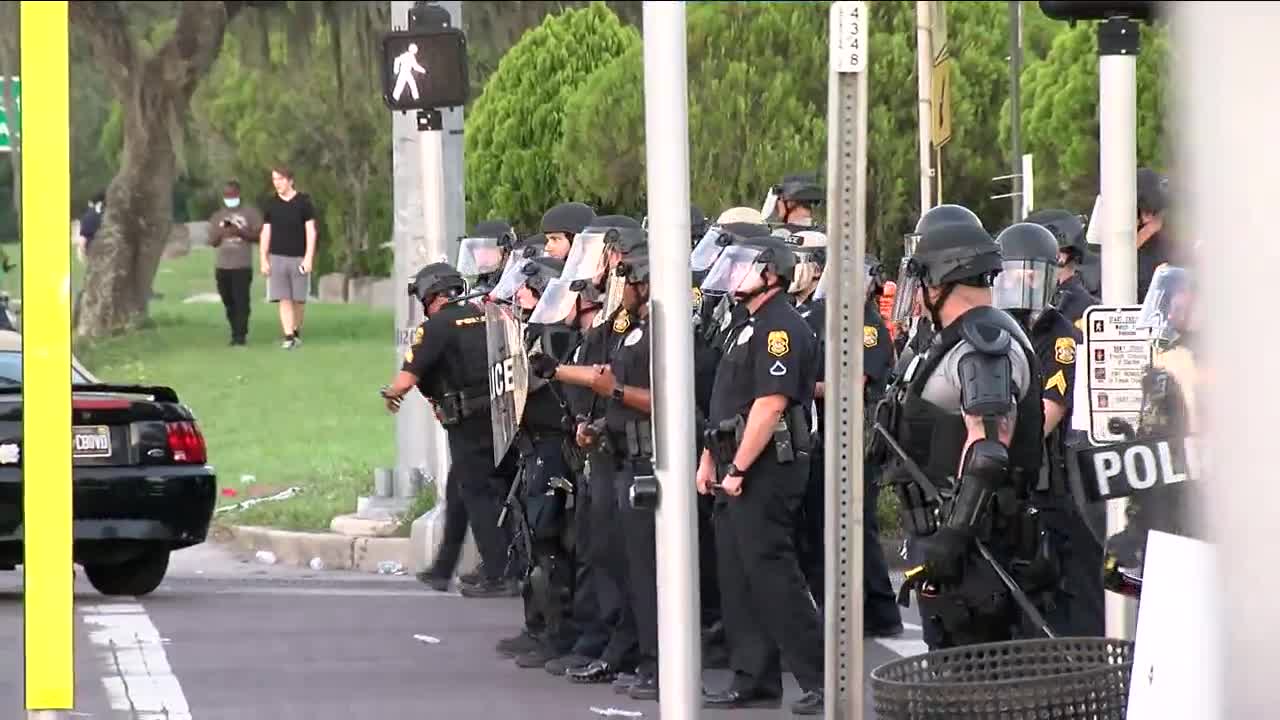 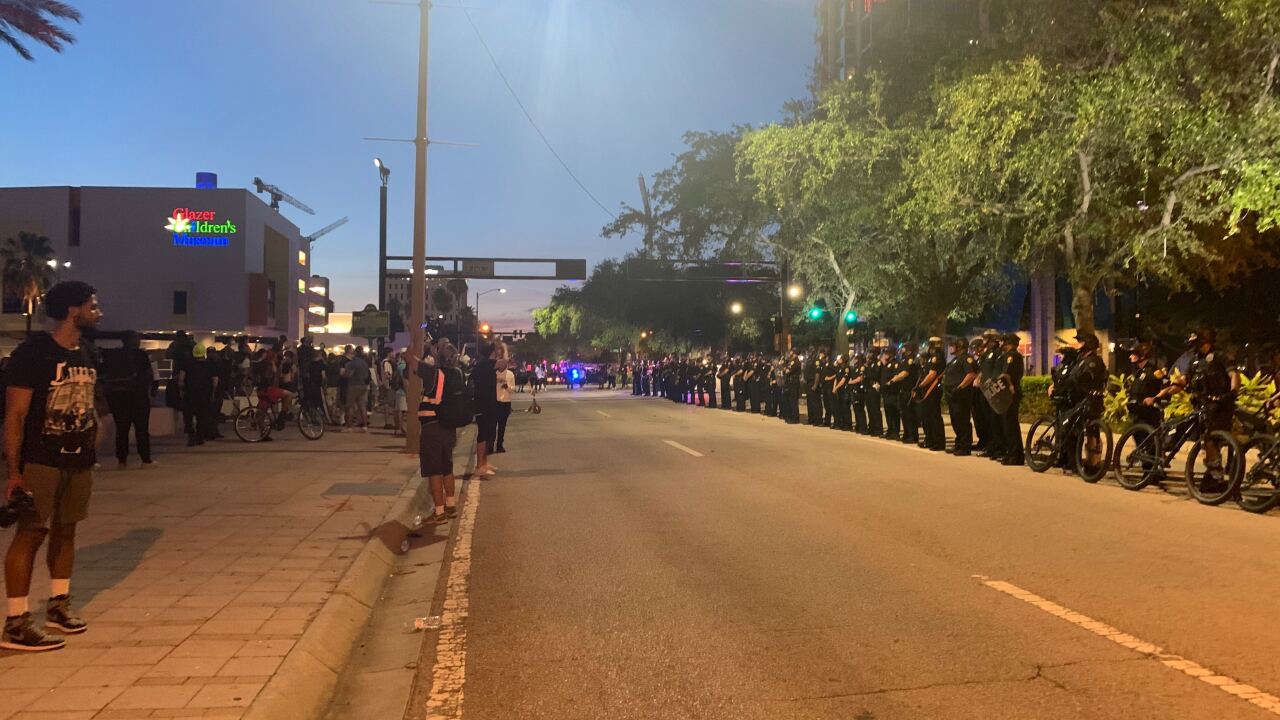 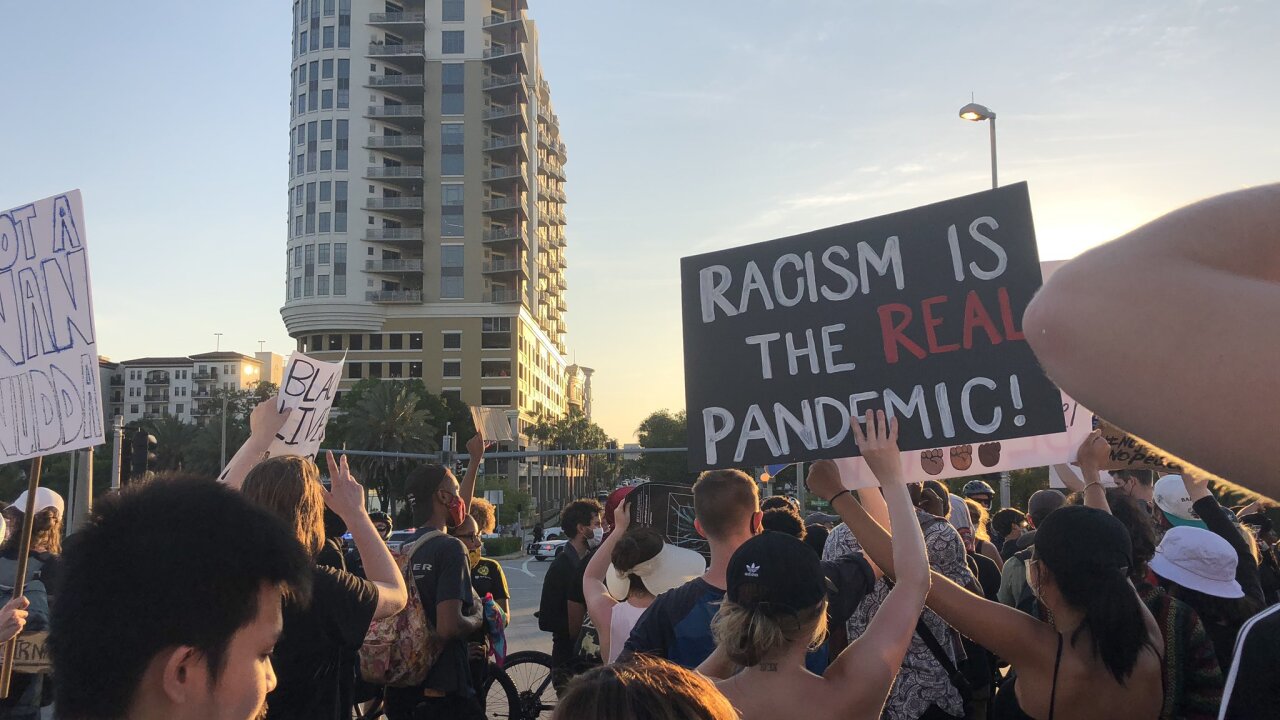 TAMPA, Fla. — On Sunday, protests continued across the Tampa Bay area in the wake of George Floyd's death.

Protesters and law enforcement both took to the streets once again after Saturday's peaceful protests took a violent turn at night. During Saturday night's protests, several stores were looted and some were even set on fire.

The protests come after the death of George Floyd. Floyd was a 46-year-old man who died Monday night after Derek Chauvin, a now-fired Minneapolis police officer who was charged with third-degree murder on Friday, knelt on his neck for several minutes, despite pleas from Floyd and bystanders.

Downtown now appears calm and it seems protesters have dispersed.

9:05 PM | Businesses in Ybor City are boarding up to protect themselves from the unrest.

8:23 PM | Fire in the streets at MLK and N 22nd St as violent protests continue in Tampa.

Fire in the streets at MLK and N 22nd St as violent protests continue in Tampa. Fire department on standby to put it out per @MichaelPaluska. @TampaPD working to disperse crowds as curfew started at 730 pm. Watch live in @abcactionnews app >> https://t.co/C9q2A8FUyf pic.twitter.com/zwLNY2aor9

8 PM | TPD determining what course or action officers will take against people violating the curfew. Some people are starting to disperse, McKenna King reports.

Just talked with @TampaPD. They are determining what course or action they’ll take against people violating the curfew. People are starting to disperse. TPD says they’re hoping people will go home peacefully on their own. pic.twitter.com/bLaTy5xXwB

Mayor Castor issues curfew for the City of Tampa