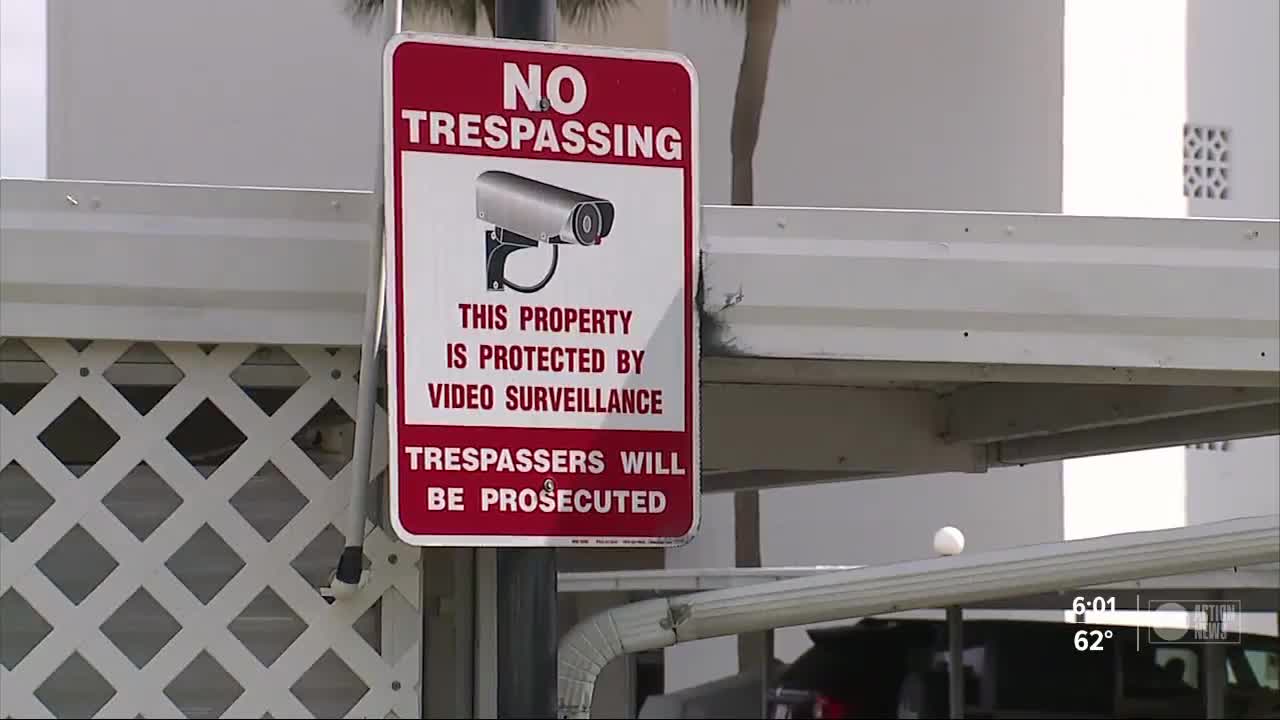 A serial vandal is terrorizing a Clearwater condominium. The criminal is pouring super glue on door locks this Thanksgiving holiday. The victims are convinced they were targeted because they all share one common element. Now, Clearwater Police is investigating. 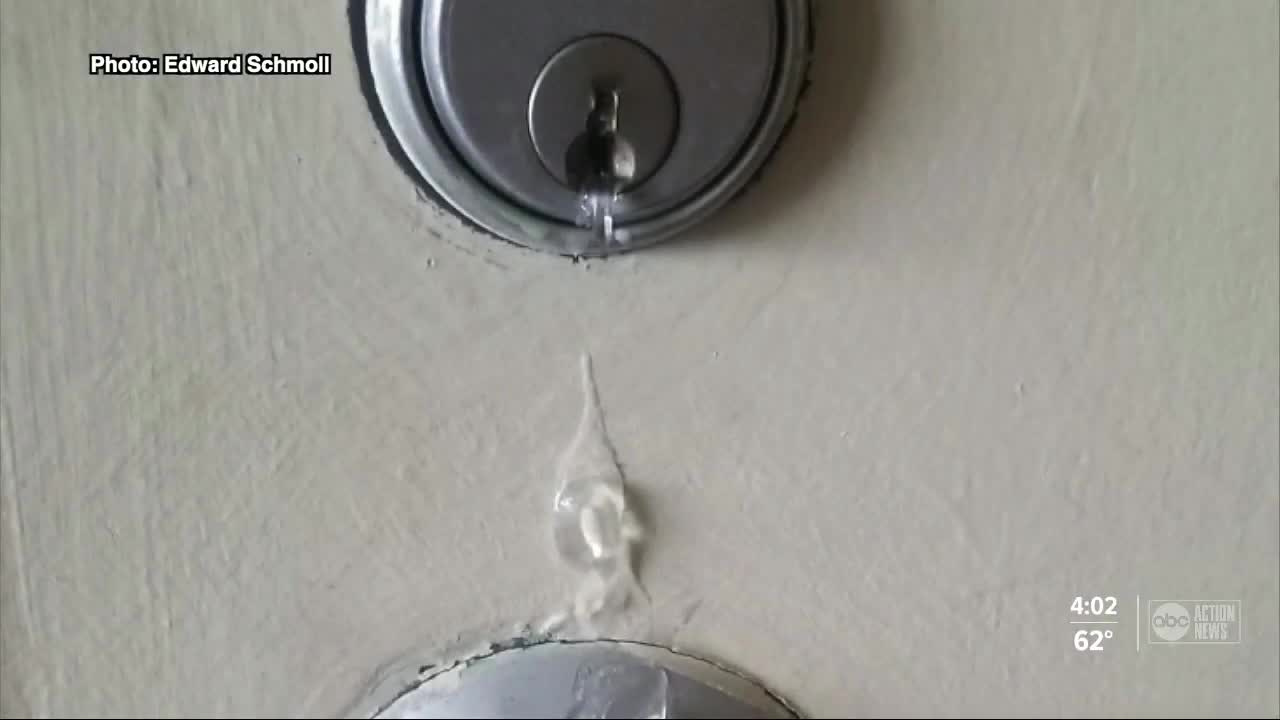 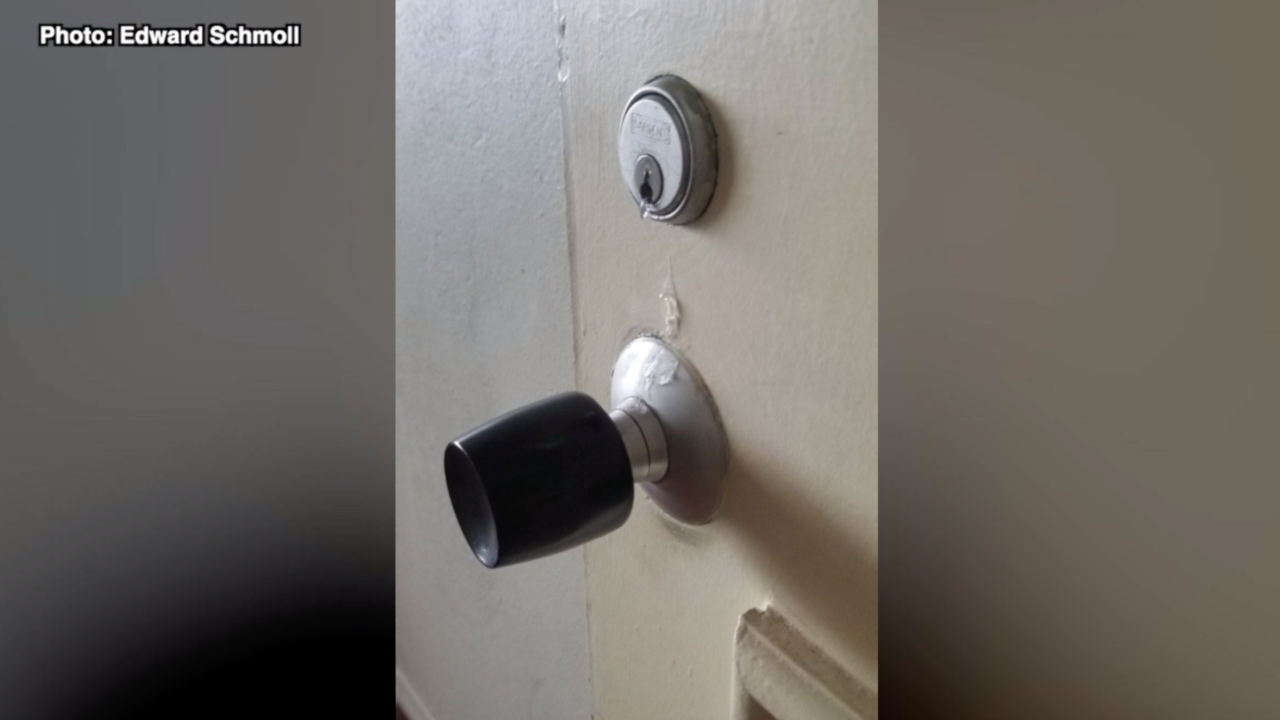 CLEARWATER, Fla. -- A serial vandal is terrorizing a Clearwater condominium. The criminal is pouring super glue on door locks this Thanksgiving holiday.

The victims are convinced they were targeted because they all share one common element. Now, Clearwater Police is investigating.

Four families woke up on Thanksgiving morning to find super glue inside their locks at the Horizon House Condos and all signs are pointing to an inside job.

Out of 126 units, this super glue vandal only visited four.

“All the members of the board, their property had been superglued," said Schmoll.

All of the victims are current HOA board members. One of them even got trapped. She was forced to exit her home through the fire escape.

Schmoll says the glue essentially froze the deadbolt in place. Schmoll says if she had a one bedroom condo instead of her two bedroom, she wouldn't have had an alternate way to exit.

“I was first taken back in shock, I mean I was shocked that anybody within our building would be capable of doing something like that," said Schmoll.

But who would do this and why? Schmoll says it’s because of money.

The board had just discussed, with residents, raising HOA fees for the first time in eight years to paint and maintenance the building. The math comes out to around an extra $300 a month.

Schmoll says the building needs these upgrades and noting the increase is temporary. This HOA president believes this vandalism is meant to send a message and to "intimidate" the board members.

“If he thinks that what he is doing is speaking his voice— it’s not," said Schmoll.

This Sunday, the vandal struck again. Two board members were hit for a second time. Schmoll estimates the damages to be nearly $5,000 in total.

Ironically, the crime may force the HOA to raise fees in order to upgrade security. Clearwater Police says it is now checking to see if there’s any surveillance footage that could help them in this investigation. The HOA is set to vote on its budget in two weeks.