They will be released as soon as possible 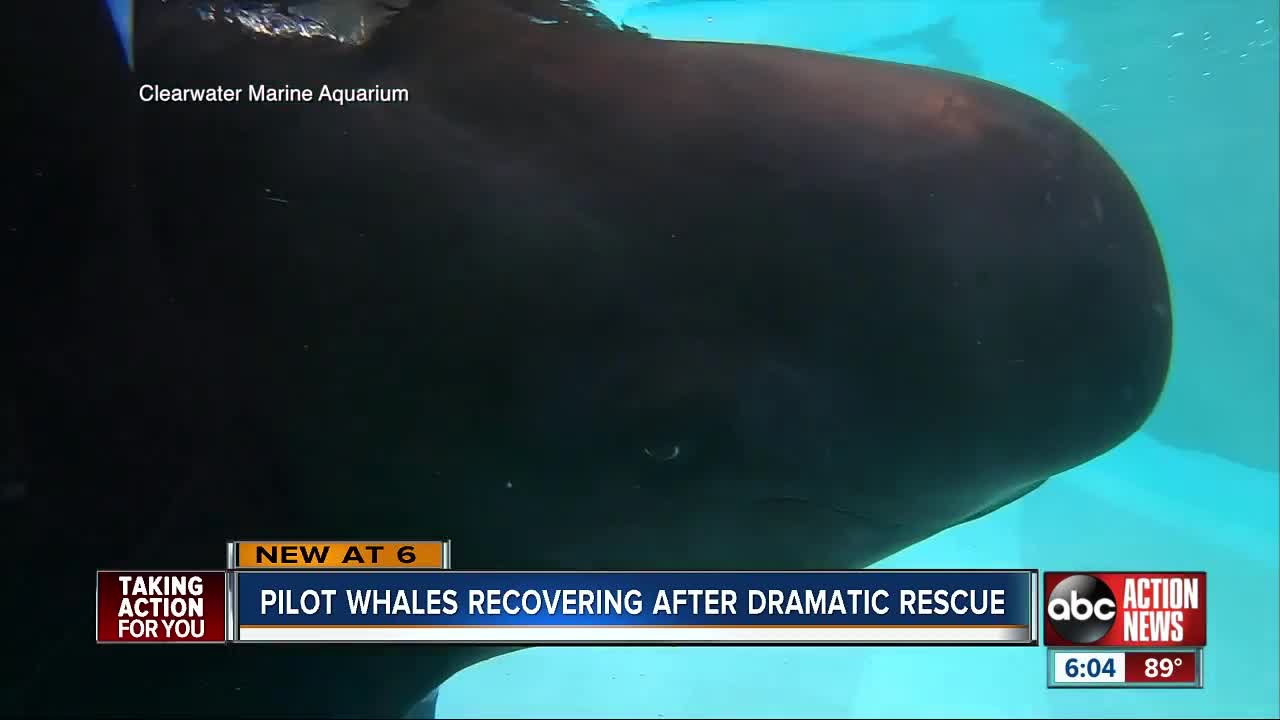 Experts are hoping to reunite the five whales that were stranded at Redington Beach Monday. 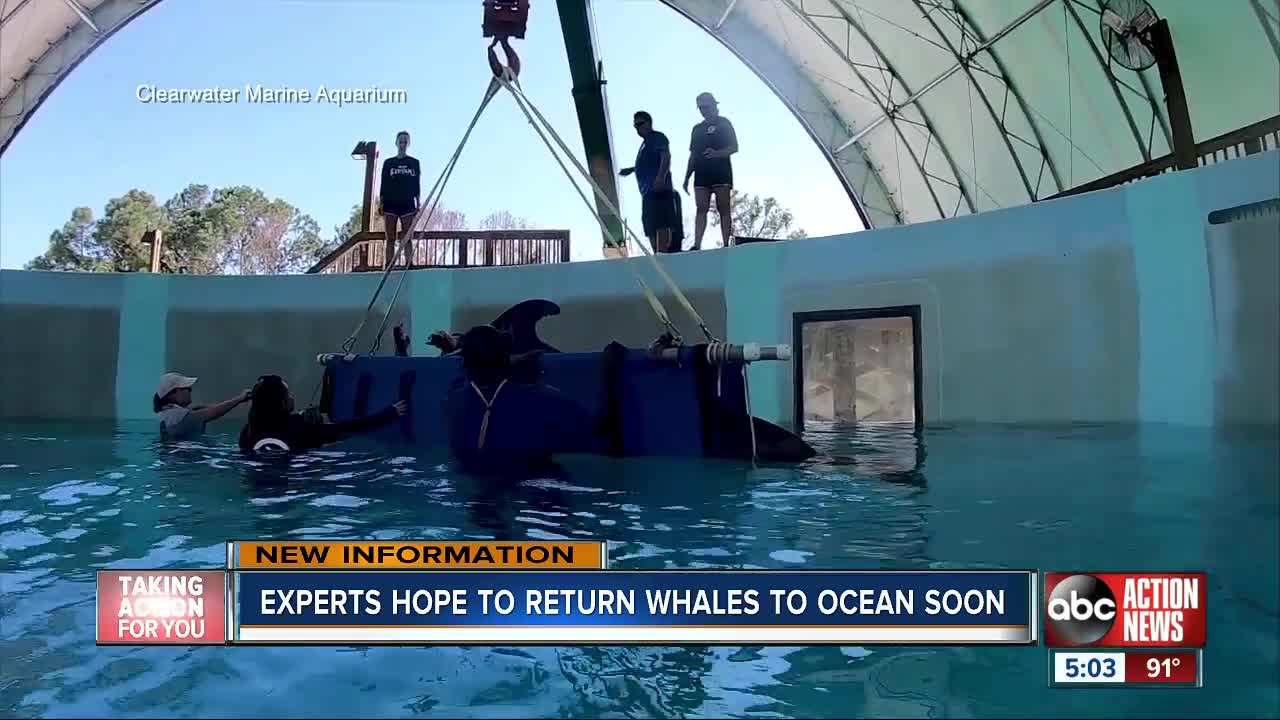 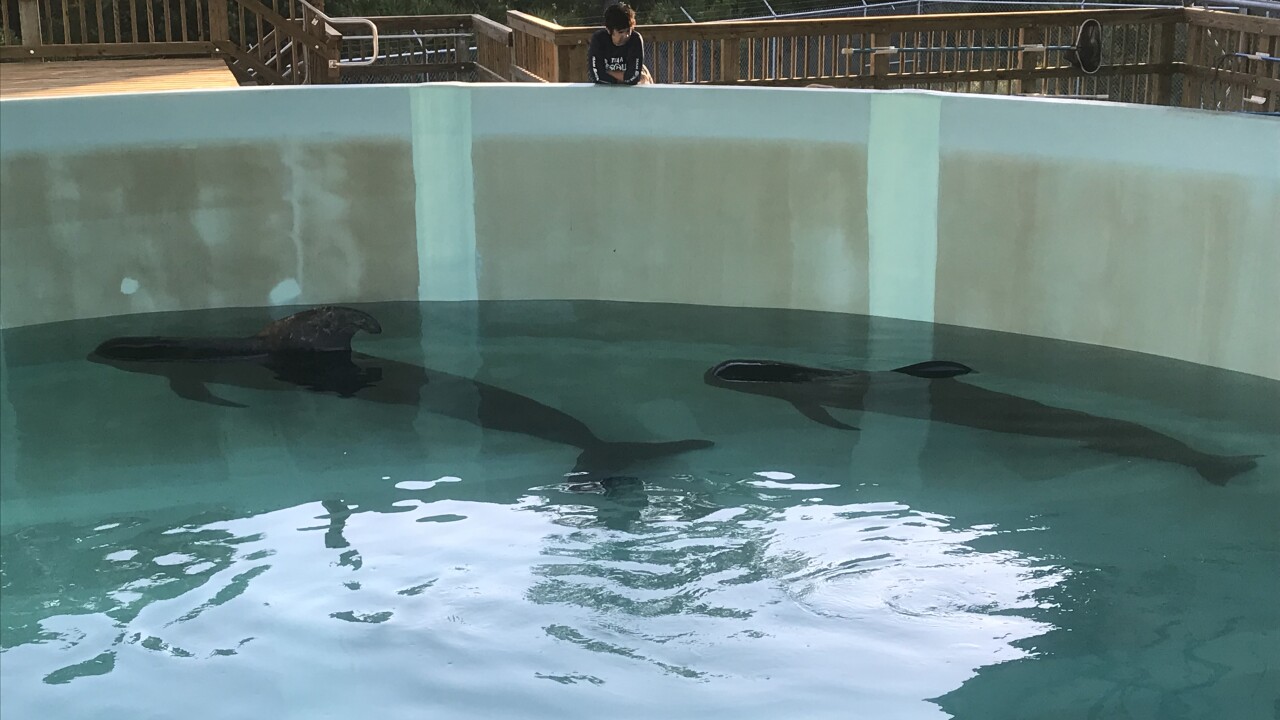 TARPON SPRINGS, Fla. —Experts are hoping to reunite the five whales that were stranded at Redington Beach Monday.

Three are back in the Gulf. But two are at a rehabilitation facility in Tarpon Springs.

The two pilot whales are under constant watch but officials say they appear healthy.

“Yea they are doing fine. I think I’d describe them as kind of mellow. Just relaxed and swimming along," said Potts.

It took dozens of people to carry the whales out of the water, across the sand at Redington Beach, and to trucks that brought them to a new massive pool in Tarpon Springs.

It was just opened by Clearwater Marine Aquarium.

“It was just completed, built for opportunities like this. We are super excited that it was ready for these two pilot whales," said Potts.

Efforts to save them captivated hundreds of people. Many of them volunteered to help.

Eventually, boats brought three whales back to deeper waters. And they appear to be staying where they belong.

“We did satellite two of the three that were released yesterday, so we know where they are. So the goal is to get these two back with the other three. And that is a logistical challenge that we are working on right now with a lot of governmental authorities," said Potts.

Experts say they still don’t know what caused the pod of five whales to end up stuck on the beach.

But they are doing everything they can to help them all survive.

“The story is incredible and the happy ending will be when these two get back home with the other three," said Potts.