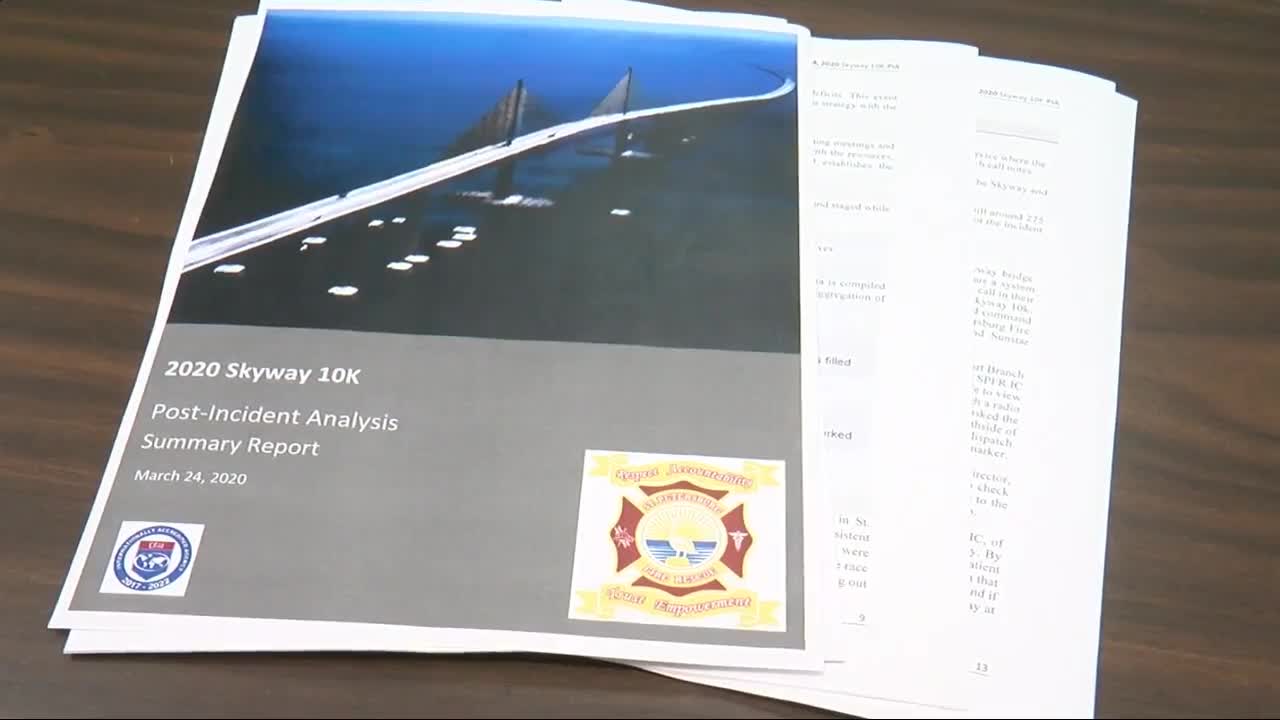 An internal investigation by the City of St. Petersburg reveals misinformation, confusion and miscommunication led to the delay of an ambulance in getting to a collapsed runner at the Skyway 10K race. The report shows it took 22 minutes for the ambulance to get there. 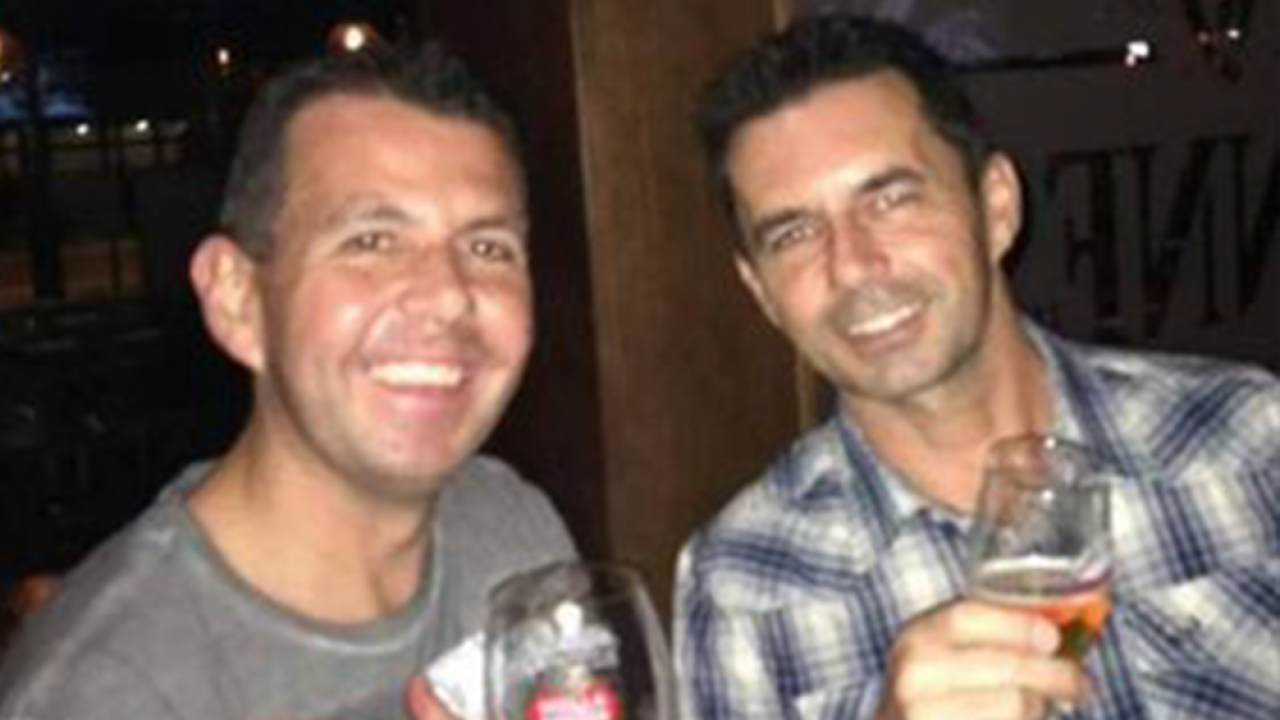 ST. PETERSBURG, Fla. -- An internal investigation conducted by St. Petersburg Fire & Rescue reveals misinformation, confusion and miscommunication led to the delay of an ambulance in getting to a collapsed runner at the Skyway 10K race. The report shows it took 22 minutes for the ambulance to find the runner.

ABC Action News has exclusively obtained the Post-Incident Analysis (PIA) for the Mar. 1, 2020 race. It shows the first 911 call came in at 7:46 a.m. but no ambulance would get to Doyle until 8:08 a.m. The report points out several failures and numerous recommendations to make the race safer going forward.

PREVIOUS COVERAGE: Runner who died during Skyway 10K in St. Petersburg remembered by his brother

Among the key problems are confusion over where Doyle was located, important details not getting relayed to crews, confusion over the course markings and difficulty navigating the bridge with the high volume of runners. The report shows 7,300 runners were on the bridge during the time of the incident.

"This incident demonstrates how failures of the most basic incident command principles can significantly influence the emergency response system's ability to achieve its mission," reads the report.

The agencies at the ready to respond to emergencies on the bridge were the St. Petersburg Fire & Rescue, St. Petersburg Police Department, Sunstar, Manatee County EMS and the Florida Highway Patrol.

The report reveals the first 911 call came in at 7:46 a.m. to Pinellas County dispatch that a runner was down near mile five. The report shows this is the start of in a long series of problems. The 911 Communication Center supervisors on duty that morning were unaware of the event. They followed normal operating procedures and dispatched the closest EMS unit and reported it via the 911 system. This "inadvertently created an information void" where some of the important details callers were giving them about the patient ended up in standby notes and were not communicated to the Skyway Command.

There were very few Incident Commanders with prior experience of the previous two Skyway 10K races. Many of them relied on action plans and pre-event briefings to get them familiar with the race. Many of them had prior obligations, the report says, and either missed the planning meeting or sent someone else in their place.

There is no emergency lane for first responders to quickly get to patients or to move them across the bridge. There is lane designed for the buses who drop off and pick up participants but the area is largely congested due to large number of buses, about 150 of them, used during the event.

Race volunteers are relayed emergency plans by race coordinators secondary to meeting with first responders. The report indicates this may result in incomplete details or misinformation spreading.

The official race map did not include race markers creating confusion between the course and interstate markings.

St. Pete Fire & Rescue and St. Pete Police Department first responders worked together to try and locate Doyle but their efforts were not relayed to Skyway Command for 15 minutes.

The incident command bus was too small for all the supervisors resulting in some standing outside the bus in close proximity. The loud ambient noise made it difficult to communicate between one another.

The St. Pete PD motorcycle officer had the best success in getting around the crowds. More than four miles of the bridge was searched but these actions were not communicated back to Skyway Command.

A battery failure caused units to shift from radio to cell phone communication with units on the Manatee side of the bridge. Therefore, Important communication wasn't heard by others in the command post.

Reserve Rescue and "box-style" ambulances were too bulky to move through the bridge. The high number of runners and buses made it difficult for first responders to navigate the bridge.

In an effort to help, bystanders placed Doyle in a bus to transport him out of the area but this caused more of a delay in EMS getting to him once they arrived at his original location. There were conflicting reports as to where the bus was headed and the bus number.

"Although communications within a multidisciplinary event are always a concern for planners and ICS (Incident Command System), the communication issues experienced during this event were more a matter of execution than process. The Skyway 10K had a suitable communications plan with built-in redundancies. Issues with this event seemed to center around a failure to properly execute the prescribed plan and the incumbent system processes," the report states.

The report suggest the 911 call screen be made visible and should be continuously monitored by personnel at Skyway Command, so no important notes go unlooked.

Race officials and volunteers should take part in multiple planning meetings and members assigned to work command should be present at all meetings.

Create an incident action plan that includes resources from all emergency response including law enforcement.

The official race map should include the course markers to avoid confusion with interstate markers. Also, landmarks, EMS and law enforcement staging locations should be included.

Commanders should emphasize the importance of relaying vital information. The report suggests inter-agency training on emergency communications in complex situations.

A larger emergency operation center should be available for Skyway Command.

Unconventional modes of EMS response like motorcycle, bicycle and all-terrain vehicles should be considered in the future due to heavy congestion.

Form a plan that would allow commanders to communicate with bus drivers in case of an emergency.

ABC Action News spoke with Doyle's in the days following the race. Lea Doyle told us his brother, who was an avid runner, wasn’t feeling himself leading up to Sunday’s race.

“He was an incredibly proud guy. He would never give up, but he did say to me, 'I’m struggling to get my legs going.'

Lea Doyle tells ABC Action News he's not ready to comment on the findings of the report but he says he's hopeful this never happens to anybody else.

He says they are studying the report front to back.

During the race, several runners stated they were attempting to flag down ambulances to get help to Doyle. Womack says he understands their frustration and says not being able to find a patient is one of the worst feelings for a first responder.

"What I can say with absolute confidence and certainty -- If our crews could have seen -- they wanted nothing more than to see where the incident was happening to get to it," he said.

Womack also points to the mix up between interstate and course mile markers as a major contributing factor to the delay. Those mile markers were not reflected in the official race map.

"To see something like that proved to be a very influential obstacle, that we perhaps could have addressed with more detailed mapping on the front side, that's a difficult pill to swallow," he said.

The rescue chief says their emergency response plans were solid after two years experience with this event but the execution wasn't all there.

"Year one we could say 'we didn't think of that' but but we've had a good plan going forward that had already been battle tested and proved successful, and to see this happen with that plan is just again that's gut wrenching," he said.

"Ensure that any of the obstacles that presented themselves here that were identified in the PIA are just eliminated for next year," he said.