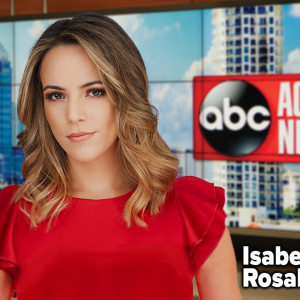 PINELLAS Co., Fla. — Puerto Ricans forced to leave their pets behind in the wake of Hurricane Maria are about to be reunited with their furry loved ones right here in Tampa Bay.

Saritzia Sanchez has a weekly ritual: a video call between her and family in Puerto Rico. It’s been five months since Sanchez has seen not only her husband but also her five precious dogs. She was forced to leave the six of them on the island after Hurricane Maria hit.

Both husband and wife refused to abandon the dogs. In a difficult decision and despite no water and no electricity, Misael Resto stayed behind caring for them while Sanchez flew to the mainland for job opportunities.

But soon they'll be reunited thanks to a partnership between Puerto Rico Animal Unite and several animal rescue organizations like SPCA Tampa Bay.

“They are feeling displaced almost double time so this is an opportunity for them to feel like they are reconnecting with what makes home special," said Martha Boden, CEO of SPCA Tampa Bay.

Nearly 40 dogs and cats will fill up a flight to St. Pete-Clearwater International Airport. At the same time others like Sanchez will be driving from all over the state to be reunited with their pet.

“I can’t wait for this day," said Sanchez, "I am excited because I miss them.”

It’s more than just the dogs. It means moving on from Maria.

I’m super excited, I can’t wait to be on the plane so I can get there too," said Resto.

After the dogs arrive Resto will fly in at the end of the month. One family, a new job, a new home, a new life. Healing after Maria.