Peaceful protests continue in St. Pete in the wake of George Floyd's death 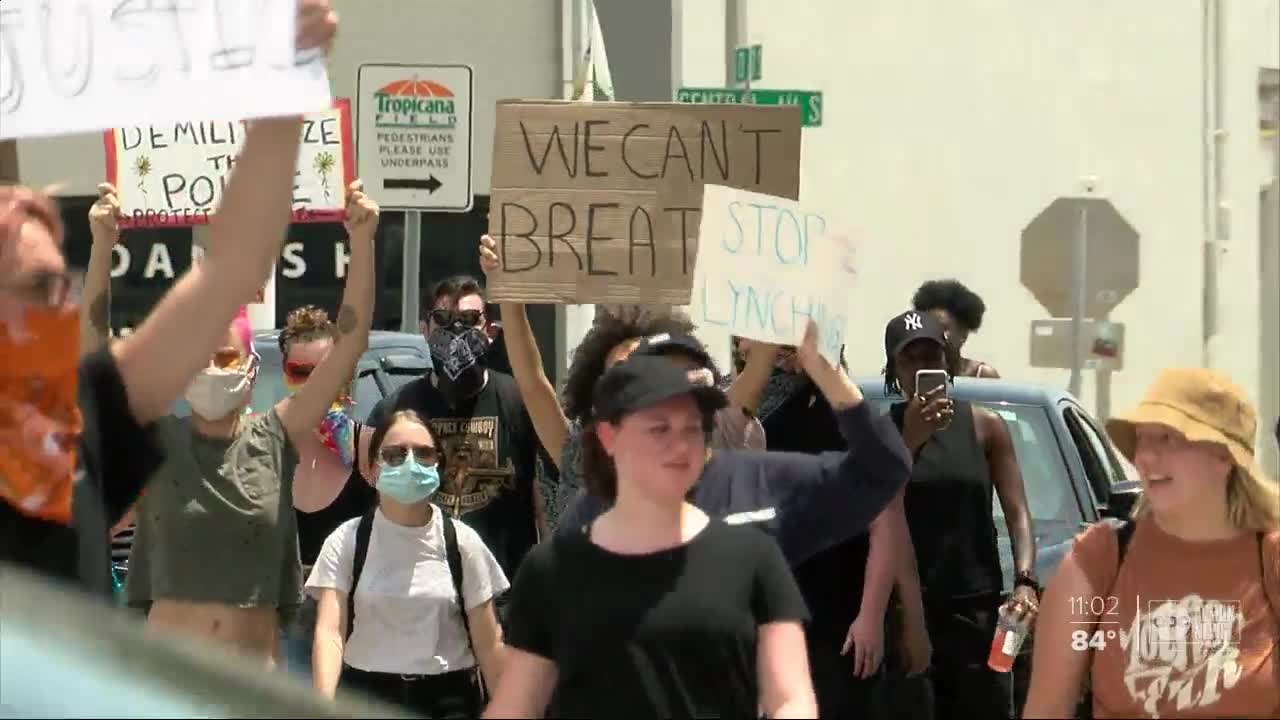 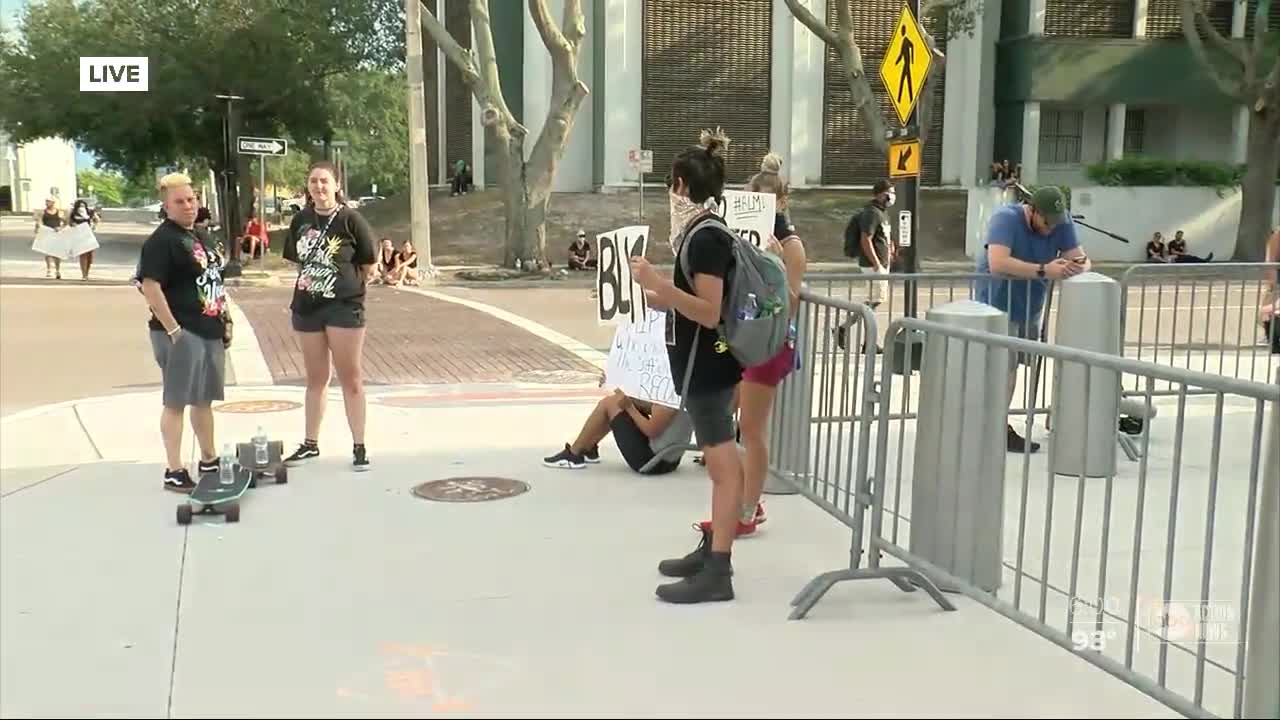 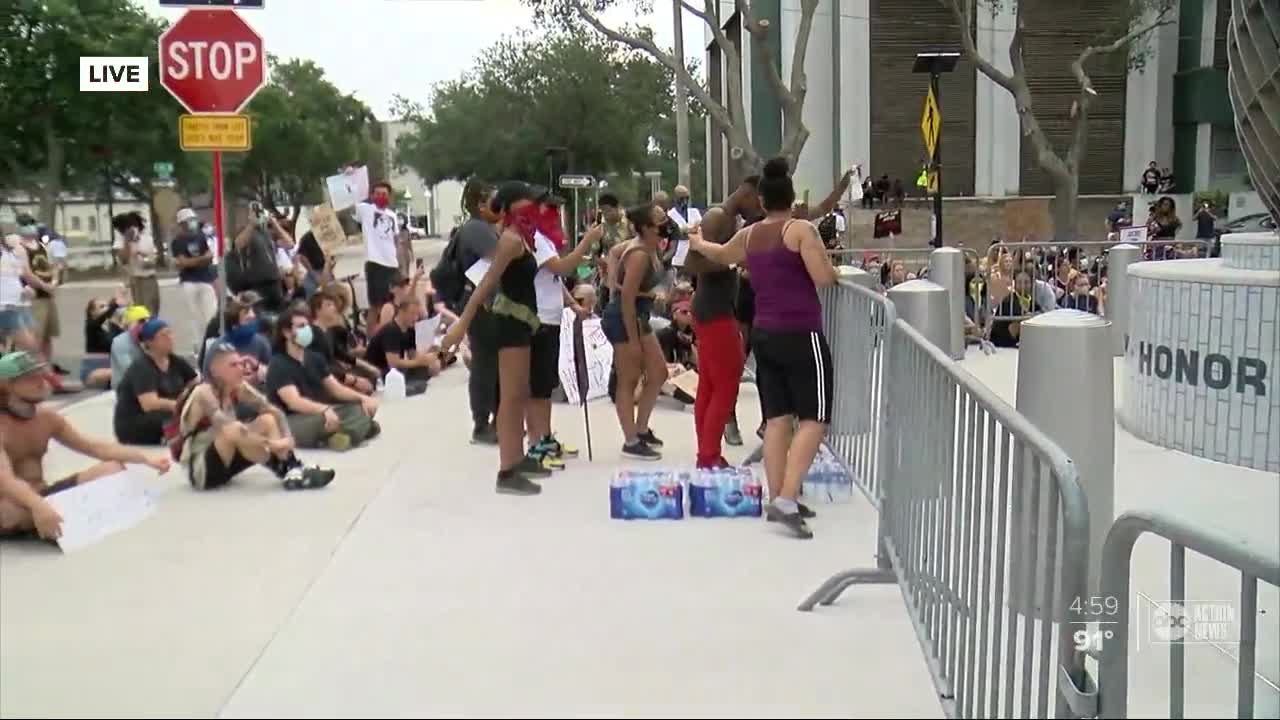 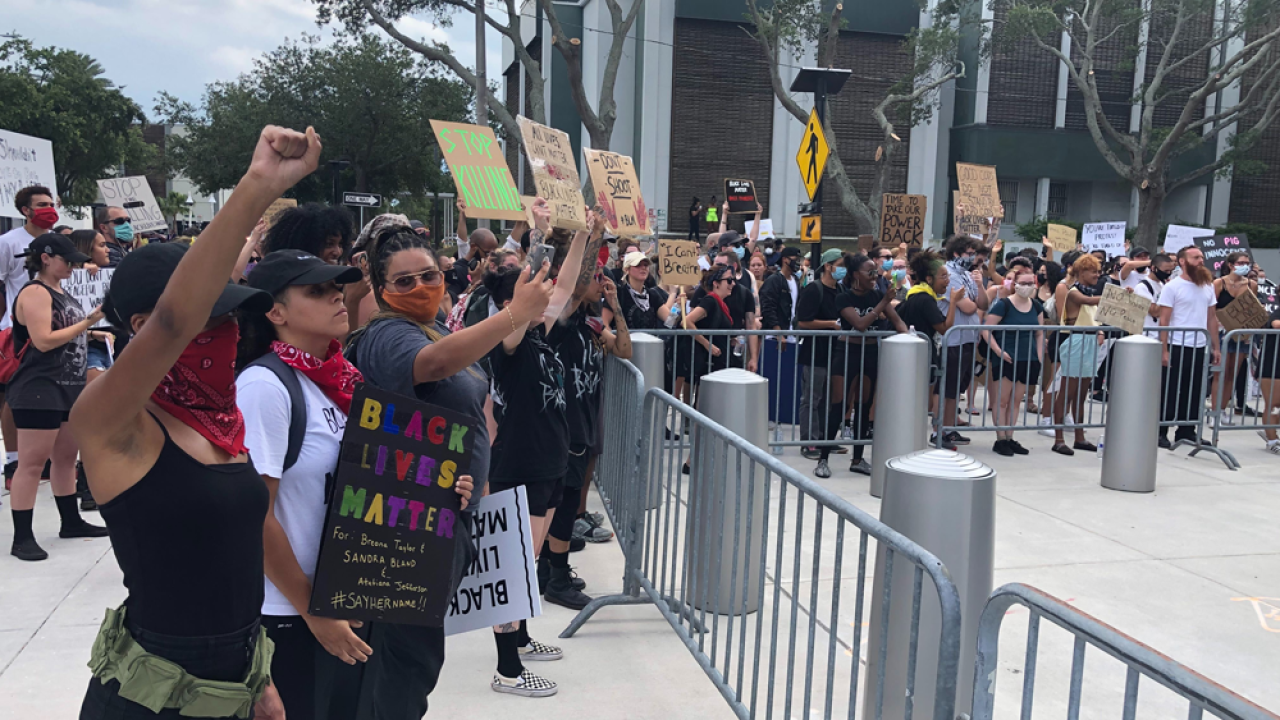 “When I saw the murder of George Floyd on my phone, I wept uncontrollably for my country, for my brothers and sisters who look like me. I wept for those generations to come that are going to have to look over their shoulder like I’ve done the last 30 years of my life and wonder if I walk out of the house today, am I going to come back alive?” said Corey Givens Jr. with the Poor People’s Campaign of St. Petersburg.

Givens Jr. and other community activists said they don’t support the violence and looting happening across the Tampa Bay area. Still, they believe it’s important for people’s voices to be heard.

“When I look at the violence that’s taking place in cities like Minneapolis and Tampa and Pittsburg, it really makes me sad because I know that’s not what Dr. King stood for,” said Givens Jr. “He stood for peaceful protests and assembly, and I think the best thing we can do right now is to be a catalyst for change.”

Sunday night, St. Petersburg Police arrested 14 people for unlawful assembly. Police say around 11:00 p.m., about 200 protesters were outside headquarters. Police say someone ripped off water meter covers and threw them, along with rocks and bottles, at officers.

Police say they deployed smoke and told the crowd to leave, but those who stayed were arrested. Monday afternoon’s protest at the headquarters was peaceful.

St. Petersburg Police Chief Anthony Holloway also announced that starting Tuesday, June 2, he and several other officers will start wearing body cameras. Holloway says the body camera program was already in motion at the time of Floyd's death, but he says the timing of it is positive and sends a message to the community about accountability.

Activists explained the way to move forward is by rebuilding trust and having protesters and police officers listen to each other.

“We can’t be silent. We need allies who are white, allies who live on the other side of town to be in a relationship with us and partner with us to bring about change. There’s no time for silence,” said Rev. JC Prichett.