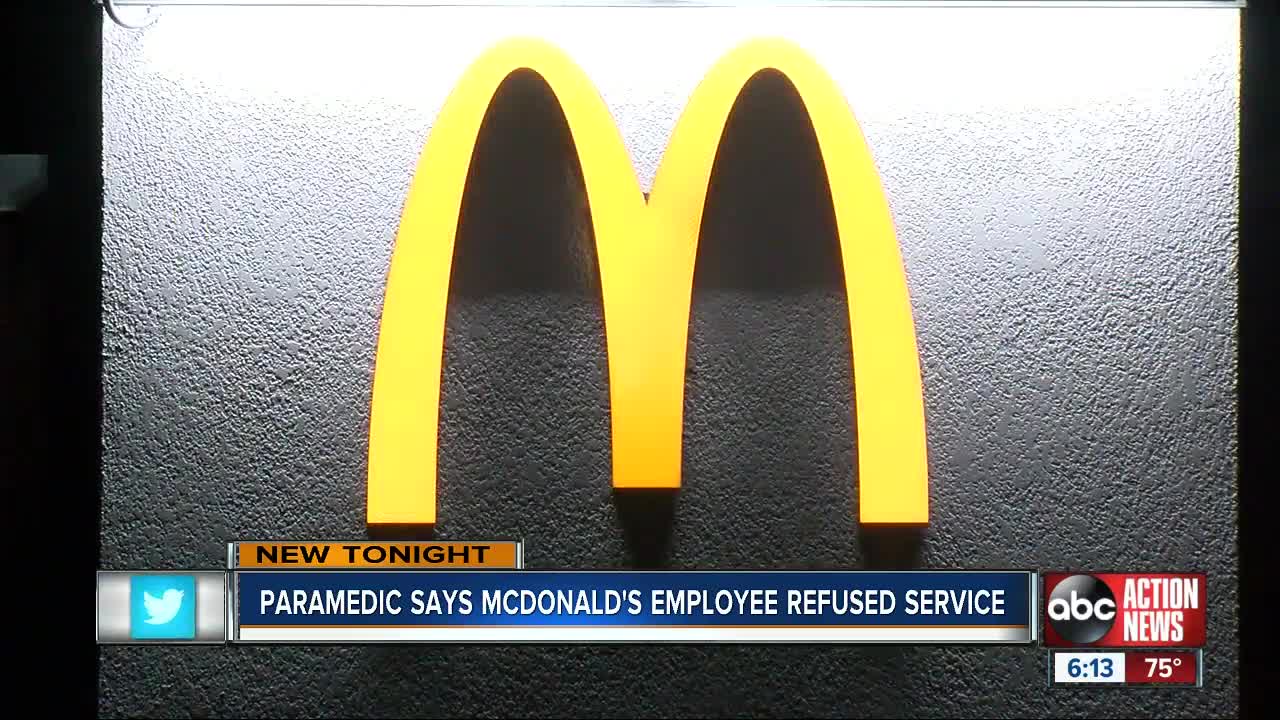 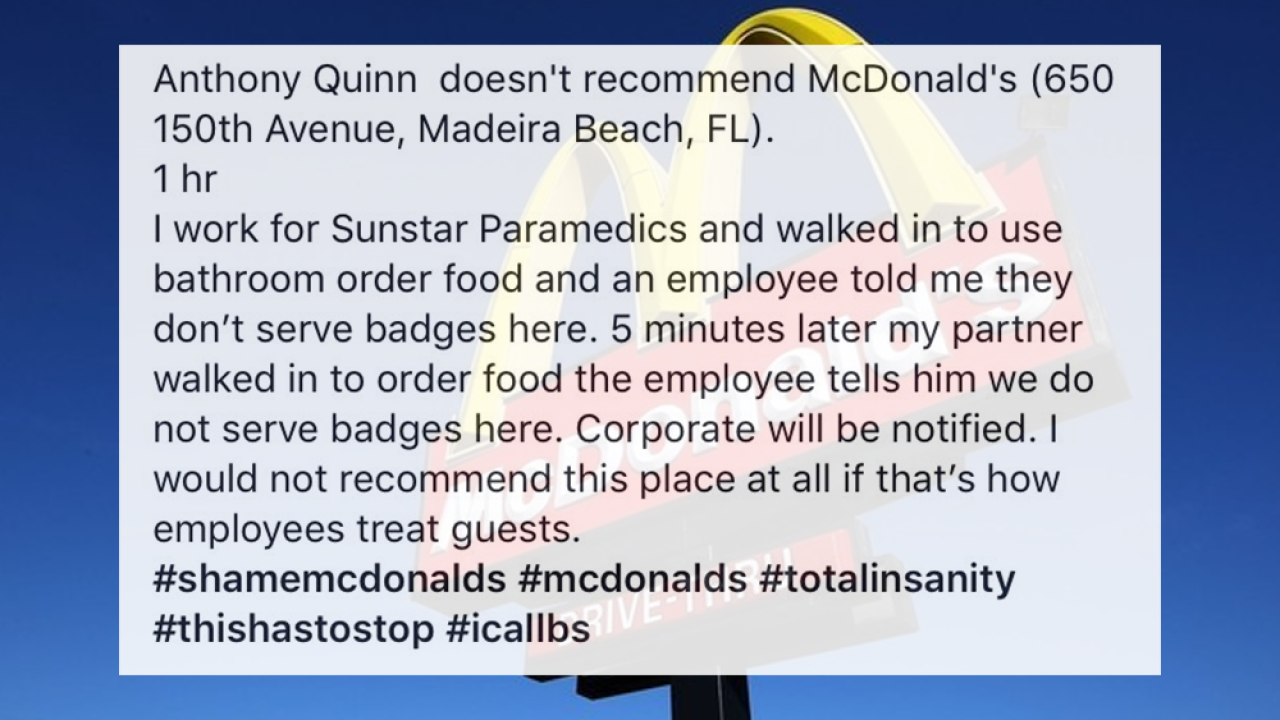 Sunstar paramedic Anthony Quinn accused the employee at the McDonald's in Madeira Beach of refusing to provide service to him and his partner, according to a review he left.

Quinn's review stated that he went into the restaurant in his uniform to use the restroom when the employee told him "we don't accept officers in here." After telling her that he wasn't an officer she proceeded to say that they didn't accept "anyone with a badge."

After Quinn's partner walked in to order food, the employee, according to his review, told him "we don't serve your kind here."

ABC Action News reached out to Caspers, which runs the Madeira Beach McDonald's, and they released the following statement:

“We are aware of the unfortunate incident that took place at one of our restaurants last night. We, like you, were upset and disappointed and took immediate action. The employee has been terminated. What occurred does not reflect the values of our brand, our franchise, or the love and admiration we have demonstrated consistently for our friends in law enforcement and first responders. We have reached out to offer our sincerest apology.”