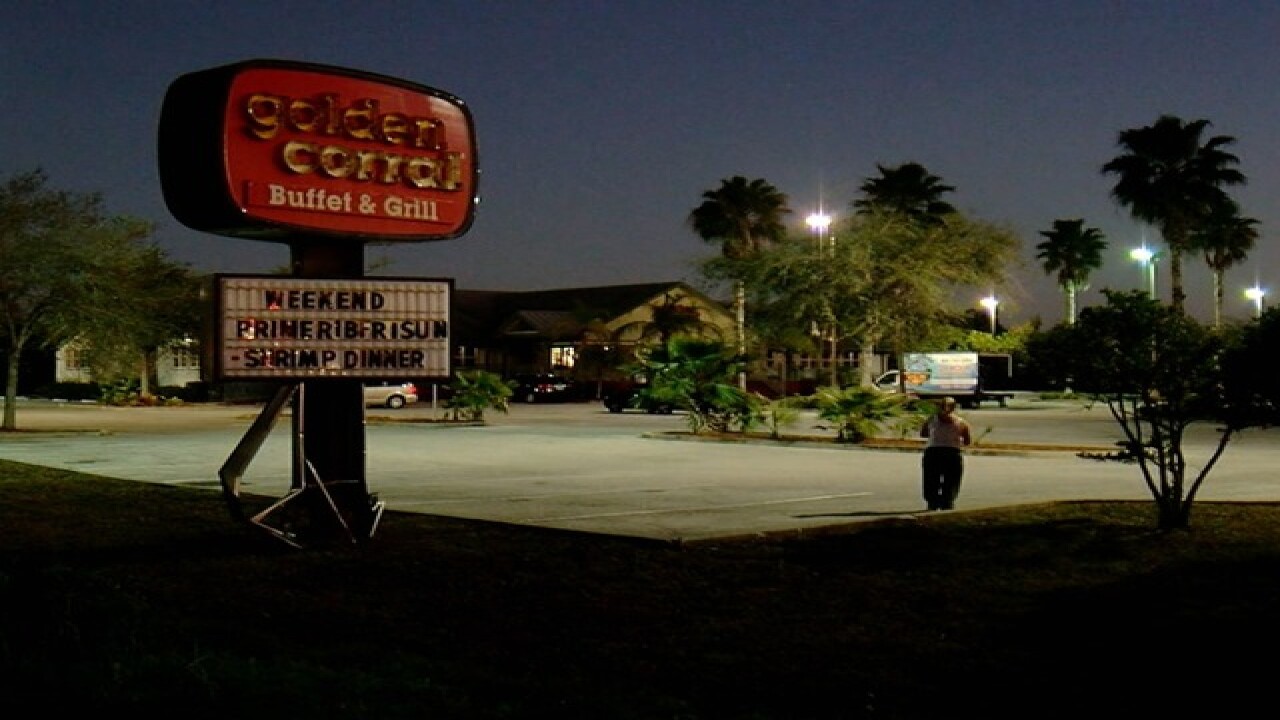 A code enforcement officer found wastewater from a restaurant was leaking into a nearby canal and that restaurant is temporarily closed now.

The restaurant that was given a Notice of Violation is the Golden Corral off Ulmerton Road in Largo.

"That was a bit of a shock," one customer said.

According to a member of Sun Steaks, LLC, a Golden Corral franchise, they found a broken pipe on Wednesday and voluntarily and temporarily closed the restaurant.

In a emailed statement they said in part, "We are working closely with local authorities to address the issue and will reopen as soon as repairs have been made and the matter properly resolved. The well-being of our guests is our first priority".

A code enforcement officer found several problems, including an illegal connection at the restaurant sending water, sewage, and wastewater down a storm water pipe and into a nearby canal. The officer also found pipes, leaking wastewater on the ground under the restaurant.

"Actually, we live in the area (and) we don't want that kind of thing to happen," the same customer said.

ABC Action News noticed a cleaning company truck outside the restaurant on Thursday. Staff with the City of Largo warned management to fix the violations or they could face fines or possible legal action.

"The manager we have over there right now seems to be right on top of it," Edward Shuman said.

Shuman is the president of the resident owned community at the Four Seasons Estates. The community is located next to the Golden Corral. Many homes in the neighborhood are along the canal. There are signs posted near the canal now, which warn people not to swim, fish, or drink the water because it isn't safe right now.

"We're all down here to enjoy the weather, enjoy the area, and we're being kept from doing that because of -nothing that somebody else did- but all it is…is an inconvenience," Shuman said.

It is unclear how long it will take to fix the repairs and when the restaurant will reopen.