'I care about the problem being solved:' St. Pete protesters take message to the streets 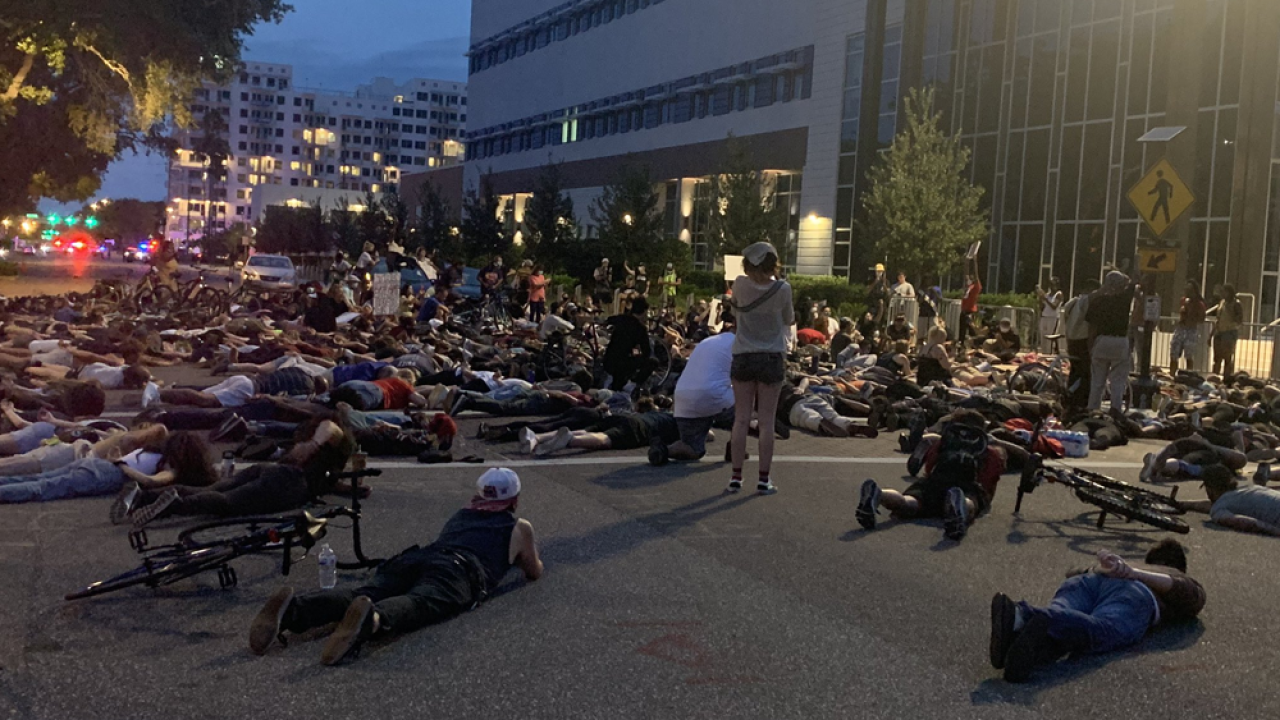 They first gathered outside city hall, before marching for several miles throughout the city.

“We can’t take this anymore, you know, like for a while every minority community we’re being oppressed out here, and we’re just trying to make sure our voices get heard today,” said Santiago Barrios.

“Black and brown people dying from military and police brutality all around the world but especially here in America these streets and in the south, there’s a huge history for that so we’re just trying to raise awareness for that,” said Denzel Johnson-Green.

Protesters said their goal was to share their message peacefully. As they marched, they chanted for George Floyd, demanded change and an end to police brutality. They stopped at intersections, kneeling and taking turns speaking.

Protesters are chanting to talk to the police chief. pic.twitter.com/MjBtIjfx1H

They stopped at the St. Petersburg Police Department, where Chief Anthony Holloway and Mayor Rick Kriseman met them, engaging in their questions and conversations.

“We want people who want to protest peacefully to be able to do so. What we don’t want is the violence because then the message gets lost,” said Kriseman.

Eventually, they all took a knee together.

“You call it now the people that are not standing with us. I’ll stand with you because they don’t mean what we do,” Holloway told them before joining.

Protesters eventually ended back at the police department for several more hours, demanding to speak with the police chief again, who did have more conversations with them.

“You come out here with y’all mask on with your guns in y’all hand you think that’s gonna make the people act right no that’s not a peaceful movement,” said Kendra Wynn. “If you would have came out here without all that the shields, it would make us feel a lot better.”

“We feel like the police ain’t with us, so if you all genuinely with us come out here and tell all of us that,” said Brittnee Fleming.

The chief agreed to have a dialogue with them.

A powerful moment came later in the evening when everyone laid down in front of the police department for around the time George Floyd suffered.

A powerful moment as protesters lay in the street outside the police department for George Floyd. pic.twitter.com/Z4iGG5zxvG

Protesters continued their demonstration with another march once the sun set, growing in size to estimated hundreds. They marched down Beach Drive and continued throughout the city again.

Protesters said they plan to demonstrate each day.