Fences on beaches cause uproar and confusion about new Florida law

Some people are not happy seeing a part of their favorite beach fenced off, but homeowners are saying a new Florida law states it's private property.

Note from the ABC Action News:

Here at ABC Action News, our commitment to you is accurate reporting and transparency. Because of that, we want to break down a story we’ve been following from Indian Rocks Beach.

The controversy there was over one man’s effort to fence off his beachfront property from the public using a new state law allowing property owners to privatize the sand up until the high tide line.

We reported the man behind all this was Jack Tenney. We told you Tenney is a YouTuber and ultimately, we discovered his actions to fence off the sand were all a part of a publicity stunt. 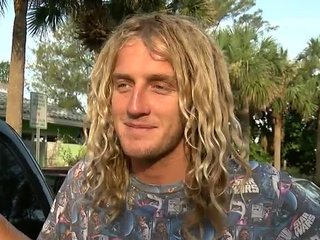 You may remember this man who tore down Tenney’s fence. 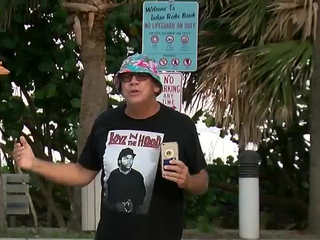 Well, what appeared to be an angry beachgoer was, in fact, another part of the act.

Even this man who we interviewed as part of our effort to get a reaction from people on the beach was again someone Tenney planted and was in on the hoax.

Tenney claims he did all this to bring light to what he considers a “bad law.”

As a news organization, we want to cover the stories that are important to our community— this new law is one of those topics

However, airing false events or characters is not something we take lightly.

We pledge to you to continue our truth in storytelling.

Original Story:
INDIAN ROCKS BEACH, Fla. — Some people are not happy seeing a part of their favorite beach fenced off, but homeowners are saying a new Florida law states it's private property.

"It seems like every morning of the 4th of July is a fight to get beach space and we figured because we can, we’re going to fence it off and we have our own little beach access for the day," said Tenney.

The new Florida law that went into effect on July 1 says beaches can be private for people who live on them up to the high tide line.

"Then you see (people putting up fences) and it comes to real light that someone can actually do this now," said Honcho.

But the city of Indian Rocks Beach says their city ordinance that was in effect before state law overrides it. Their law is that all beaches in the city are public. They’ve given Tenney 24-hours to take down his fence, or else he faces big fines.

The Office of Governor Rick Scott released the following statement regarding the issue:

“This law does not ‘ban’ or privatize any beach in Florida. If a local government wants to expand the public beach area, this bill simply outlines the legal process to accomplish that.” – John Tupp

But many say the law applying to the entire state without a public vote, still isn’t fair.