Scammers are taking advantage of those isolated because of pandemic 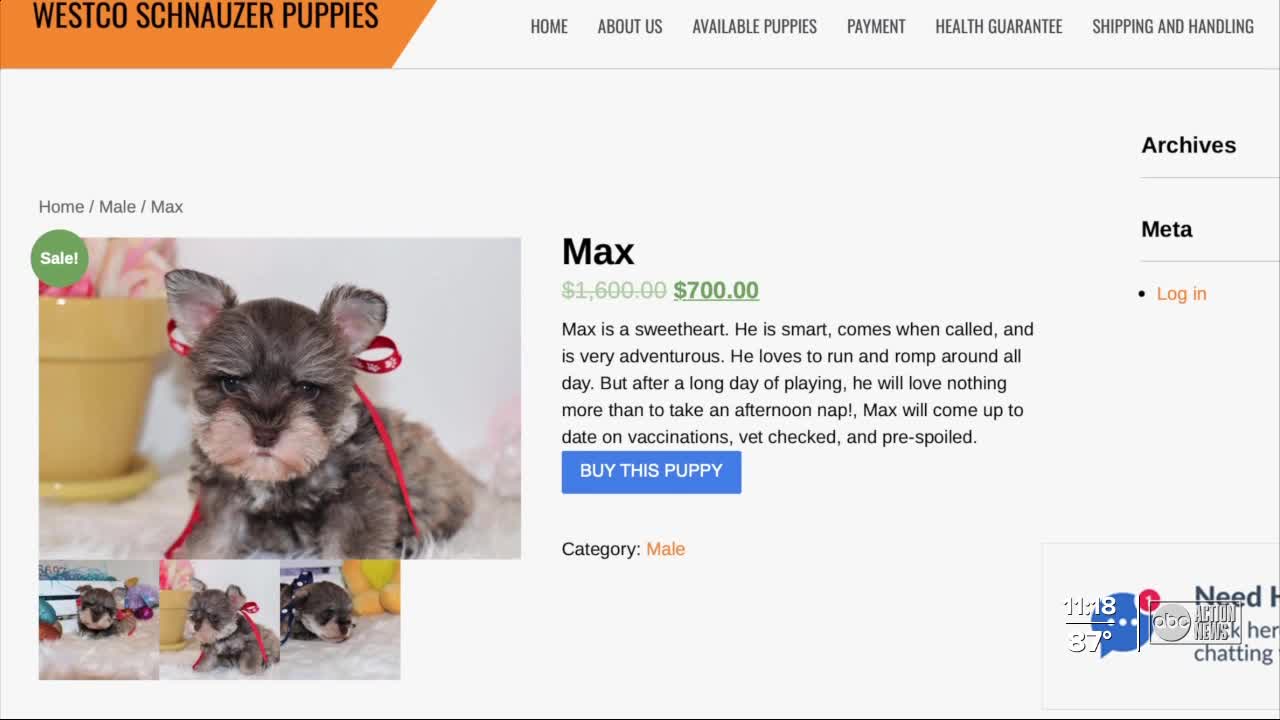 Tampa Bay area police are putting out a warning about a new scam. It may be targeting families who are feeling isolated during this COVID-19 pandemic. Clearwater residents have lost upwards of $5,000 just for trying to buy a pet. 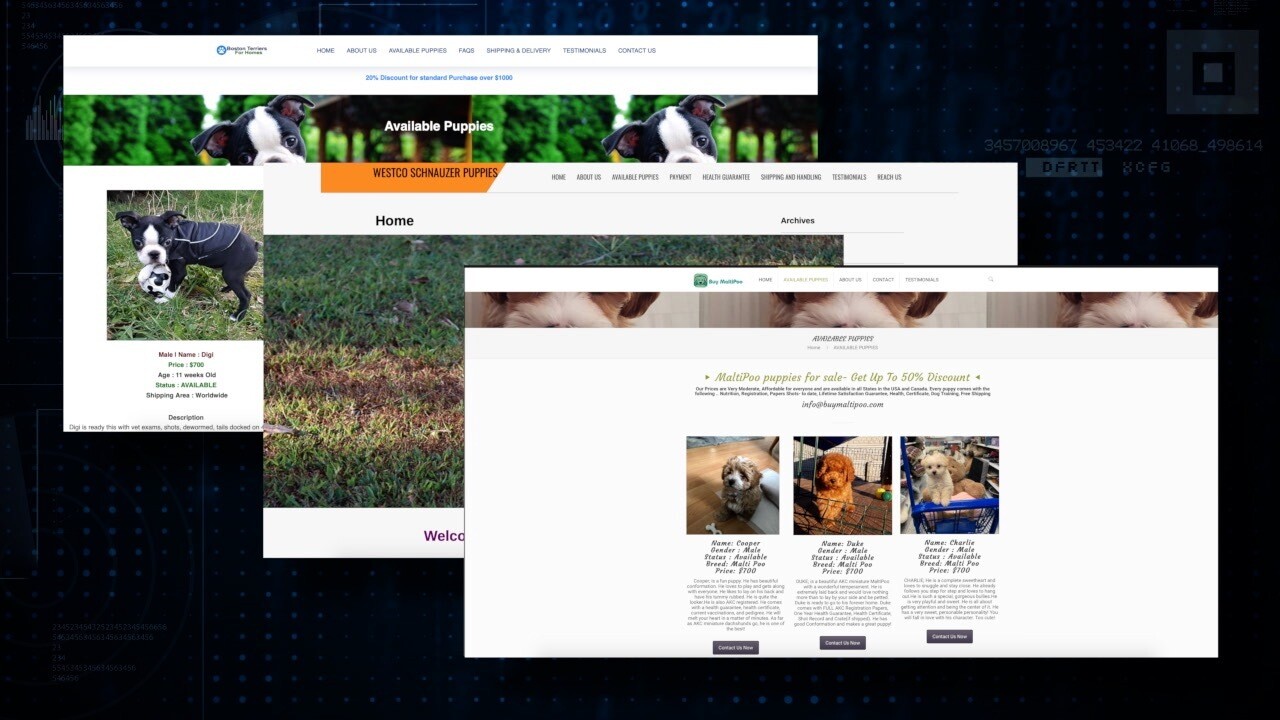 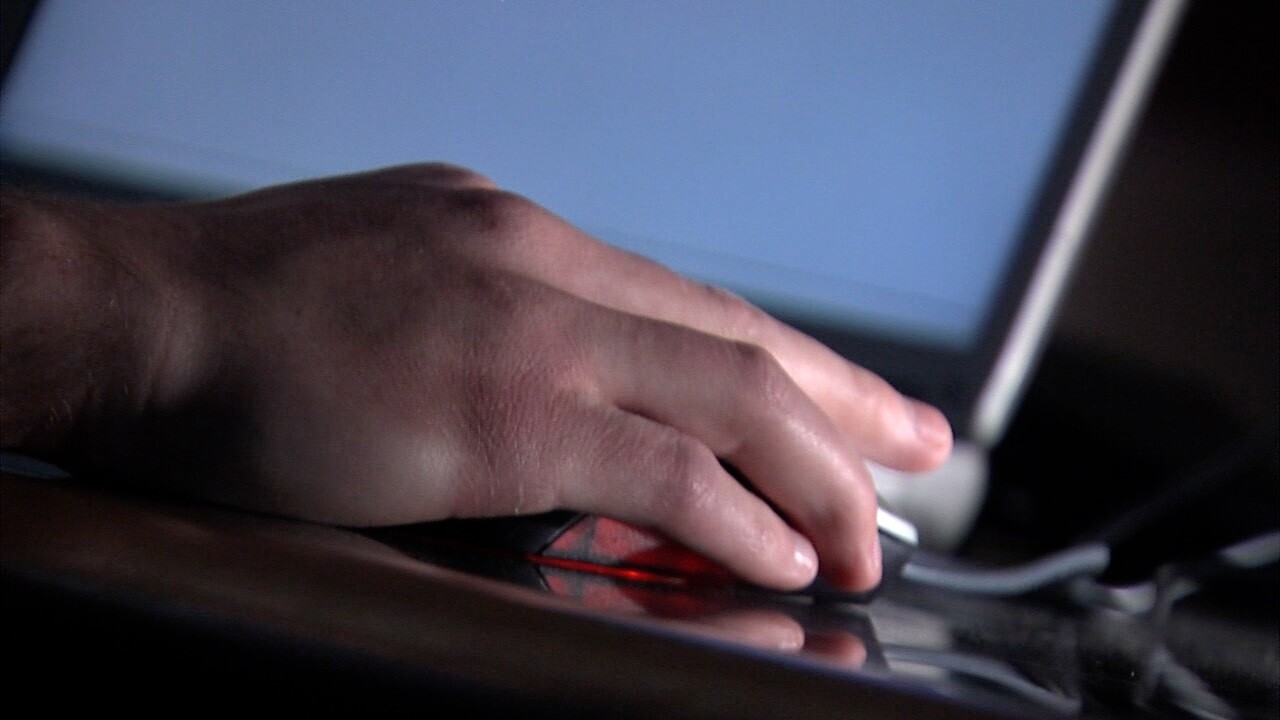 CLEARWATER, Fla. -- Police in Tampa Bay are putting out a warning about a new scam. It may be targeting families who are feeling isolated during the COVID-19 pandemic.

Clearwater residents have lost upwards of $5,000 just for trying to buy a pet.

"I've not seen one this detailed, no. This is definitely unusual," said Lt. Michael Walek with Clearwater Police.

He says the average Joe may not notice the website’s a fake. Clearwater PD has identified at least three that are phony.

"The websites look really professional. There's a lot of time taken into designing them. It looks really believable," said Walek.

A major red flag is you can’t get anyone on the phone, only by email and text. They also ask you to pay by Zelle and Venmo, where you assume responsibility for where your money is going. Once you send your money, it's like gone with no fraud protection.

Plus, the cost of the dog is only the beginning.

It turns out, people may be especially vulnerable to this type of scam right now, as they try to find companionship and turn to virtual shopping during the quarantine.

Walek believes these websites are a danger to all Floridians, if not on a national scale.

"The 'American Dream.' A white picket fence with a puppy and unfortunately, people are being scammed out of thousands of dollars because they're falling victim to it," said Walek.

However, give the websites a closer glance and you’ll find grammar and spelling errors. Clearwater PD says it appears the scammers may have left some Easter eggs.

Someone named Saul Goodman posted a review. The name might sound familiar. He's the rascal lawyer from the television show Breaking Bad who embraces his past as a scam artist.

"It's never a good idea to purchase a pet without meeting that pet up close and personal first," said Rick Chaboudy, the co-founder of the Suncoast Animal League.

This is the first time Chaboudy has heard of this type of scam locally.

"I feel bad for the people that have been scammed but there are a lot of trustworthy shelters in the Tampa Bay area that have great cats and dogs looking for just the right family," said Chaboudy.

He says many shelters like his have made special provisions to keep people safe during this pandemic, like limiting the number of people allowed inside and appointment-only viewing of animals.

"Hopefully others will learn from these unfortunate situations," he said.

But, if you are determined to shop for a pet online, a good rule of thumb before trusting an unfamiliar website is to do a quick Google search. We found people complaining about these very same fake websites. Another handy tool is the reverse image check. We tracked one of the dog pictures to an actual breeder out of Oklahoma. They told us over the phone their pictures are constantly stolen for scams.

Walek is convinced there are more victims.

"I'm sure there's many more out there that have not reported just out of embarrassment," he said.

He’s asking anyone who lost their money because of this scam to come forward. Sadly, with these scammers probably working overseas, the victims will likely never get their money back.