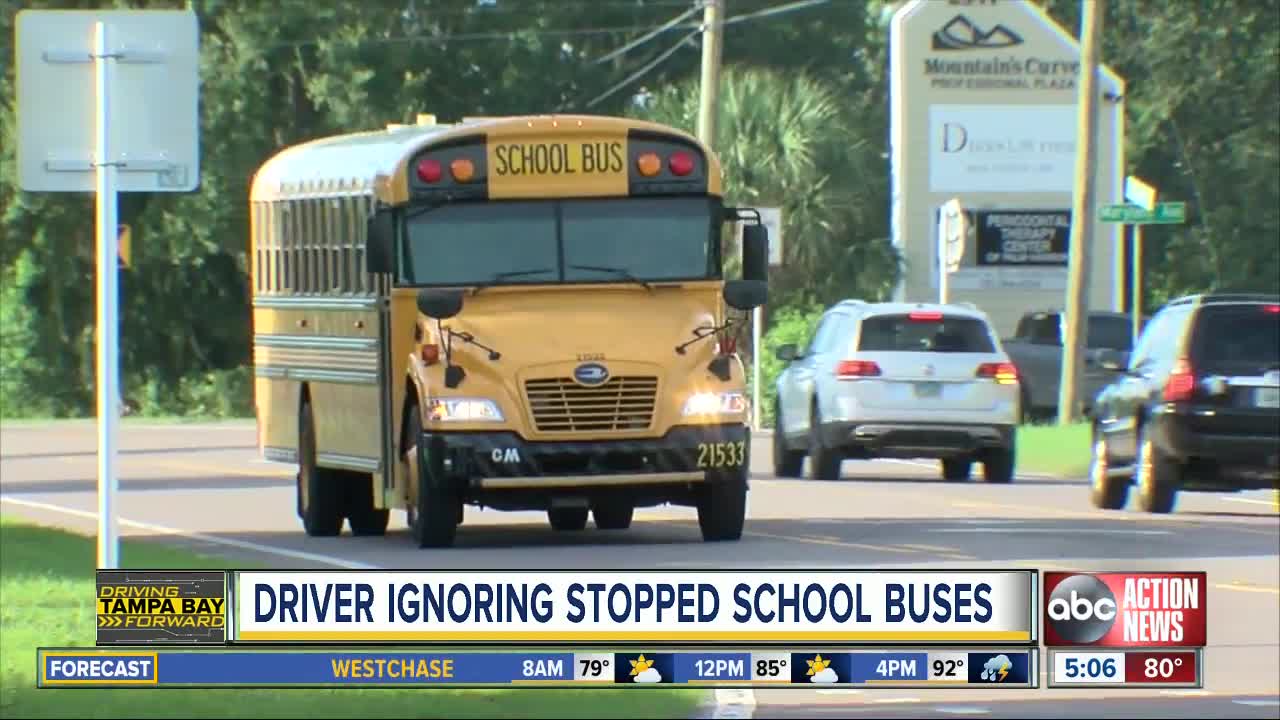 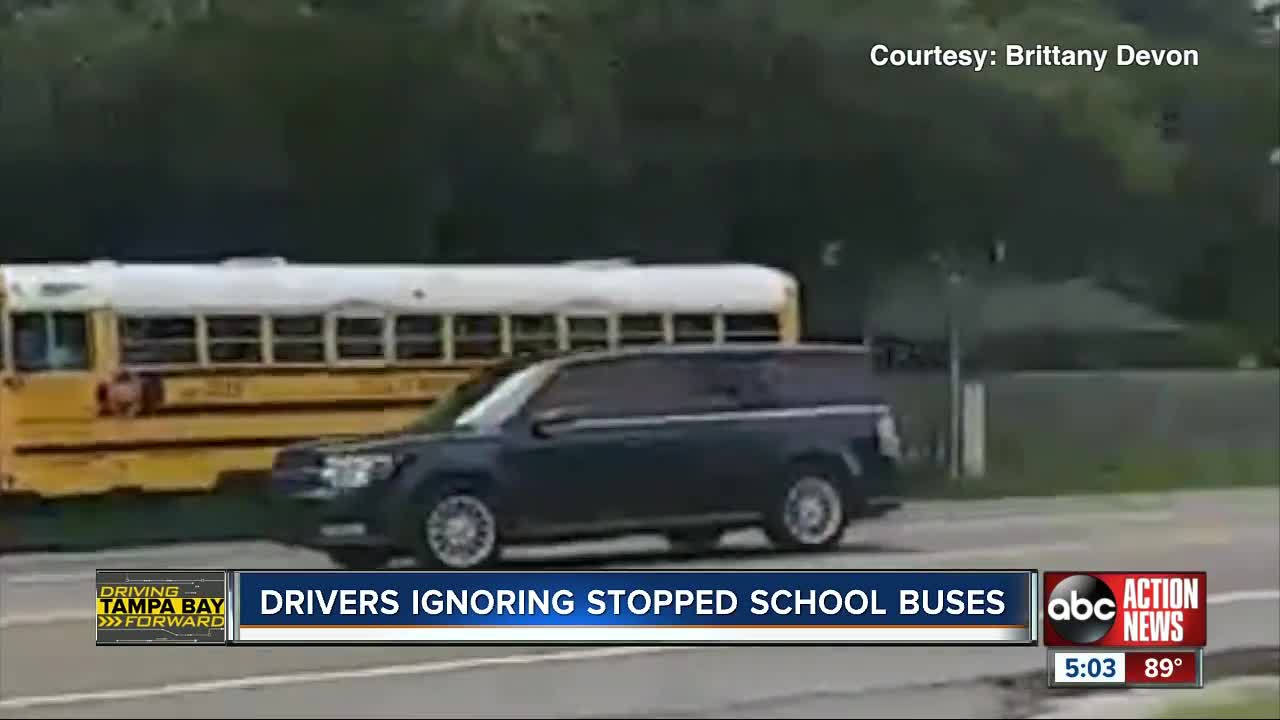 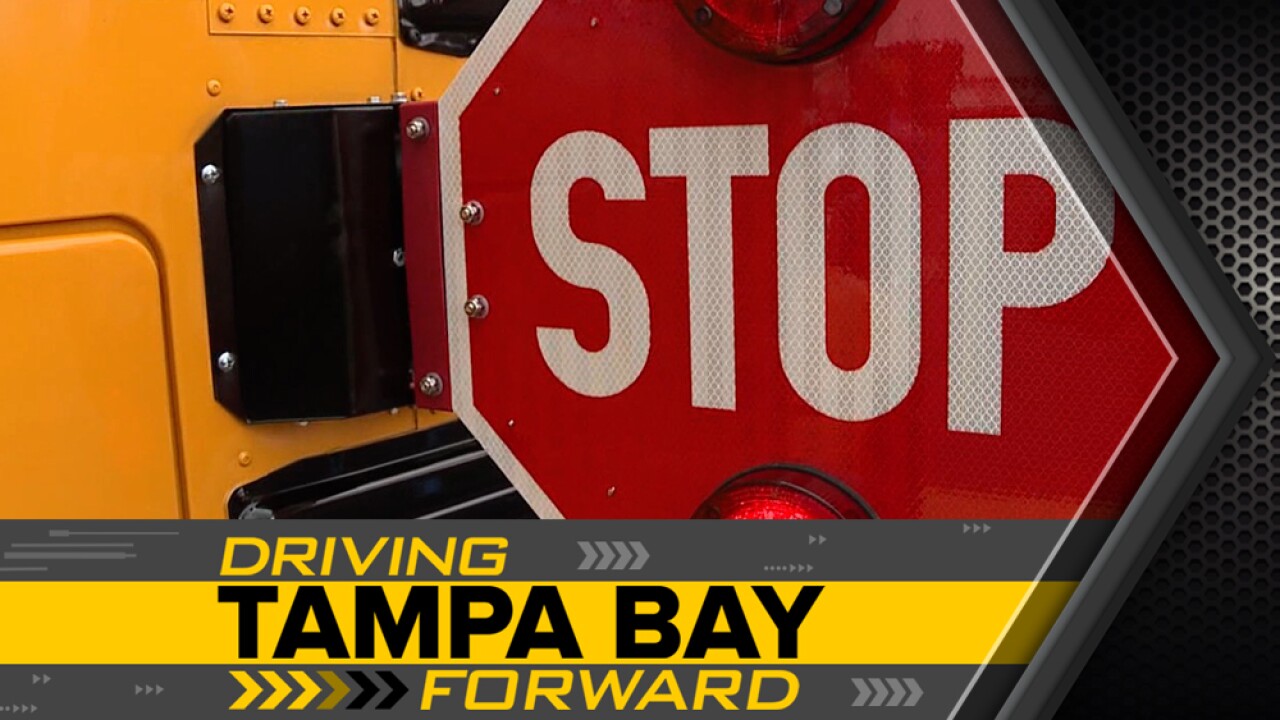 CRYSTAL BEACH, Fla — A dangerous situation in Pinellas county — parents and business owners have been catching drivers that blow past stopped school buses nearly every day.

The bus stop is in Crystal Beach along busy Alt. 19. And while the video is shocking to watch, it’s all too common these days at bus stops all across the Tampa Bay area.

600+ drivers illegally pass school buses in Pinellas in one day

Whatever the reason, he and other employees are paying more attention, grabbing their phones and getting video proof.

“I say 'stop, stop.' You can put your hand in the air and they don’t care, they keep going,” De Leon said.

Video shows a total of seven cars blowing right by the flashing lights and stop signs. By law, drivers must stop in this situation — a two lane road with a turning lane in the middle.

When motorists are required to stop for school buses

The only time you wouldn’t stop for a school bus is when there is a barrier or raised median between your car and the bus.

Pinellas County Sheriff's deputies have handed out tickets when they see people breaking the law, but they also have acted as a deterrent at this stop. Tuesday morning, everyone followed the rules, but they say it’s not possible to be there every single day.

"When they don’t see police they keep going. They don’t stop. When they see the police you know they stop,” said De Leon.

It’s why the Pinellas County School district says they will review the stop for possible alternatives.

Pinellas County schools recently installed 360 cameras on more than 50 school buses that do record. But a bill that would allow those videos to be used as proof in sending tickets to drivers via mail died last session. It’s unclear if the bill will be re-filed.