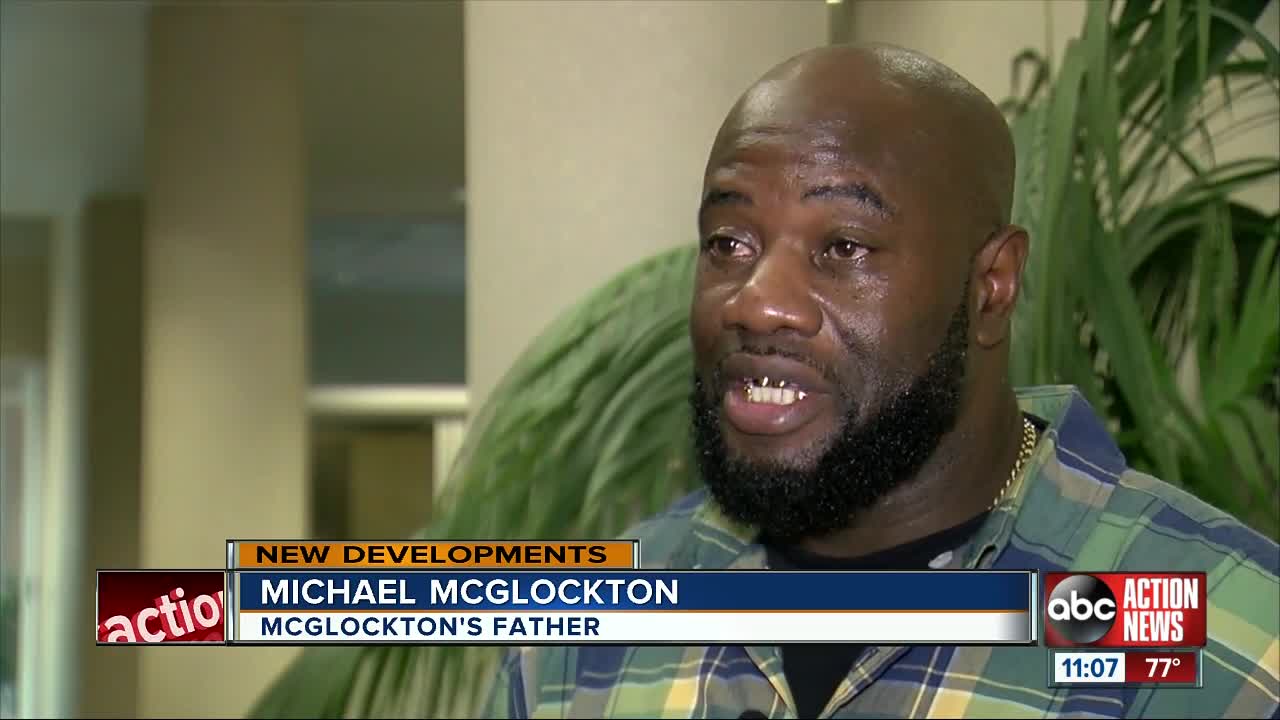 Convicted parking lot shooter Michael Drejka has been sentenced to 20 years in prison. 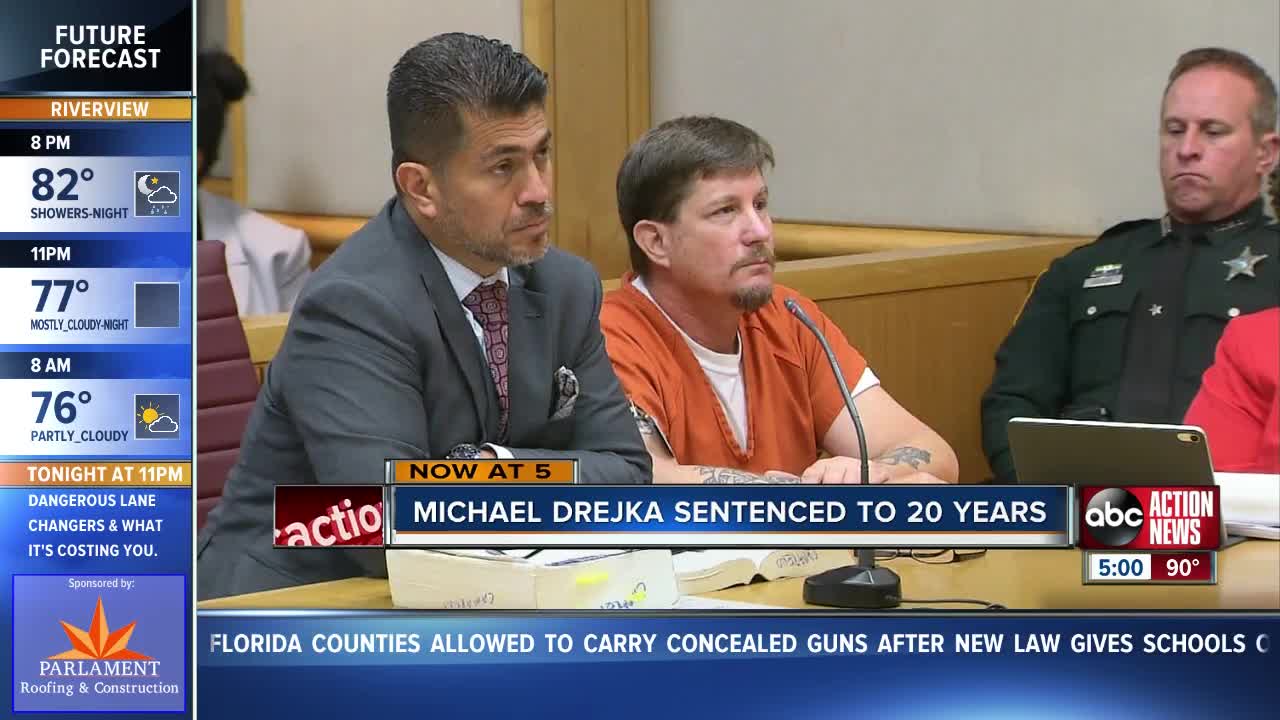 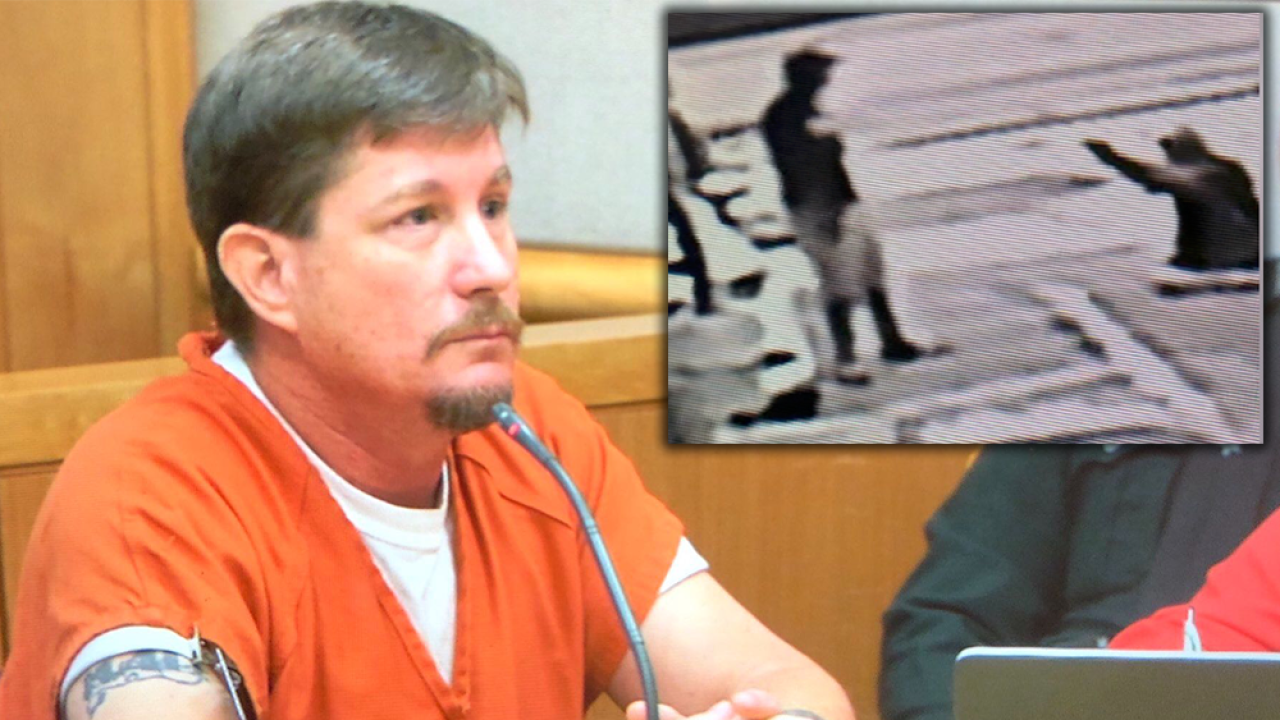 PINELLAS COUNTY, Fla. — Michael Drejka has been sentenced to 20 years in prison for the parking lot shooting of Markeis McGlockton.

Pinellas County Judge Joseph Bulone handed down the sentence just before noon on Thursday. The maximum sentence could have been up to 30 years.

“The defendant was blindsided when he was pushed down," Judge Bulone explained. He says that, alongside Drejka's previously clean criminal record and his cooperation with law enforcement represented the three reasons he shaved 10 years off the maximum sentence.

A jury found 48-year-old Drejka guilty of manslaughter in August 2019 for the shooting death of Markeis McGlockton over a handicapped parking spot outside a Clearwater convenience store in July of 2018.

“I’m not really sure that I’ve heard any remorse,” Judge Joseph Bulone added.

Judge Bulone gave Drejka credit for the 92 days he has already spent in jail.

“The video indicates that Markeis McGlockton wasn’t coming towards Michael Drejka. He wasn’t standing still. He was turning away and Markeis was retreating,” Judge Bulone said in his remarks before handing down the sentence.

Everything you need to know about the Michael Drejka case

Bulone also expressed several times during his remarks that Drejka was a "wanna-be police officer."

During today's sentencing, Drejka agreed to pay $550 in court costs and $5,000 in funeral costs to the McGlockton family.

John Trevena and Bryant Camereno, attornies representing Drejka tell ABC Action News they plan to appeal the verdict within the next 30 days. "I've never felt more confident in the basis for an appeal as this one," Trevena said after the sentencing.

Attornies Ben Crump and Michele Rayner, who represent McGlockton's family hope the case serves as a precedent. "It shows that equal justice is possible in America for black and brown people. This is a victory for people who care about equality," Crump said. Crump also released this statement following the sentencing:

Today’s sentence finally brings some closure and a measure of justice to the family and loved ones of Markeis McGlockton. His three children suffered the unimaginable pain of seeing their father gunned down in cold blood, and now they will grow up without his love and presence. Michael Drejka tried to hide behind a stand your ground defense, and will now have to pay the penalty for extinguishing an innocent life. This sentence is an affirmation that Markeis’s life mattered and the justice system will hold his killer accountable.

Crump and Rayner hope the verdict and sentencing convince lawmakers to change or repeal the "stand your ground" law. Two bills were drafted in the previous legislative session but they died in committee. Rayner and McGlockton's family plan to continue to fight for the law to be overturned. "It is our hope and our goal that this case will be a stepping stone for us to repeal or amend stand your ground," Rayner said. "The way the law is written and applied is not uniform across the board. There are real problems with stand your ground."

McGlockton's family said while they had hoped for a 30 year sentence, they are satisfied with 20 years. "Now I can go home and tell my children that the killer didn't get away with the murder of their daddy," Britany Jacobs explained.

"I can't forgive Michael Drejka," McGlockton's father Michael added. "There's no forgiveness in my heart because my only son is gone. Now, my family can at least start to heal."

Drejka's wife also broke her silence Thursday during the sentencing hearing. Although she did not appear in court, she did write a letter asking for the judge to consider a lighter sentence. Attorney Jean-Pierre Coy read the letter aloud to the judge, which said in part: "I believe in my husband and trust him with my life. He is not the person the prosecution and media have made him out to be. Michael is a kind, loving, supportive and hardworking man. My husband is not a violent person. He is an honorable man and a good human being. On behalf of myself, our family and everyone who knows Michael, I am asking for leniency when considering Michael's sentence."