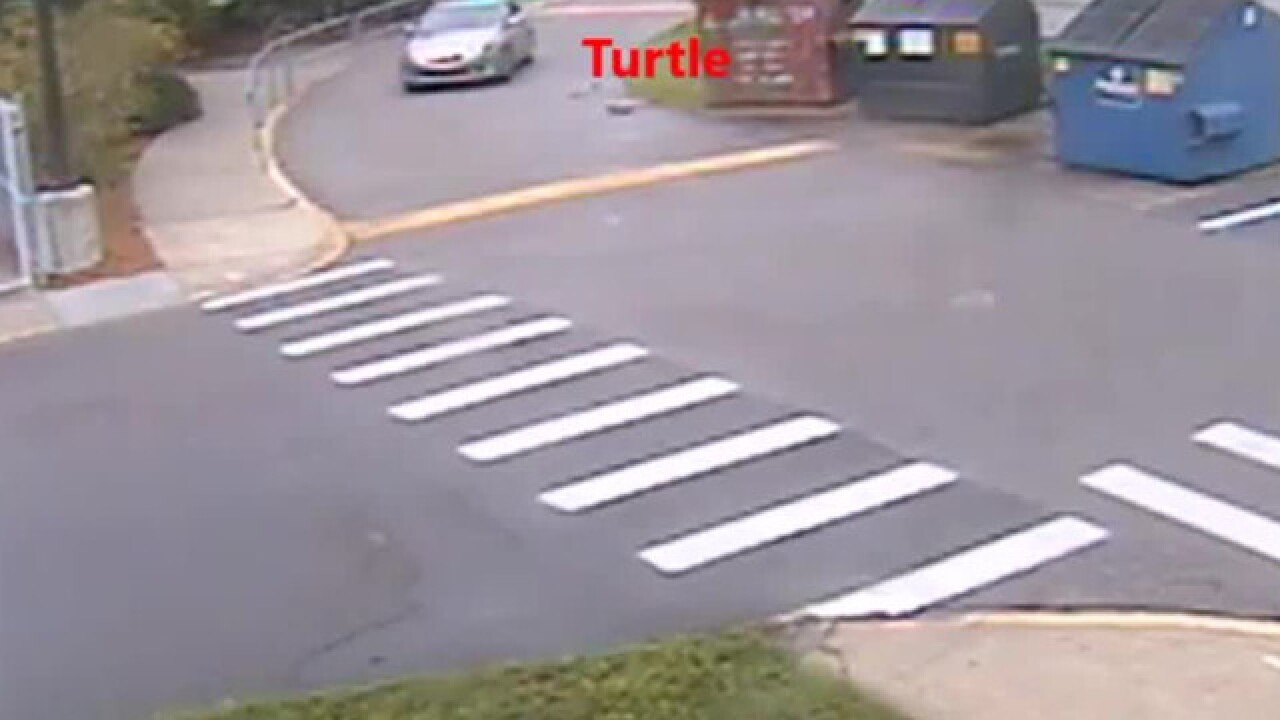 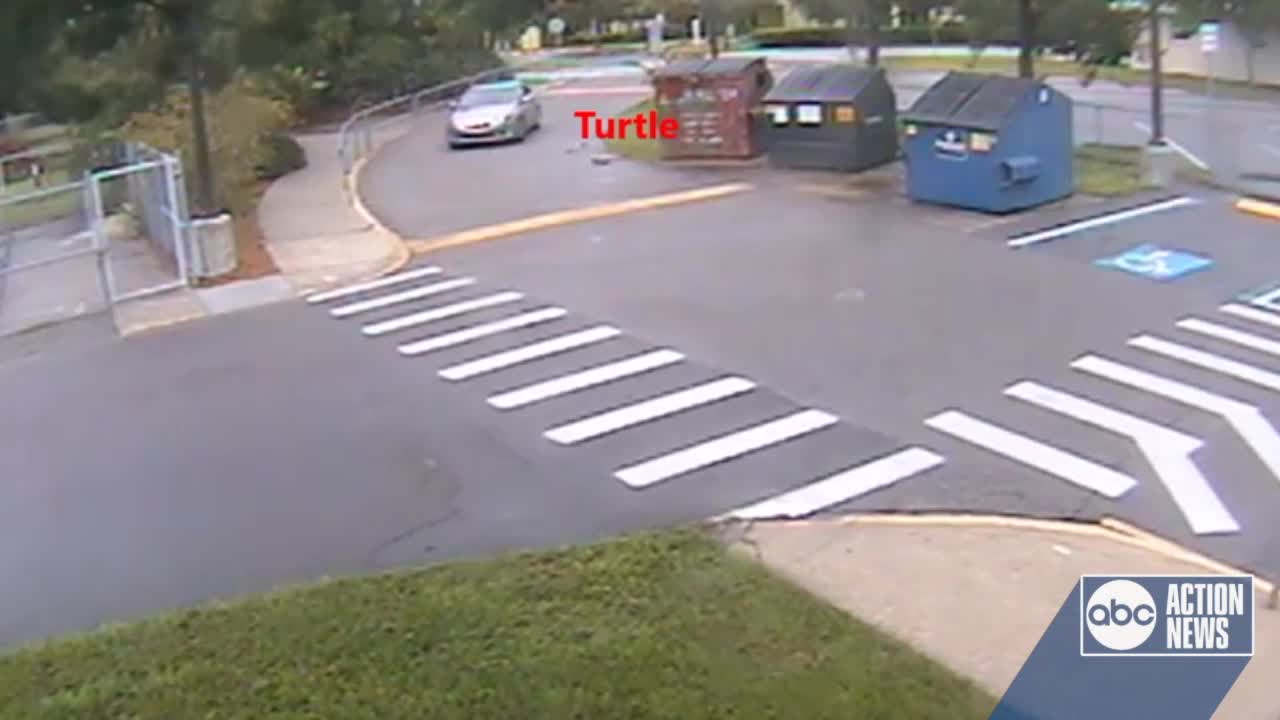 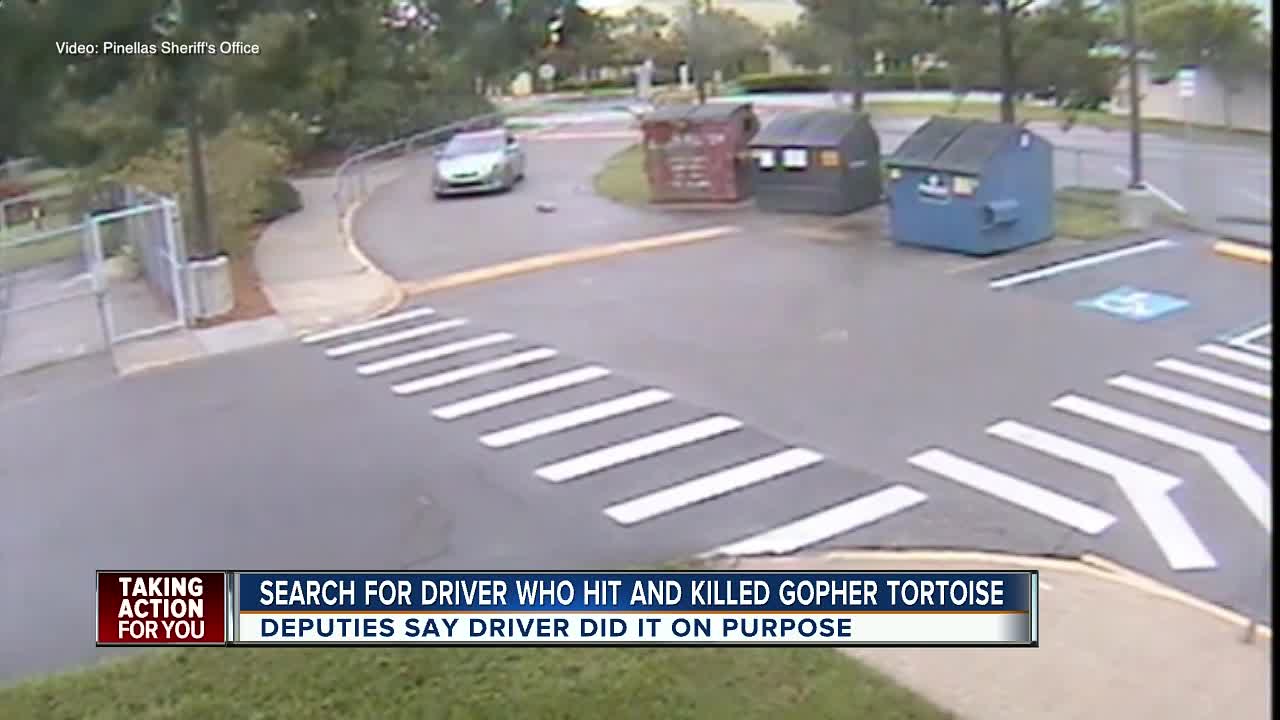 DUNEDIN, Fla. — When Kris Porter saw the video of someone purposely running over a gopher tortoise she says she got nauseous.

“Not a lot of things usually affect me after 35 years, but that deliberate, that somebody that can be that cruel made me sick.”

Deputies called her to try and save the gopher tortoise found Saturday at San Jose Elementary School in Dunedin.

Surveillance video from the school shows someone driving an Acura TSX in the bus circle.

They appear to stop as the tortoise tries to cross, then speed up and run over him.

Gopher tortoises are a threatened species in Florida and protected by law.

Porter says when she got him his shell was crushed and his internal organs gravely wounded.

“I was hoping for the best, but when he got to my house it was critical,” she said.

It’s been a bad week for the volunteers at Owl’s Nest.

Not only did the tortoise die, but Kris says someone deliberately shot a vulture in Hudson and a family of Sandhill Cranes died on the roads in Wesley Chapel.

Anyone with information about who ran down the gopher tortoise should contact Sergeant Kristopher Wendel of the Patrol Operations Unit 727-582-6200.

To remain anonymous and be eligible for a reward, contact Crime Stoppers at 1-800-873-TIPS or www.crimestoppersofpinellas.org.