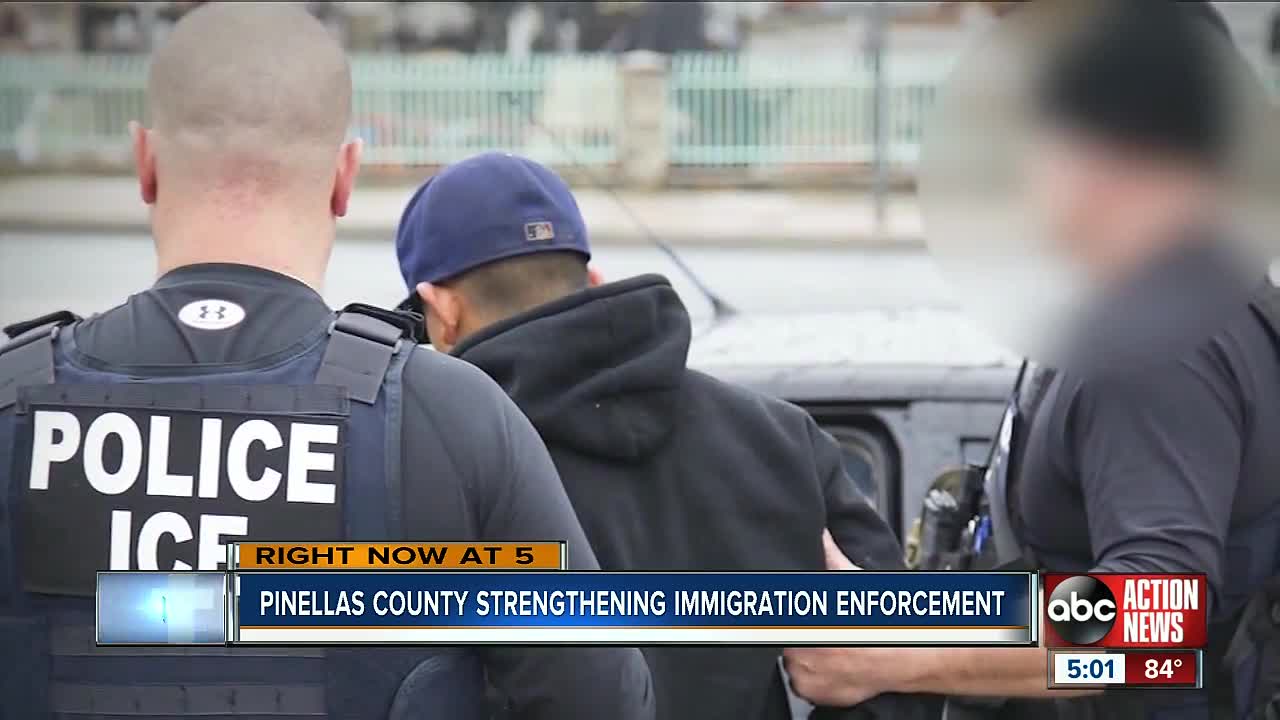 Several Bay area law enforcement agencies and the U.S. Immigration and Customs Enforcement, or ICE, are teaming up to announce new efforts, they say, will enhance public safety. 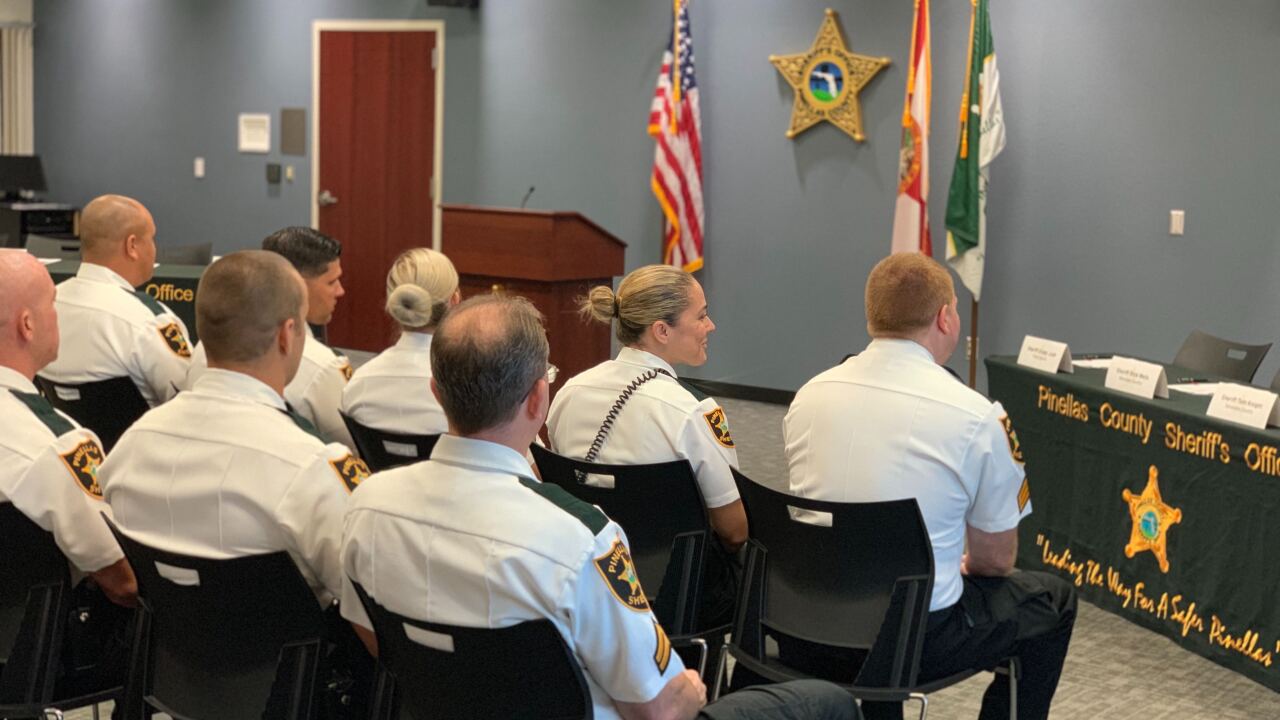 With the stroke of a pen Pinellas County became the first in the nation to implement the Warrant Service Officer Program. It gives deputized officers limited powers to act like ICE agents. After a day of training, these special deputies will be able to serve federal warrants and hold jailed offenders for ICE pickup.

“If you are here in this county illegally and you end up in a county jail or state prison, then we will, as we should, help ICE remove you from the United States," said Sheriff Bob Gualtieri of Pinellas County Sheriff's Office.

Already, several Florida jails hold inmates for up to 48 hours when ICE issues a detainer request. This means they have probable cause a person can be deported under federal law. Now area law enforcement is touting the new program as a bigger and better way to cooperate with ICE.

"The majority of the people we are going to be dealing with in this program come here [U.S] to commit crime," said Sheriff Grady Judd of Polk County Sheriff's Office.

However, immigration activists like Pamela Gomez worry whether this program would cast too big a net forcing low-level offenders, like those driving without a license, out of the country instead of more serious criminals.

"Our public officials here today are sending a very strong message to our communities that they are not with all of us," she said.

They are also concerned about a chilling effect in the community.

"The question is if I report a crime am I going to be taken to jail because I don’t have papers?” asked Ana Lamb, President of the League of United Latin American Citizens, LULAC 7250.

But Sheriff Gualtieri, bristled at questions about potential, unintended negative impacts in how the undocumented community may perceive his office.

"This has nothing to do with any law enforcement officer going out in the street and asking someone for their immigration status or conducting an immigration investigation," he said.

A newly passed anti-sanctuary bill is sitting on the governor's desk. While under the WSO program these special officers could not be a part of any immigration investigation, should the bill pass. It would give them authority to actually transport the offenders directly to ICE detention themselves.

"I'm getting emotional because our communities are definitely in a vulnerable position right now. We live day-by-day seeing the people in our community disappear," said Gomez.

According to ICE, the program will soon be available nationwide. Sheriff Gualtieri calls it "legally unchallengeable."

The American Civil Liberties Union, or ACLU, gave us this statement:

“This WSO initiative is just the latest effort by ICE and by certain Florida officials to turn our state and local law enforcement agencies into a permanent arm of federal Immigration enforcement at local expense. Like the BOA, it attempts to do so by upending the limits federal law places on state and local government involvement in such activities. This latest scheme only underscores the continued inadequacy of local Immigration enforcement arrangements. We will continue to make sure local law enforcement entities are held accountable for unlawful deportation arrests.”