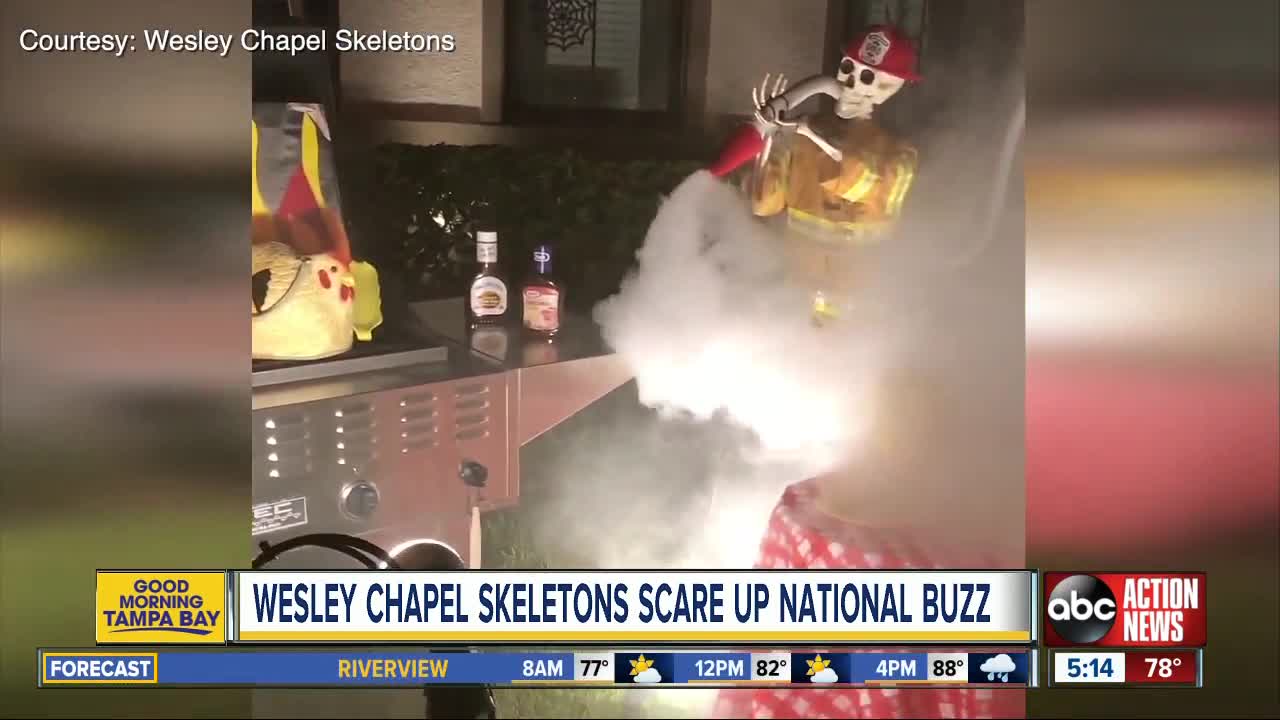 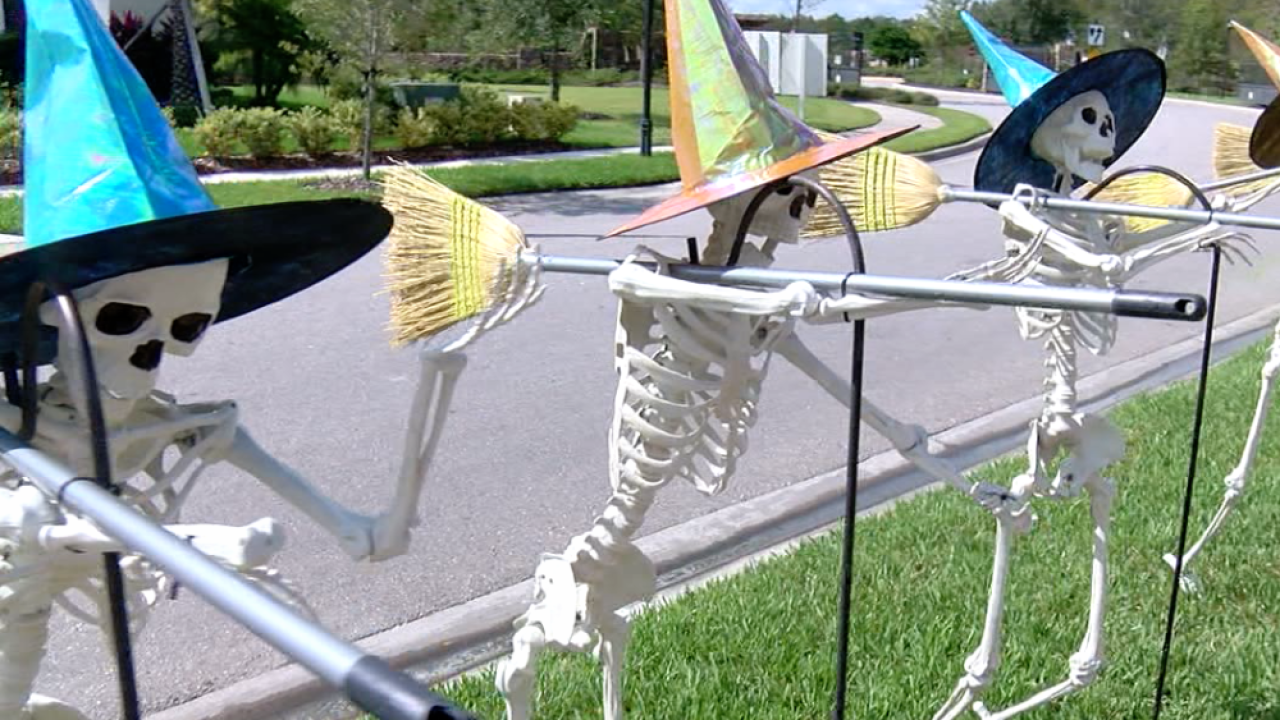 WESLEY CHAPEL, Fla. — The Jonas Brothers got the skeleton treatment.

There was also a skeleton BBQ gone wrong where the skeleton fire department showed up and a sweet skeleton pumpkin patch for the kiddos.

This year, the now-famous Wesley Chapel Skeletons are taking a witchy drivers ed class, complete with a flying broom runway.

“I started with them doing household chores, like taking out the garbage,” says Bob Jarabek, one half of the masterminds behind the fiendishly clever Halloween decorations. “But they got more elaborate.”

“People” magazine and “USA Today” both reported on the Wesley Chapel Skeletons, which can be found on Driscoll Drive in their town’s Enclave neighborhood.

Jarabek, with husband Bill Patterson, changes up the skeleton design every single day in October.

Bob says he gets gus inspiration while taking a bubble bath.

There’s always sly winking humor involved, and a lot of heart too.

Bill and Bob, parents to a young son, are now local celebrities. They try to use props they already own, but they’ll hit Party City or Target if they have an idea that needs some oomph. For instance, a skeleton football game complete with cheerleaders.

“Every single day someone comes up to us and says, ‘You give me hope,’” says Patterson.

The couple owned several successful Dunkin Donuts stores in the area before retiring. They are now just having a whole lot of fun.

They admit it can get overwhelming, but the response has been too good to stop.

“Everybody’s looking for a minute, just a minute, in their own head when they can just laugh,” says Patterson.