They say it's because thieves often target substations and steal copper wiring they can sell to scrap yards and recycling centers.

The damage left behind is extensive.

“It’s a big deal and costs our members a lot of money,” said Manager of Member Relations, David Lambert.

Ripping out the copper can also lead to power outages.  If things go really wrong, the station could get fried and it would cost a million dollars to fix.

Withlacoochee is a non-profit co-op bringing power to several counties including Pasco, Hernando, and Polk.

“When someone steals from us, they are basically dipping into the pockets of the others members. They are having to cover the costs of all of the repairs and the theft,” said Lambert.

There’s also the danger for those who break into to a substation.

There are 69,000 volts of electricity coming in here, and while the two guys weren’t hurt, others trying to do the same thing have been seriously injured or even killed.

In this latest break-in, surveillance cameras snapped pictures of two men who broke into the Zephyrhills substation on State Road 54 over the weekend.

You can even see one of them holding bolt cutters. 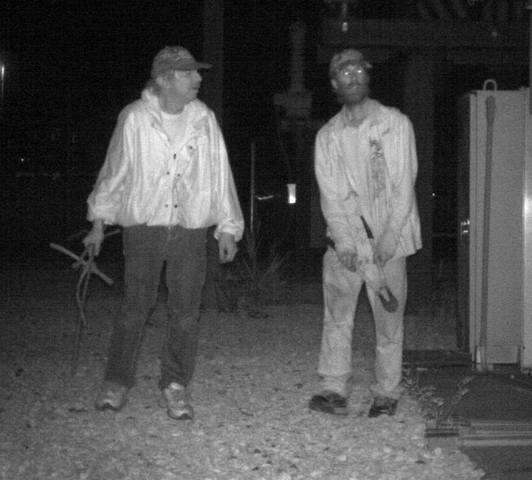 The Pasco Sheriff’s Office says after people spread the pictures on social media, they’ve been able to identify the men. Now it’s just a matter of tracking them down.

The electric company is offering $500 for a tip leading to an arrest.