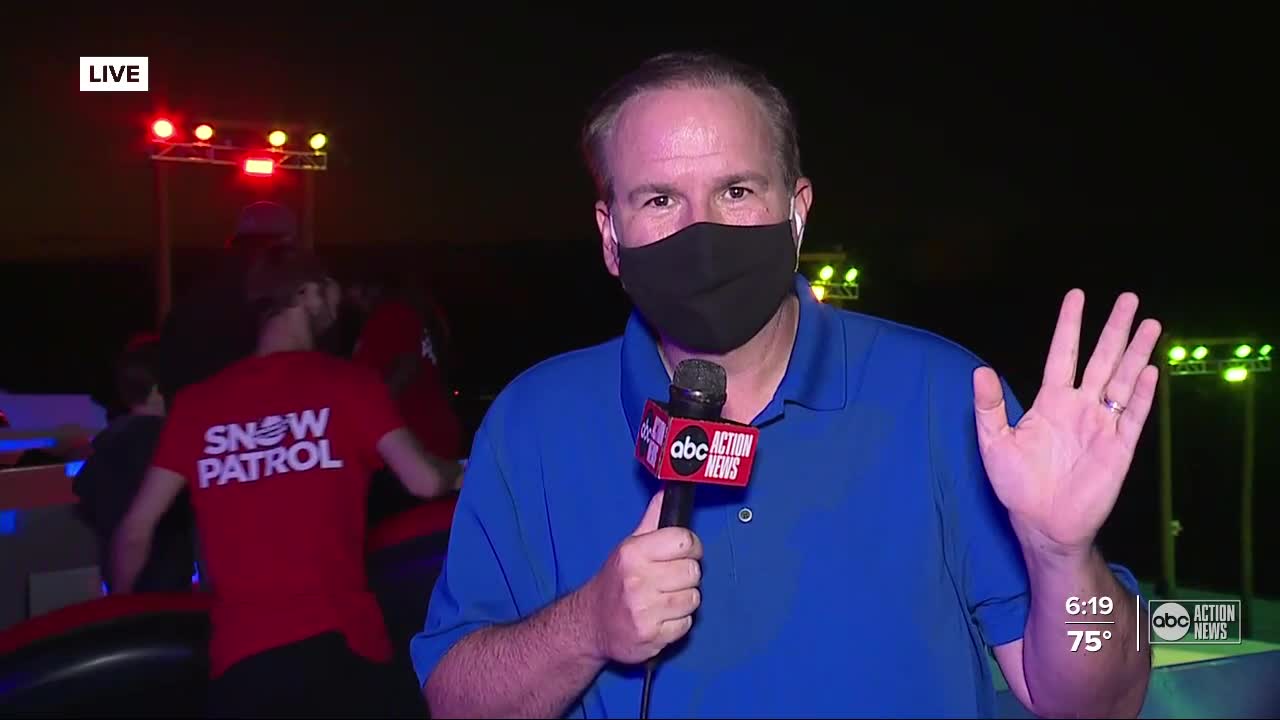 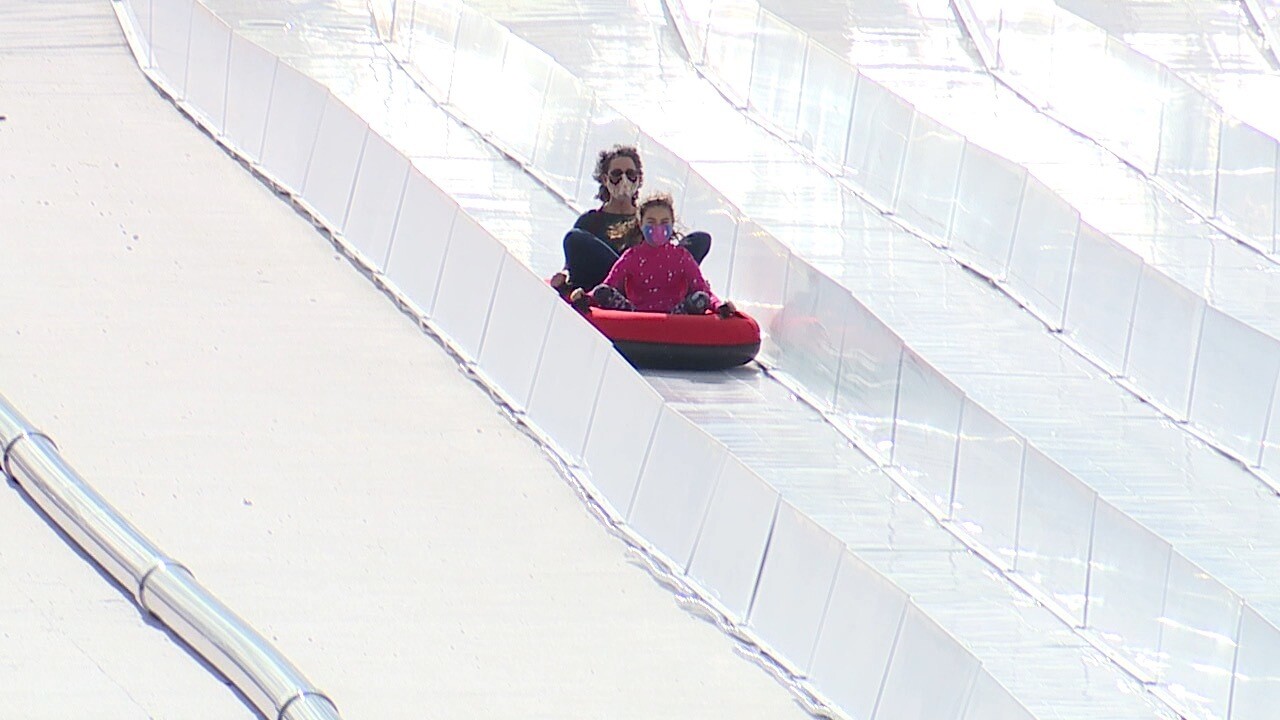 Owners of Snowcat Ridge Alpine Snow Park say they’ve been working on this facility for five years and spent about a million dollars in research to see if it was possible.

But it is a reality, creating snow and ice even with temperatures in the 80s.

The hill has a cooling system to keep it from melting away.

“There’s only one ingredient and it’s water. That’s the only thing we use. The rest of it is magic. So two parts magic. One part water," said Nagengast.

The park says they offer an attraction you won’t find anywhere else in the state.

They also have an Arctic igloo for snowball fights and snowman building.

But the 400-foot tube run is the highlight.

You can go down by yourself, in tandem, or with a group.

“That was cool. From the top it looks amazing. And we went nice and fast and had a really great time," said Jennifer Jahon, who came with her two kids.

Opening during a pandemic is far from ideal, but the owners say they are following safety guidelines and had planned on limited capacity anyway.

“If you are out here on Saturday. You will not see thousands of people. We actually keep that number down to make sure we give a top notice experience to our customers and make sure they have a great time," said Nagengast.

The park is weather dependent, so it will close in the spring or if temperatures are too high.

For more information, go to www.snowcatridge.com.