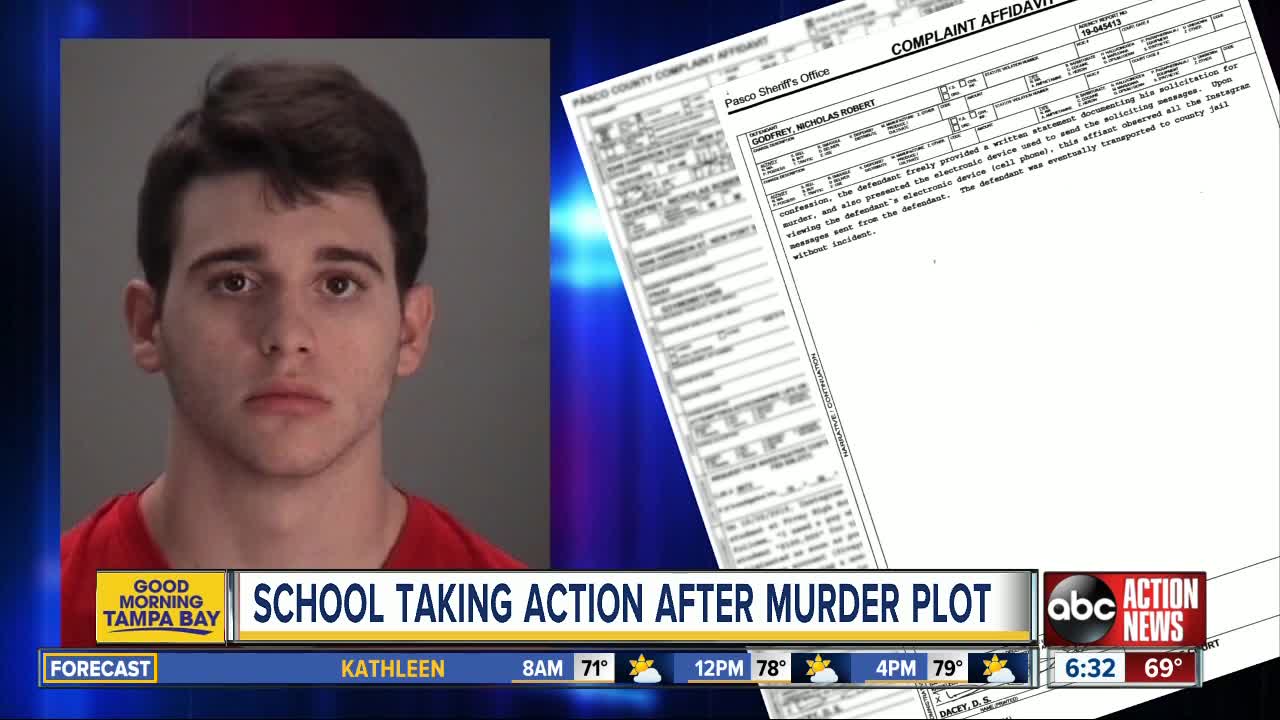 A Fivay High School student was arrested after deputies say he tried to find someone to kill a school staff member. 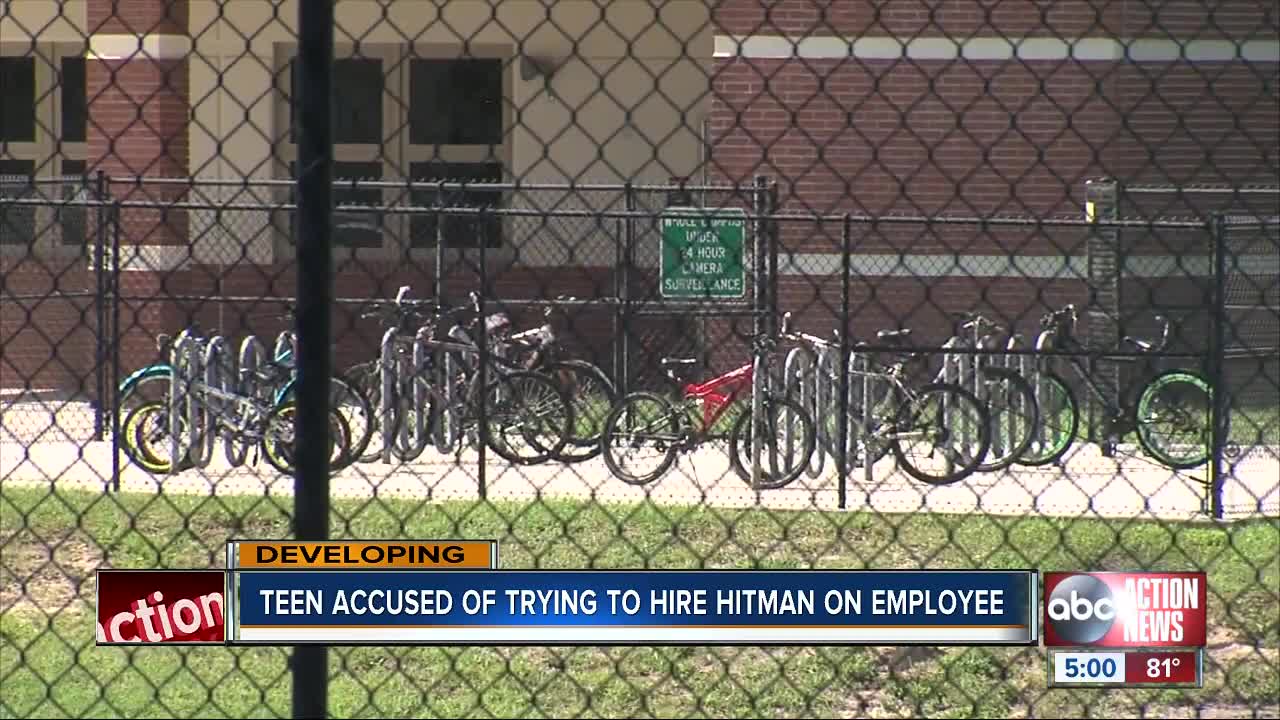 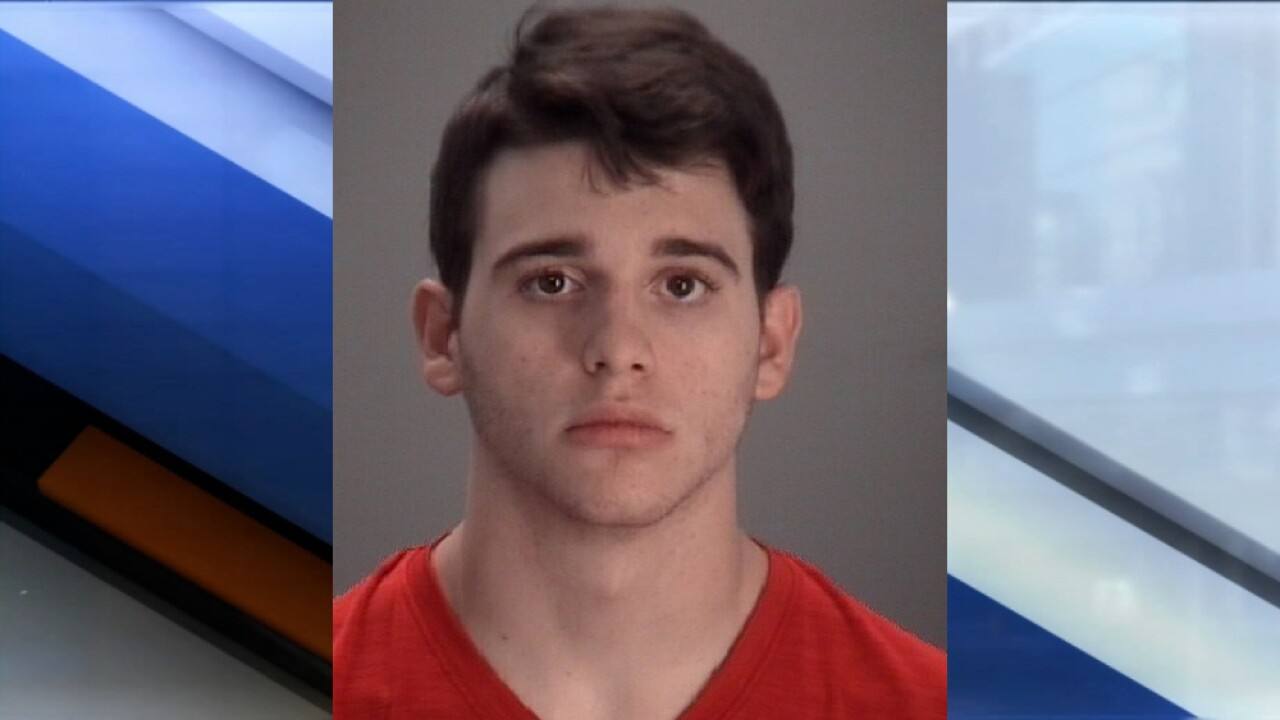 PASCO COUNTY, Fla. — A Fivay High School student was arrested after deputies say he tried to find someone to kill a school staff member.

On Oct. 30, detectives say Instagram direct messages were sent to a student at Fivay High School reading as follows: "I need a guy who could kill someone."

Detectives say the Instagram account belongs to 18-year-old Nicholas Godfrey. He also allegedly said he would give the student $100,000 for the the staff member's head.

"No joke, I need him eliminated as soon as possible," Godfrey reportedly said.

A search warrant was obtained for the IG account, which revealed an IP address registered to Godfrey's residence.

He admitted to sending the messages and he freely provided his phone to detectives, who saw the messages still there.

"After speaking with Mr.Godfrey he did not have any clear direction or I guess plan to follow through with this as he said but more he was joking around," said Pasco County Detective David Dacey.

But investigators said there will be zero tolerance for this type of crime.

"There's gonna be zero tolerance. You threatened a member of a school district who's out there trying to do their job to educate children and be part of that process, we're gonna come hunt you down. We will track you down," said Pasco County Sheriff Chris Nocco. "The very sad part of the situation is that when the investigators, when Detective Dacey, got there, the parents were shocked because the parents had no idea and that’s a sad reality of what’s going on."

Godfrey was arrested for attempting to solicit murder and booked in the county jail.

The case follows reports of several fights breaking out at Fivay High School. Investigators said they didn't believe Godfrey was involved in those.

"I have begged with students, I have plead with parents to know what your kids are doing on social media and who they’re talking to it’s a community effort. The issues at Fivay High School I will tell you often time schools get blamed for what’s going on but I will tell you we are a microcosm of communities in which we serve," said Pasco County Schools Superintendent Kurt Browning.

The sheriff said there will be an additional school resource officer at the school next week.