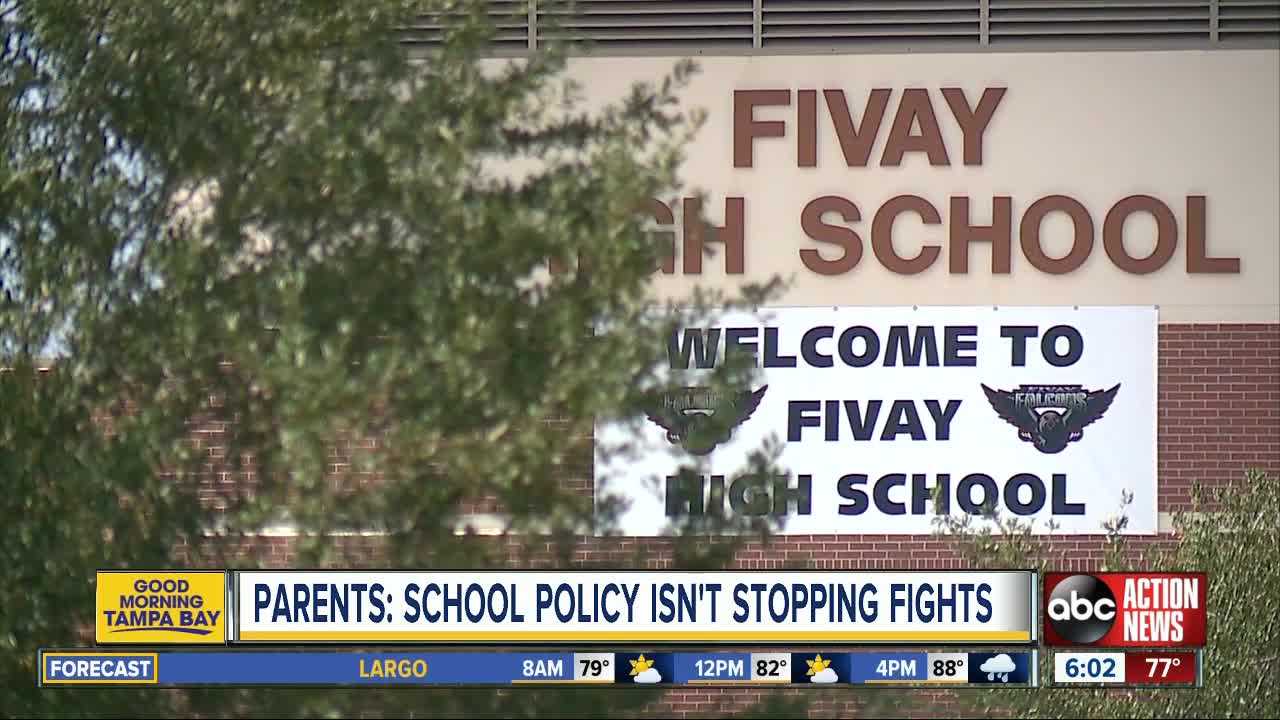 Parents of students at Fivay High School express concern as fights continue to break out. 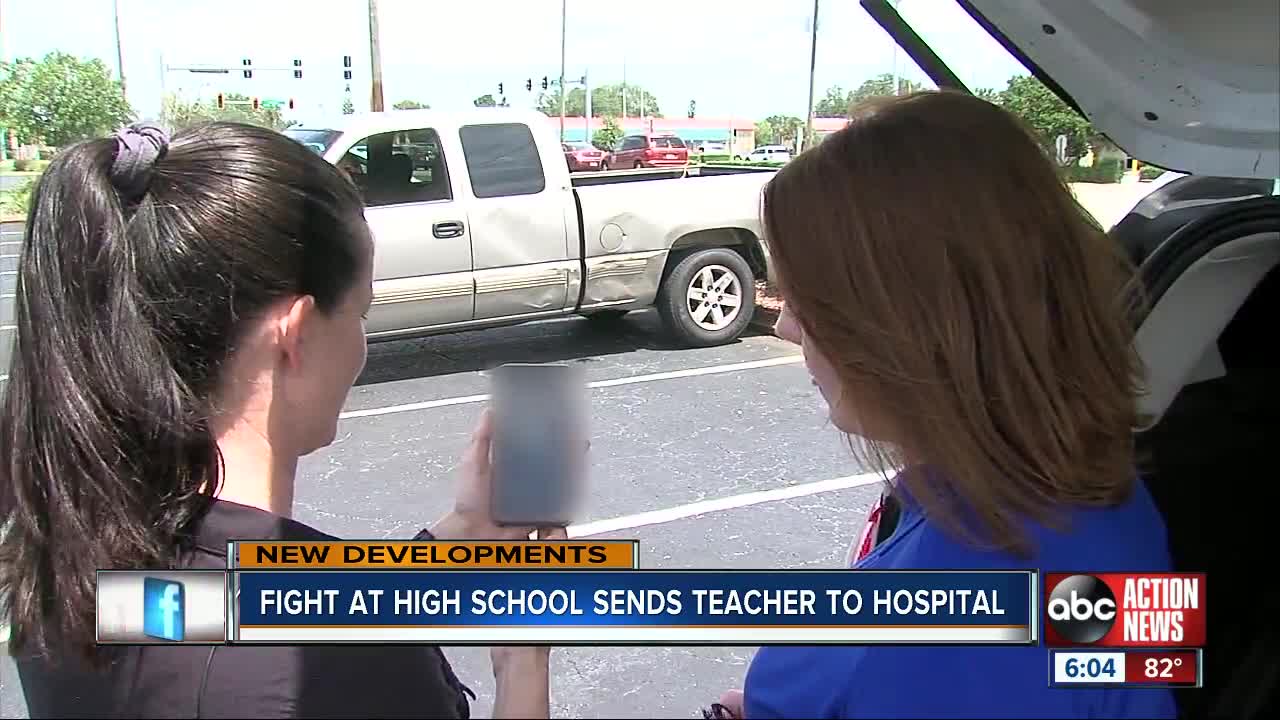 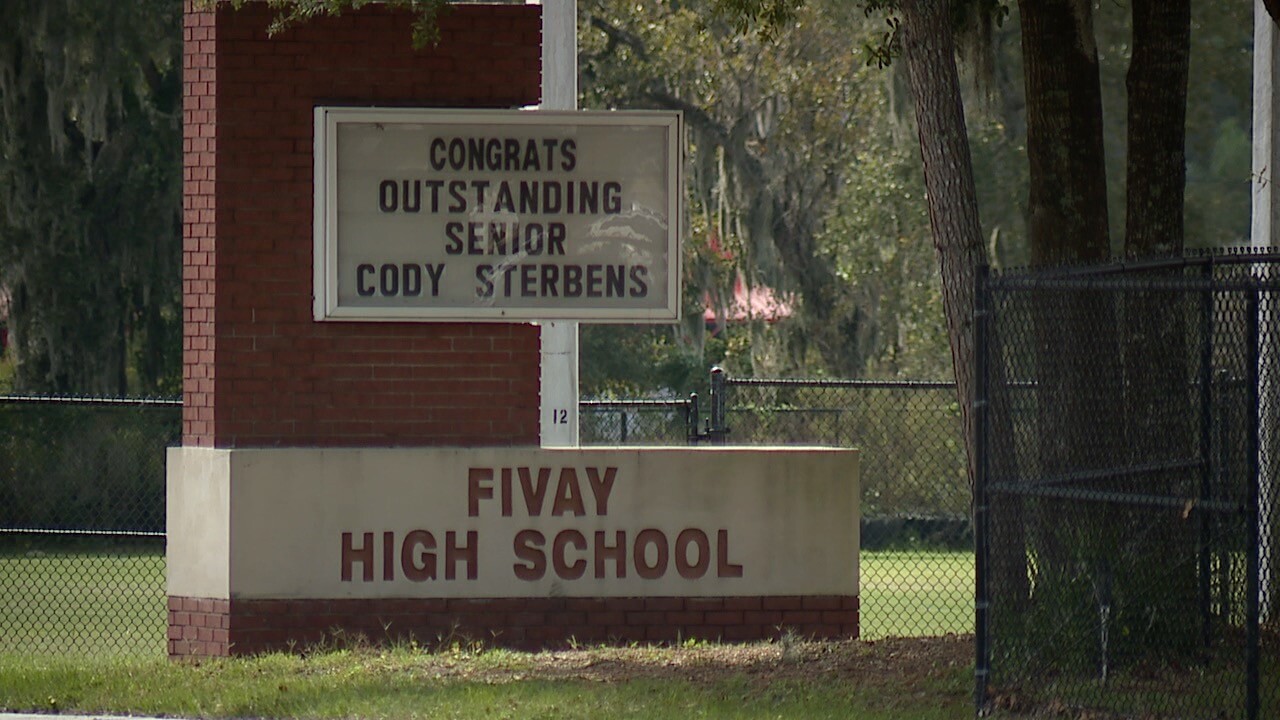 PASCO COUNTY, Fla — A Pasco County school is getting a bad reputation.

"Kids are calling their school fight club school instead of Fivay,” said the parent of a student at Fivay High School.

She and other parents are worried about what will happen next and if their child will be the target.

"Not just scuffles but huge fights, some that he’s called riots where teachers are involved - where there’s blood on the walls, blood on the floors,” said another parent.

Neither of these parents wanted to share their names to protect the identity of their kids. One of them says the fights have become extremely disruptive.

"He said there’s no point in being at school because he’s not learning,” she said.

We asked the district in September about the fights which prompted the School’s Principal, Jason Joens, to announce a new set of rules and disciplinary action. Whenever a fight happens, parents say they get voicemail recordings from Joens telling them about the incident and what’s being done.

"When I tell my son these things he laughs because he says these kids who get in these fights are back at school the next day that nothing happens,” one parent said.

The district says when a student is suspended their parents have the right to appeal, which sometimes explains why their discipline is reduced. Officials say they have identified and suspended 13 students for fights.

The district sent the following statement:

"Sometimes the number of days is reduced because the student and parent have agreed to certain terms that the student will comply with or face additional days of suspension. In many cases at the high school level, the agreement will be a graduation plan."

"If they’re still getting in these fights and doing the things that he’s asking them not to do, there’s definitely not a full level of respect there,” said one parent.

Another parent shared a video with us of a brawl last Thursday that sent a teacher to the hospital. That teacher, according to the Pasco County Sheriffs Office, pulled a muscle as he tried to get a student involved in the fight off a table. We did not show the video because we don’t know who shot it and cannot get permission to use it.

"If you don’t know exactly what you’re sending your kid off to face each day they can’t adequately prepare for it,” said a parent.

She believes that Mr. Joens, administration and teachers should sit down with concerned parents to discuss solutions, but to also get to the root of the problem: "to hear from the SROs [about] what’s triggering these fights."

The district says parents that have concerns can attend the School Advisory Council the first Thursday of every month at 5 p.m.