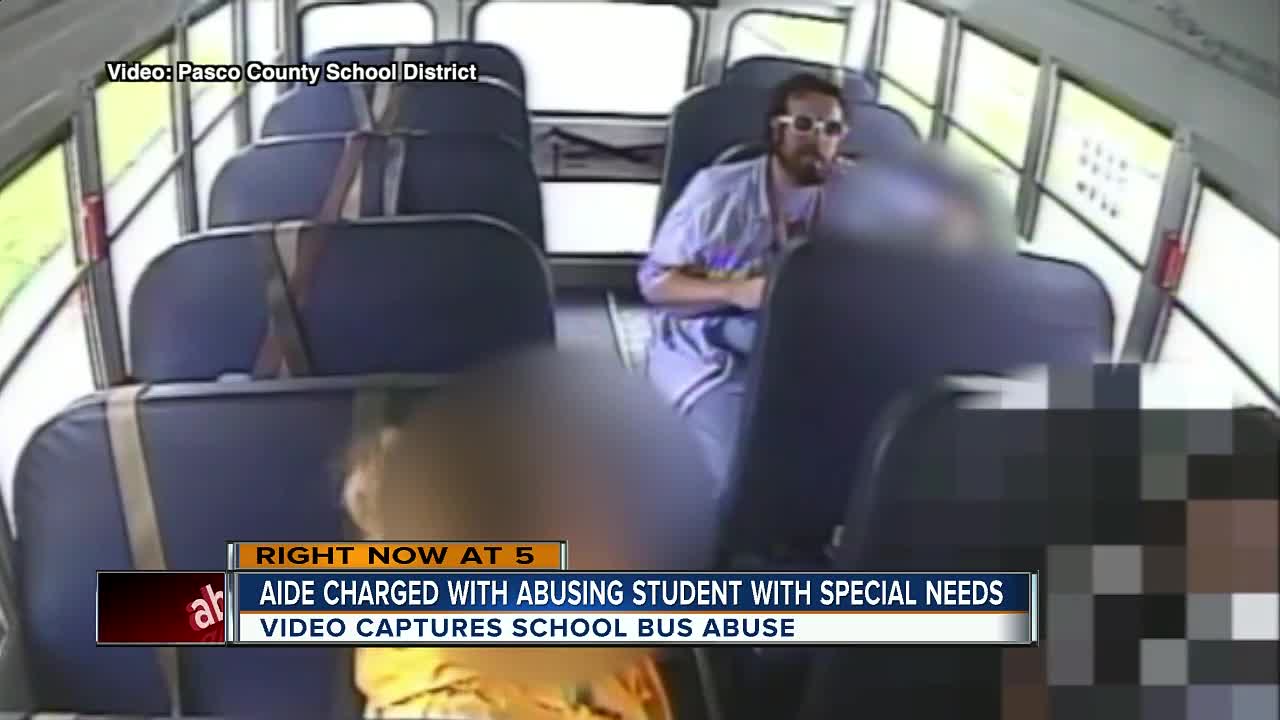 A Wesley Chapel High School teacher's aide is accused of abusing a student with special needs on a school bus. 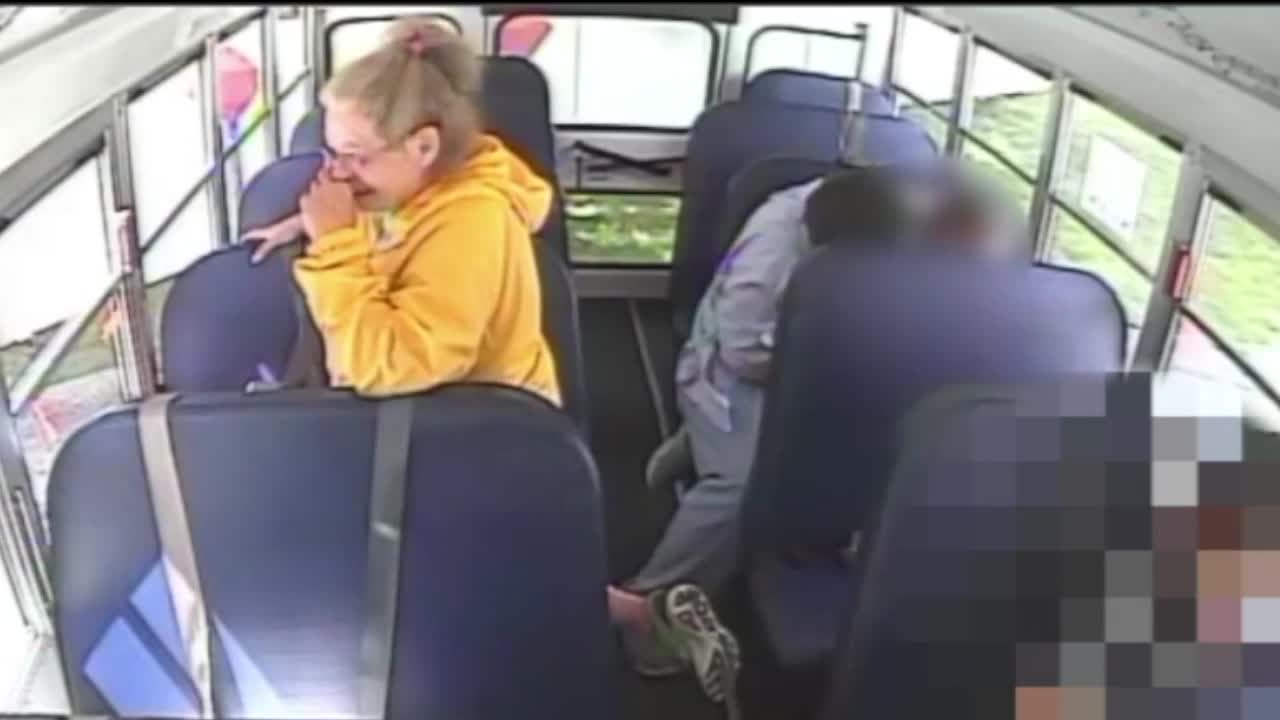 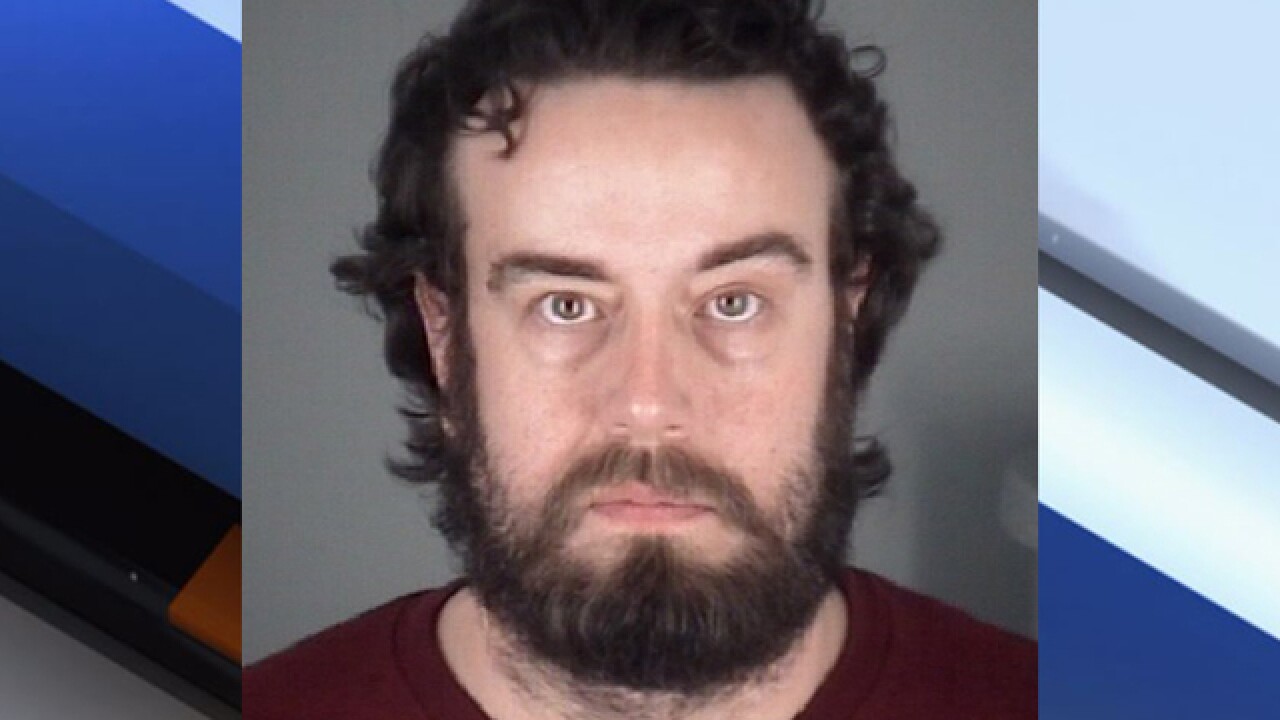 WESLEY CHAPEL, Fla. — A Wesley Chapel High School teacher's aide is accused of abusing a student with special needs on a school bus.

It happened on September 18 and September 20 when video from the bus reportedly showed Simpson using unreasonable force on the student.

Deputies say the suspect can be seen pushing the student's head down and using his body weight on the student's back; measures outside any approved means of physical contact or control techniques to be used by staff. He also was seen restraining the child's arms by the wrist and shoving his elbow into the side of his neck.

Aides are trained on how to deal with children who have special needs that can get out of control, but the district says this child, who is non-verbal, wasn’t doing anything to deserve such force.

“It’s distressing that we have someone’s that’s trusted to work with vulnerable students who would abuse a student. We will not tolerate it,” said spokesperson Linda Cobbe.

“These people have no clue how to deal with these kids on a daily basis,” he said.

He says he's also troubled with the level of care his son gets.

“It’s hard for him to even get up and ask the teacher for help, if this kid is low functioning, I can see that it’s very difficult for these people not being educated on what they are doing.”

Simpson was arrested on two counts of child abuse. His position at Wesley Chapel High is listed as an ESC assistant instructor on the affidavit. He was hired in April of 2017 and is suspended without pay, until the next school board meeting when further discipline can be handed down. The first opportunity to do that, according to the school district, is Oct. 2.

The district says the aide was just recently assigned to look after the child on the bus. They say the family is already suing the district over another issue.

Simpson bonded out of jail on Tuesday afternoon. There was no answer when we knocked on his door.