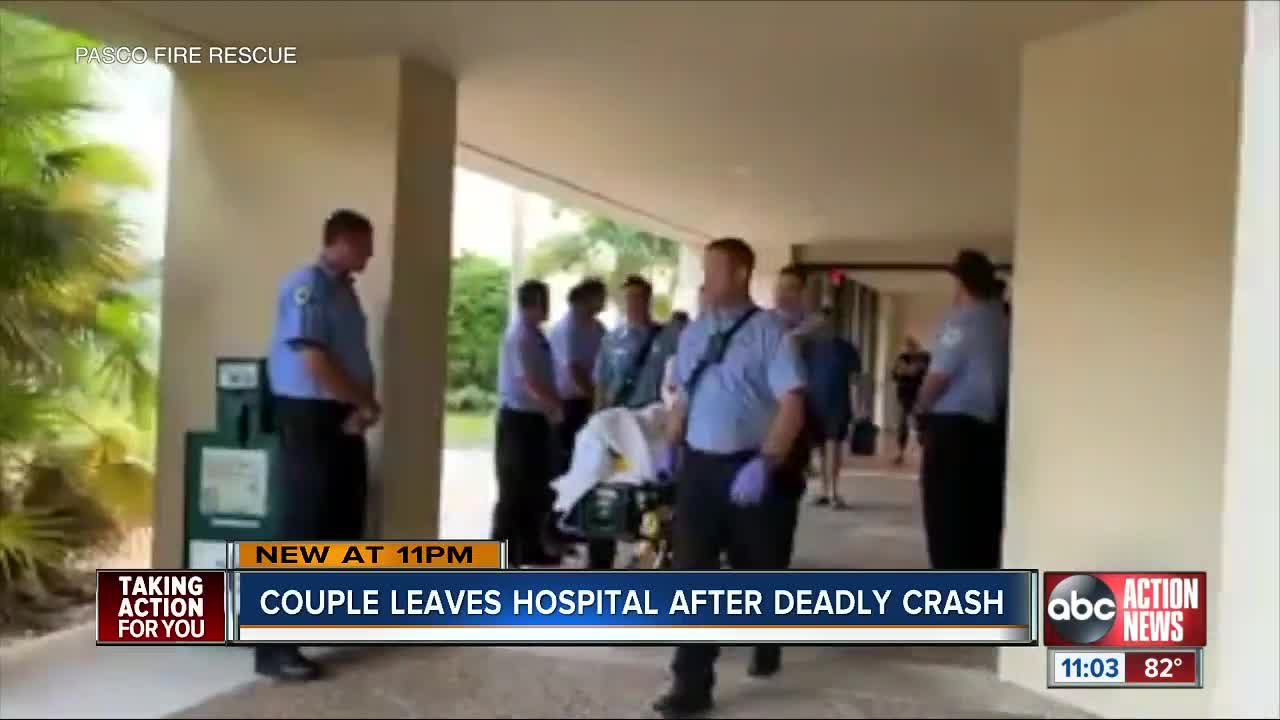 A Pasco County firefighter and his wife are out of the hospital following a serious car crash that killed their daughter. 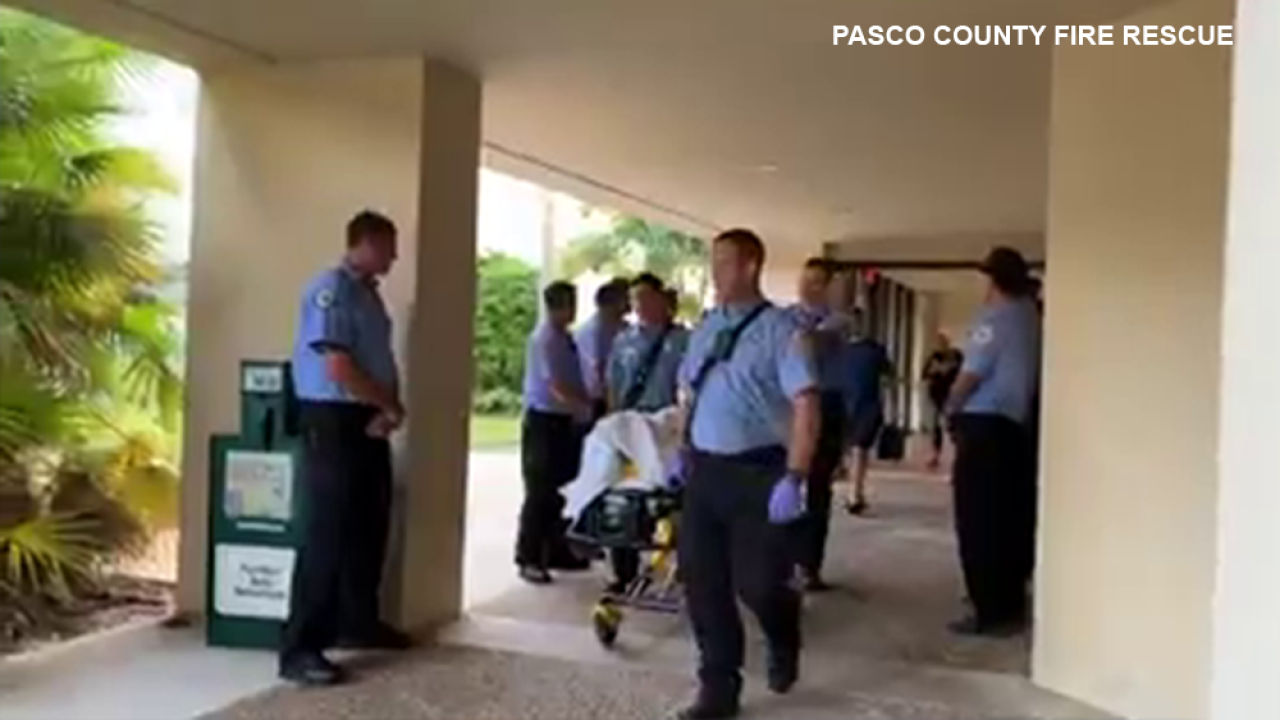 KEYSTONE, Fla. — A Pasco County firefighter and his wife are out of the hospital following a serious car crash that killed their daughter.

The Sept. 13 crash, which happened near the intersection of Van Dyke Road and Brown Road, seriously hurt firefighter Hunter Garcia and his wife Kayla. Their baby daughter Clara tragically died at the hospital days after the crash.

On Monday night, the Pasco County Fire Rescue shared a video on social media of Hunter and Kayla leaving St. Joseph's Hospital in Tampa. Kayla is expected to begin rehab work on her injuries for the next several weeks, according to Pasco Fire Rescue.

"The family would like to send their appreciation to the community for all their love and support during these trying times. Everyone's support has been amazing," Pasco Fire Rescue said on their Facebook page.

Hunter was discharged last week but remained by his wife's bedside.

At the time of the crash, deputies said a vehicle on Brown Street ran through a stop sign and t-boned a vehicle going east on Van Dyke. The impact caused a chain reaction crash involving four total vehicles. Five people were sent to the hospital.

Garcia has been with Pasco Fire for just under two years.

Donations are already in place to cover baby Clara’s funeral.

If you would like to help support the family, you can click here to make a donation.