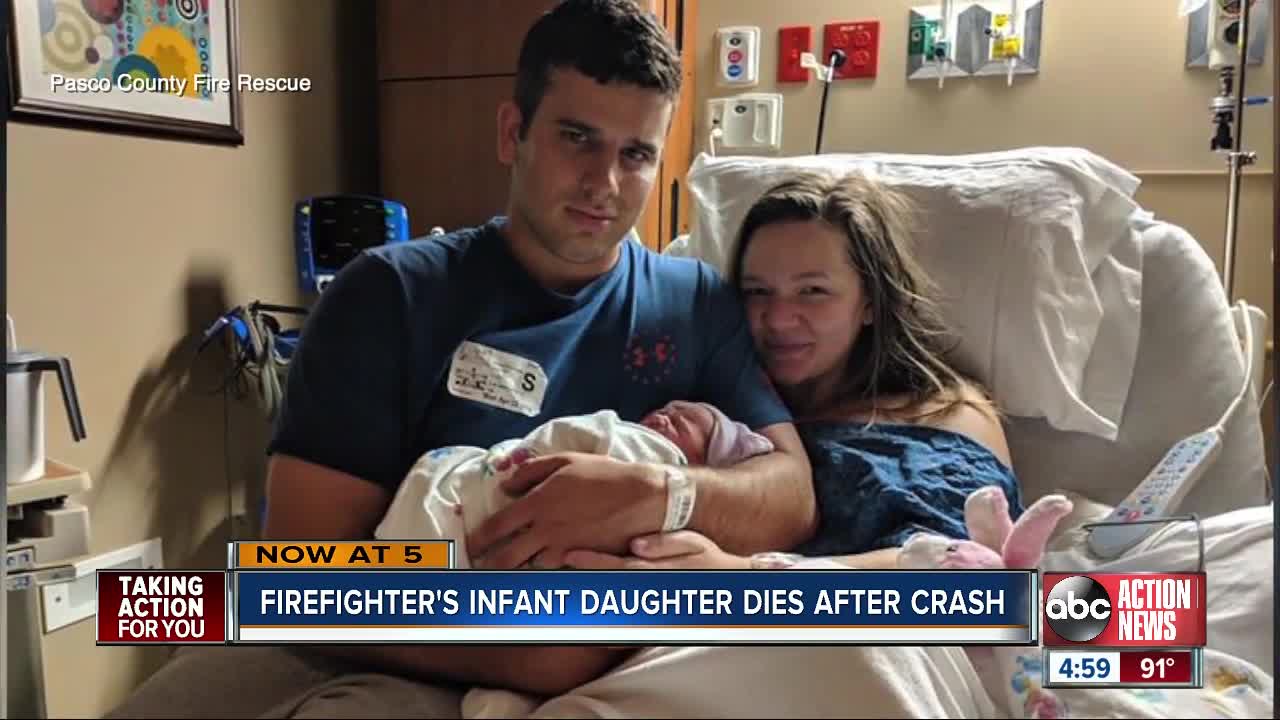 The infant daughter of a Pasco County firefighter has passed away after a multi-vehicle crash on Friday. 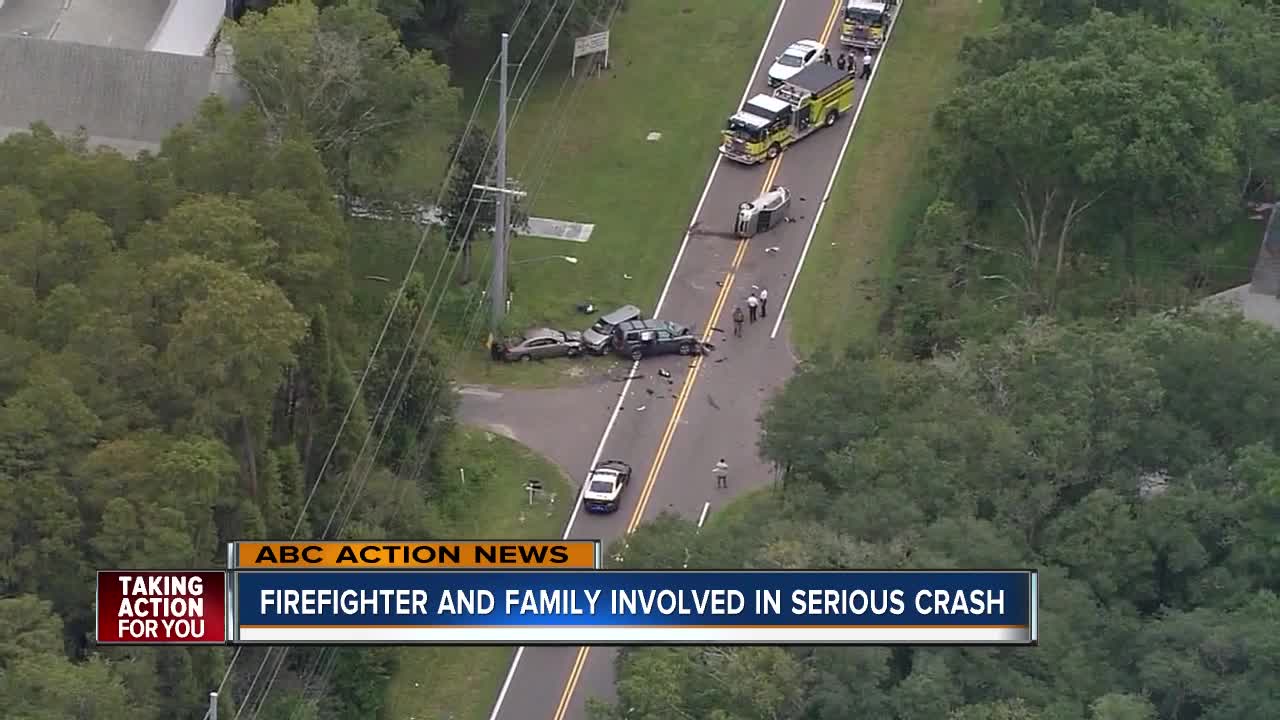 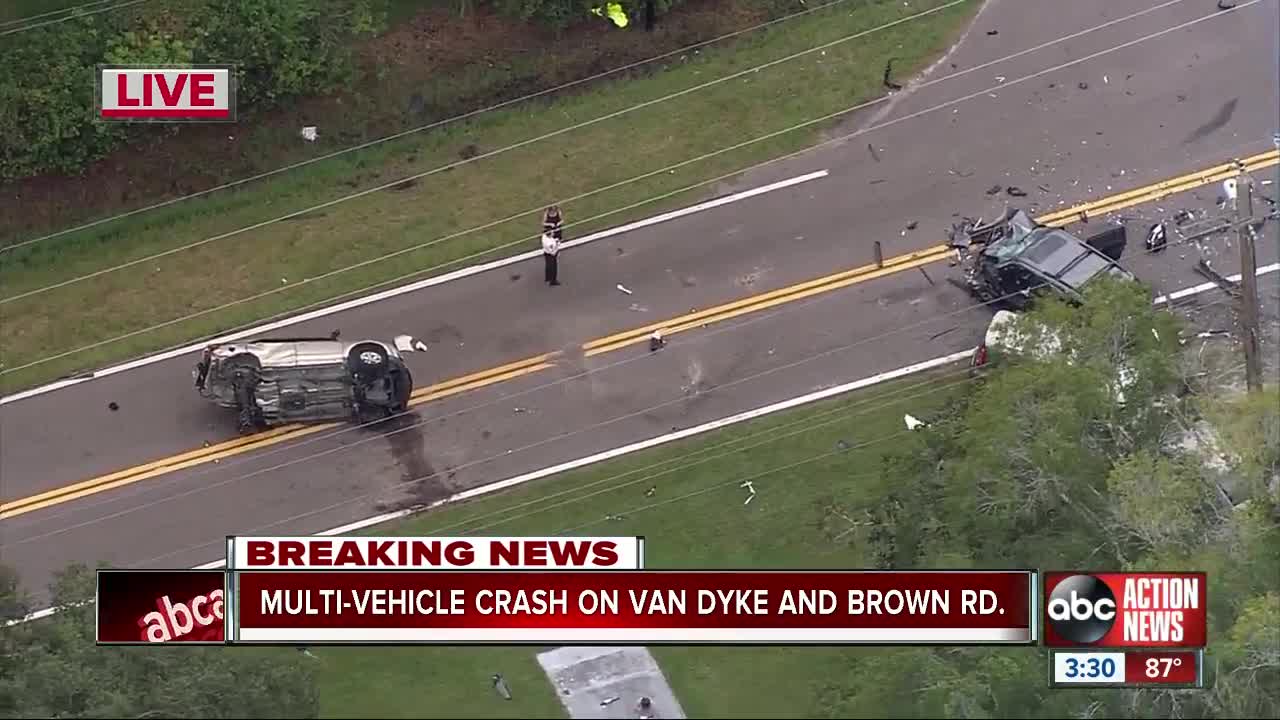 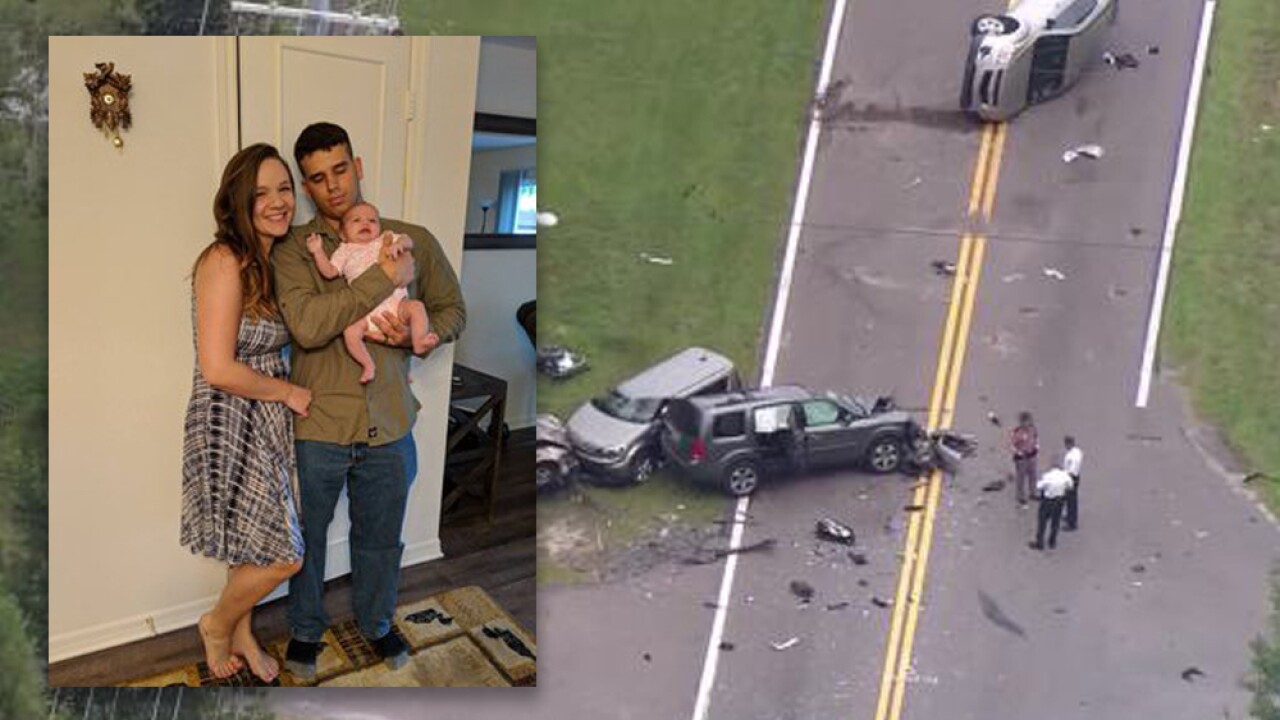 KEYSTONE, Fla. — The infant daughter of a Pasco County firefighter has passed away after a multi-vehicle crash on Friday.

Pasco Fire Rescue says baby Clara was surrounded by her loving family and will be forever in the hearts of the thousands who have come to know her over the past few days.

The Hillsborough County Fire Rescue responded to a call of a crash near the intersection of Van Dyke Road and Brown Road.

Pasco County Fire Rescue announced on Saturday that firefighter Hunter Garcia and his family were involved in the crash.

Garcia and his wife were both severely injured and their infant daughter sustained life-threatening injuries.

Firefighter Garcia was discharged Monday but remains by his wife's bedside.

Deputies say a vehicle on Brown Street ran through a stop sign and t-boned a vehicle going east on Van Dyke. The impact caused a chain reaction crash involving four total vehicles. Five people were sent to the hospital.

"Our thoughts and prayers are with our brother firefighter and his entire family," Hillsborough County Fire Rescue, who responded to the scene, said in a statement.

Garcia has been with Pasco Fire for just under two years. His fellow firefighters are staying by the family's side in the hospital.

"I just want him to know we got his back," said Dierdorff.

Even through this, Dierdorff said the 23-year old called a captain who was waiting at the hospital.

"It was firefighter Garcia calling to try trying to figure out what he needed to do to get his shift covered. And that’s the kind of guy that he is. He’s dedicated."

Now Garcia’s firefighter family is doing what they can to help.

“We’ve had our guys and gals that have already volunteered. Volunteered, They are no asking for payback. They are working his shifts all the way through Thanksgiving into December. They’ve got him covered if he needs them to be covered," said Chief Scott Cassin.

Garcia was released from the hospital, but is at his wife's bedside as she recovers from several fractures.

And they are even talking about moving the couple out of a their second floor apartment so they won’t have to deal with stairs.

Donations are already in place to cover baby Clara’s funeral.

If you would like to help support the family, you can click here to make a donation.