The Pasco County Sheriff's office is looking for a man seen in body camera video nearly running down a deputy.

HOLIDAY, Fla. — The Pasco County Sheriff's Office arrested a man four days after being seen in body camera video nearly running down a deputy outside a strip club.

The incident happened in the parking lot of the Desire Gentleman's Club at about 5:17 p.m. on Sunday, August 26.

In the bodycam video, a deputy can be seen approaching Eddie Saunders, 36, who was sitting in a 2017 white Kia Optima — a car deputies said was stolen.

After asking Saunders if he can speak to him, he closes the door and sits in the car for a few moments.

The deputy can then be heard yelling, "hey, don't do it." Soon after, Saunders hits the gas and nearly runs over the deputy as he takes off from the parking lot.

The deputy was not injured.

“There are some dangerous people out there," Sheriff Nocco said. "This individual didn’t want to get caught. Who knows what they are up to.”

Saunders was arrested at midnight on Thursday, August 30 and charged with aggravated assault on an LEO and fleeing to elude. He was booked into the Land O' Lakes Detention Center on a $15,000 bond. 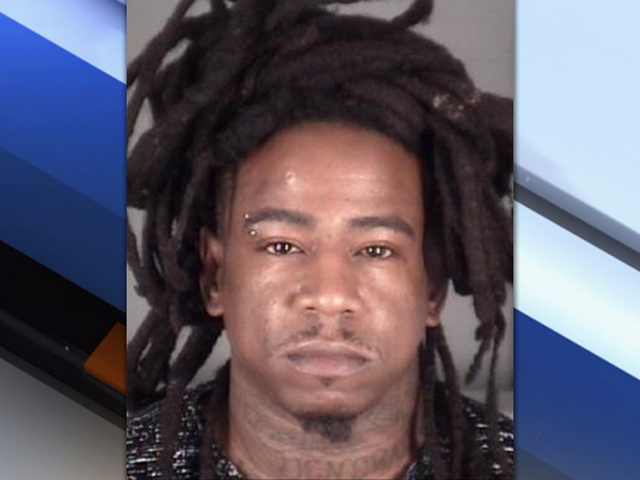