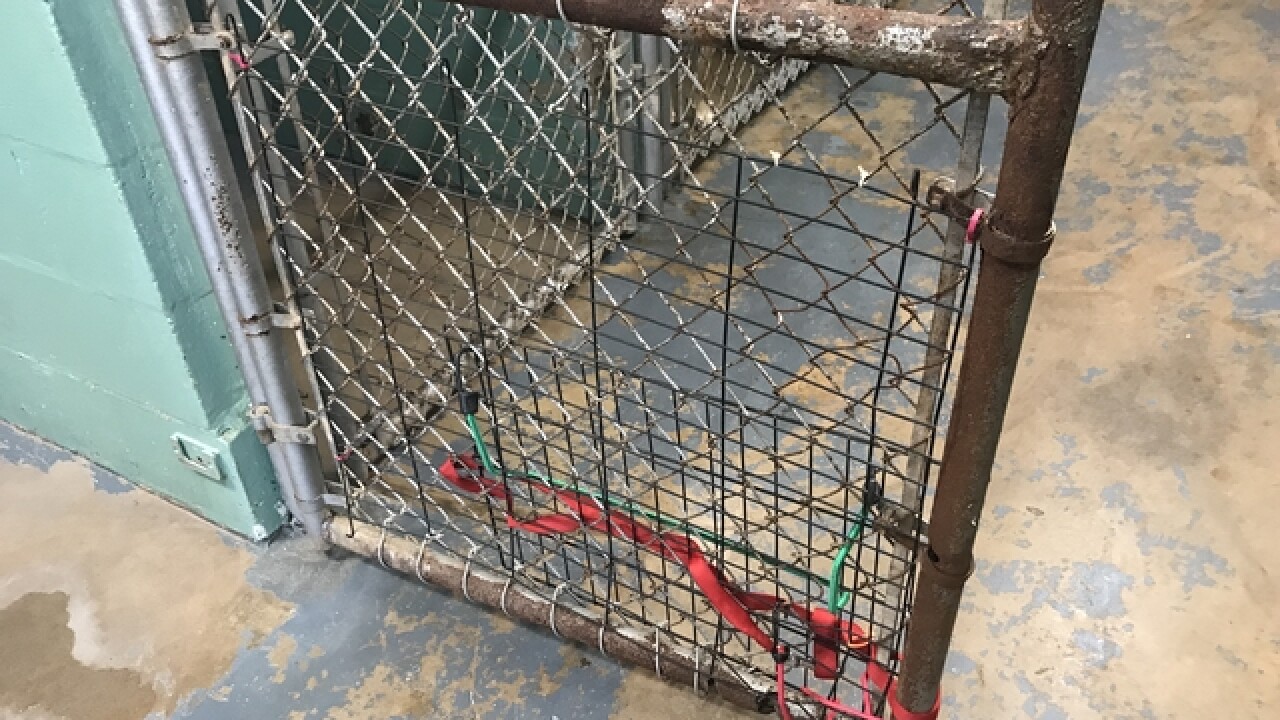 PASCO COUNTY, Fla. — The dog kennels at the SPCA Suncoast shelter in New Port Richey are falling apart, according to the shelter manager.

Justin Edwards, the shelter manager, said they need to replace about 20 kennels in their adoption room. He said there are sections of the kennels that have rusted, pieces of the gates are broken or twisted, and they are using zip ties to keep them together.

Edwards said they turned to online fundraising in order to be able to afford to purchase new kennels in the future. The SPCA Suncoast shelter is a nonprofit organization. Edwards said they operate 100 percent on donations.

“We’re just fortunate enough to just have just enough money to replace it piece by piece, but now it (has) gotten to a point where piece by piece isn’t working any longer,” Edwards said.

Edwards said the biggest problem they have now is their dogs are cutting themselves against pieces of metal.

“Because the fencing is so sharp and rusted and jagged in places. It’s just doing harm to the animals,” Edwards said.

Edwards said they are trying to put together a board of directors to help them do fundraising and write grants. Those members would be volunteers. Edwards said he is having trouble building the team.

“We cannot do this without direct support from people who care like us,” Edwards said.