Wife sent text messages to friend before she was allegedly killed by her husband, a HCSO deputy

Children were inside the home but not harmed 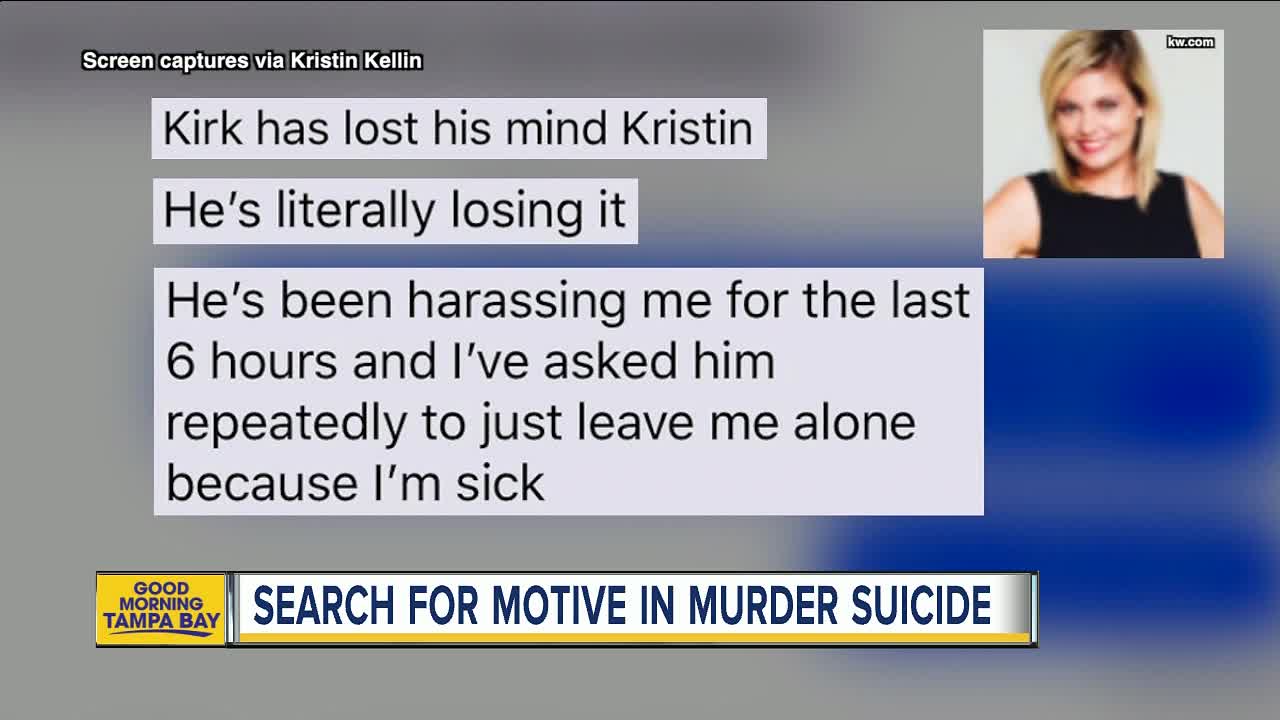 Search for motive in murder-suicide in Land O' Lakes 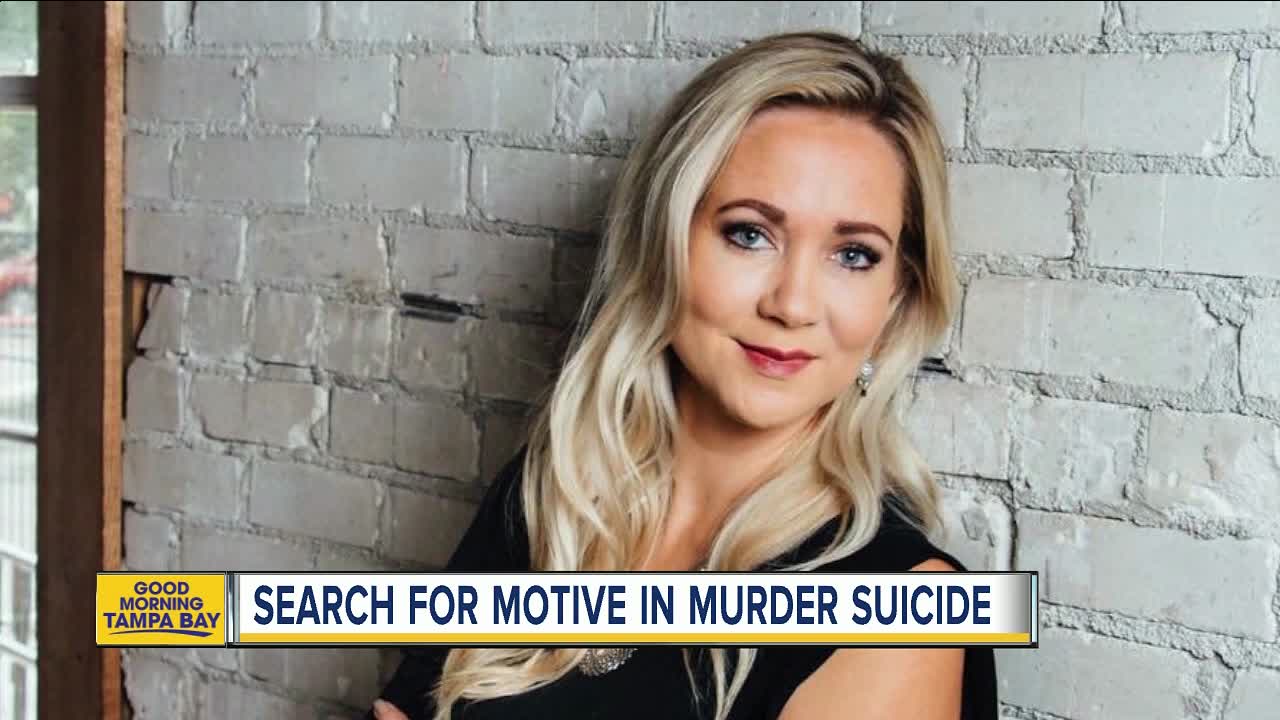 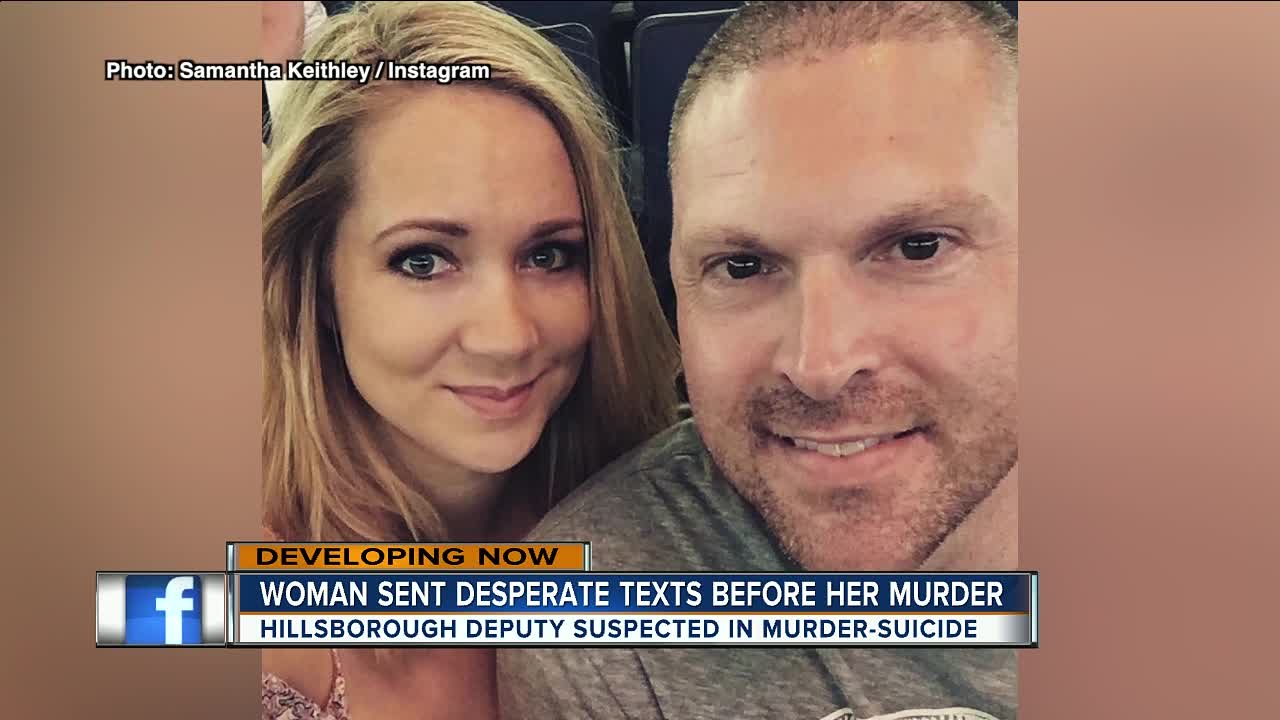 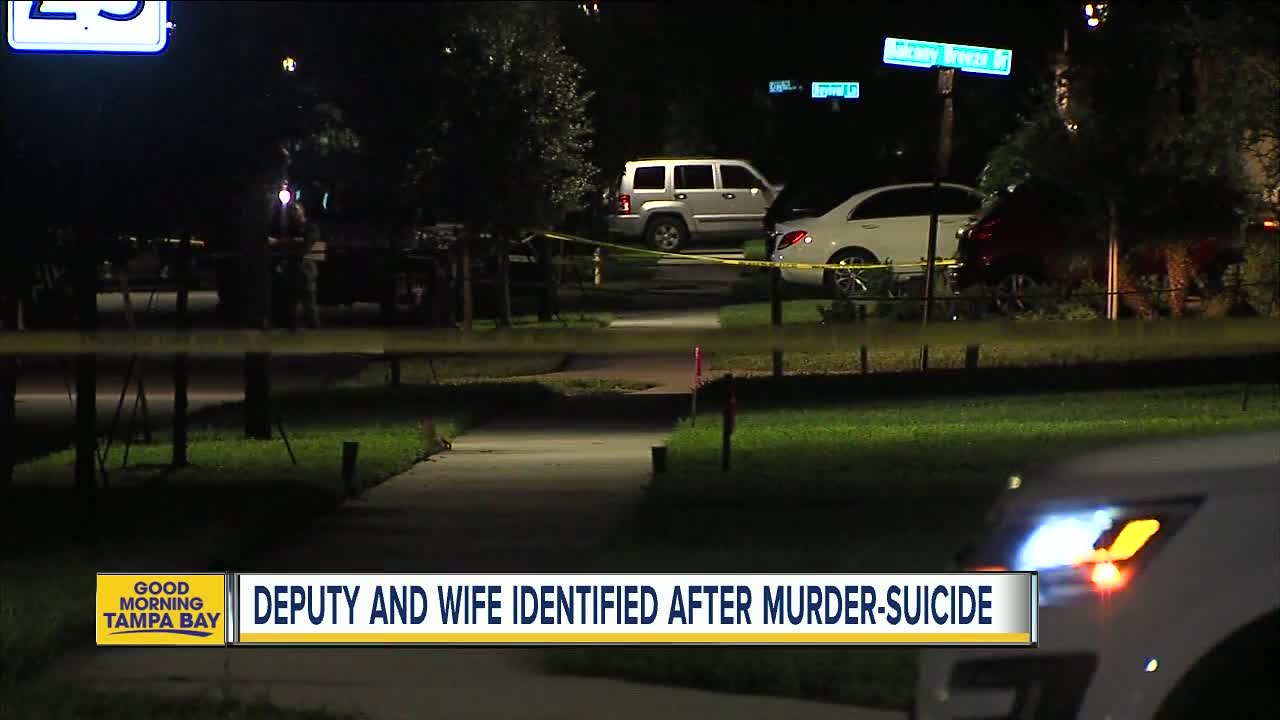 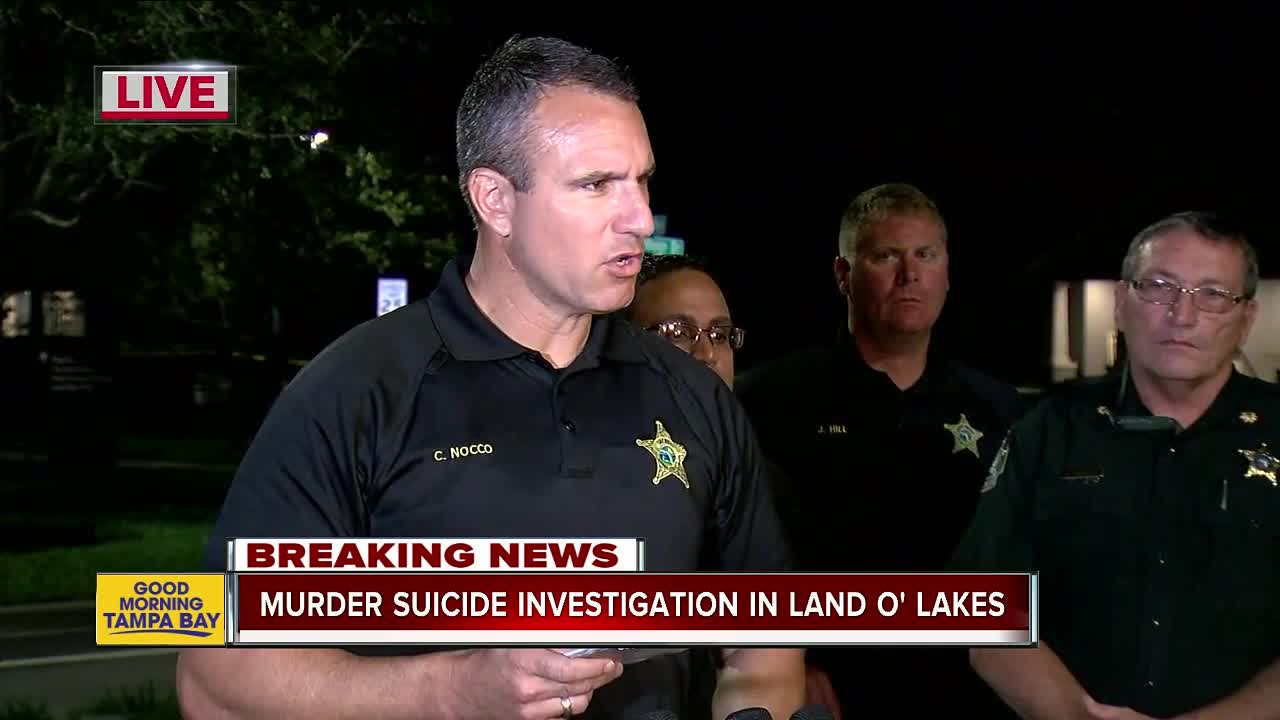 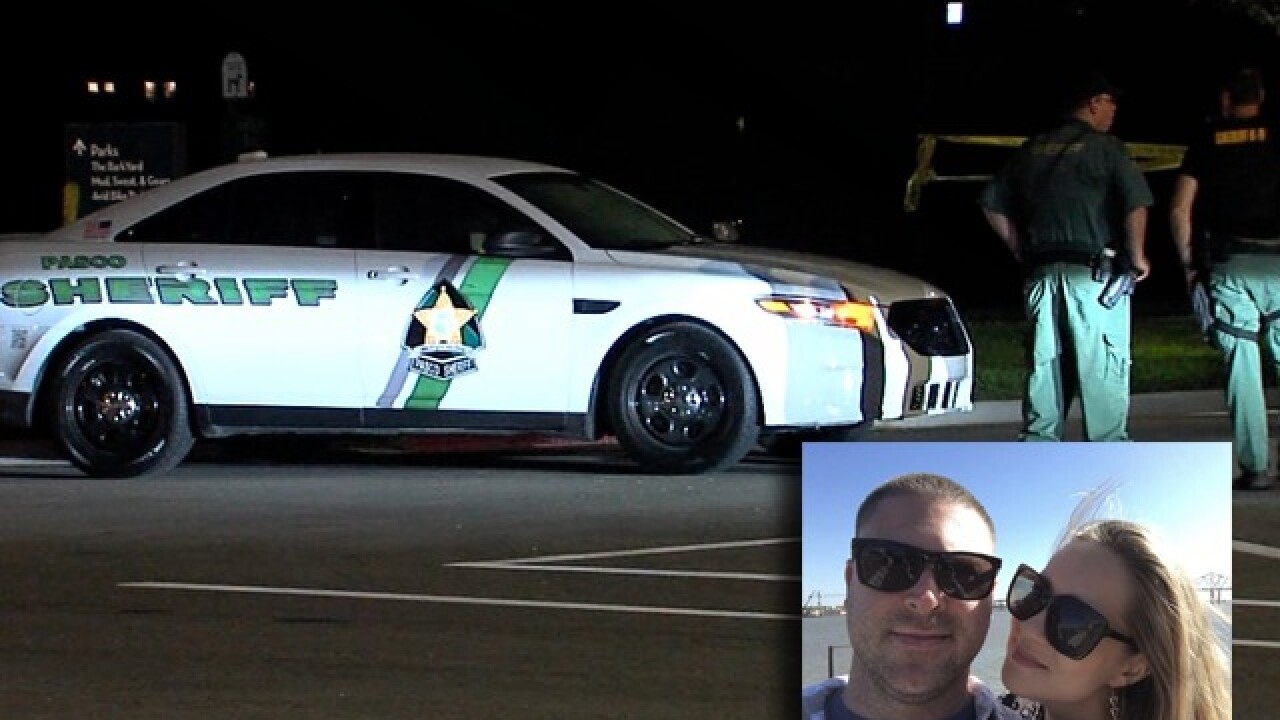 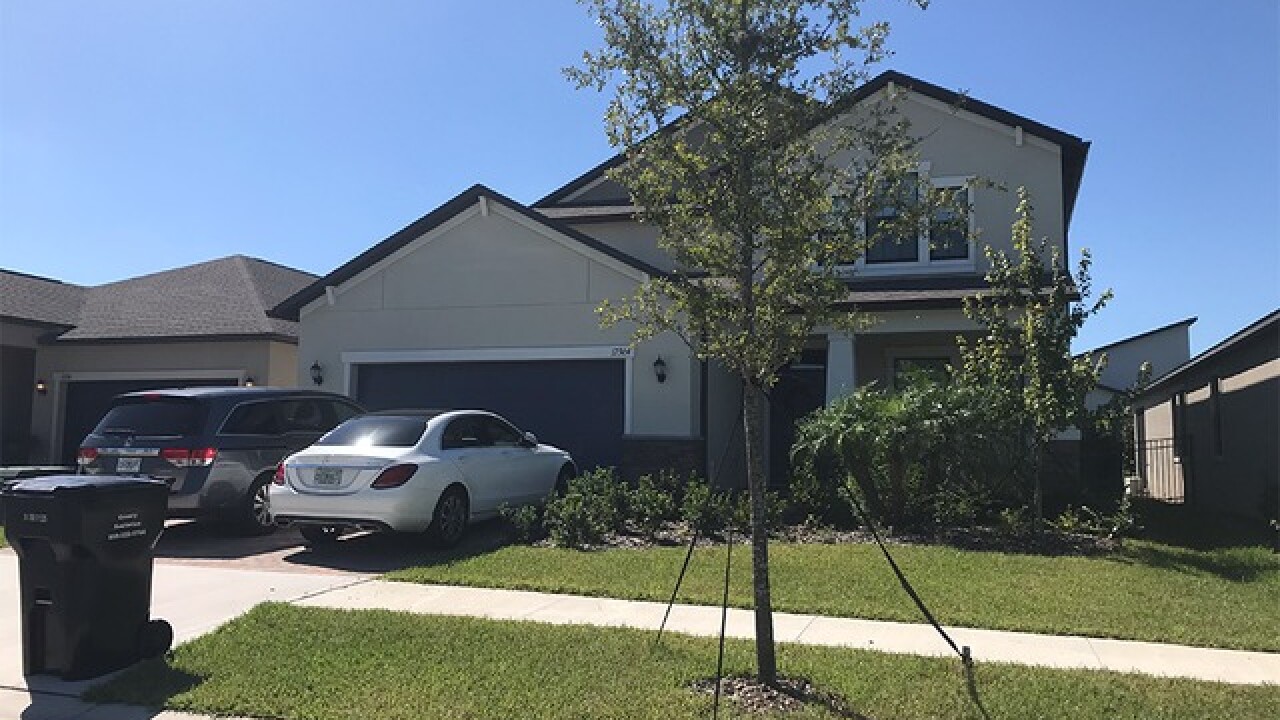 LAND O' LAKES, Fla. — Detectives are conducting a murder-suicide investigation where a Hillsborough County deputy allegedly killed his wife before turning the gun on himself.

ABC Action News has found out about the desperate text messages the victim, Samantha Keithley, sent just hours before she was allegedly killed by her husband, Deputy Kirk Keithley, 39. According to her friend, Samantha sent text messages late Sunday night about her husband’s behavior.

“I didn’t open it until around 2 a.m. Then I texted her back this morning around 7. It was too late," said friend Kristen Kellin.

“Kirk was a quiet person. When he drank he became a little bit more alive, which was nice. He was a little more introverted.  I never suspected anything like this would ever happen," said Kellin.

The Pasco Sheriff’s Office says Hillsborough Deputy Kirk Keithley shot and killed his wife, then did the same to himself.

Four children were inside the home when it happened.

“It’s devastating for that woman. Absolutely horrendous that she lost her life that way. But right now we’ve got to figure out a way to help those kids," said Pasco Sheriff Chris Nocco.

Hillsborough Sheriff Chad Chronister says he cannot begin to express how disheartened he is over the murder-suicide involving one of his deputies.

“As law enforcement, we are protectors, which makes this act of domestic violence so difficult to understand.”

According to Samatha Keithley’s Facebook page, she took her children to the Lightning Fan Fest Sunday. She was an assistant manager at the Seminole Hard Rock Hotel Casino where she worked for ten years.

Related: Family, friends mourn the loss of a deputy's wife, who was allegedly killed by her husband in murder-suicide

Hard Rock President Joe Lupo released a statement saying  “She was truly loved by all who knew her.”

“It’s devastating. Sadly, I just feel for her kids and her babies. This is just so tragic," said Kellin.

Kellin says the children are all with immediate family members. None of them were injured. She says Samantha's son was a hero. He crawled under the garage to get out of the house and call 911.

“He doesn’t know what a strong kid he is. He gets it from his mother," said Kellin. "Our community is shocked today. I don’t understand it.”

"It's devastating what happened here this morning," Pasco Sheriff Chris Nocco said. "The moment that any individual goes from protecting people to harming people, he loses the right no matter what agency they're with to call themselves a law enforcement officer."

Deputy Keithley had been with the Hillsborough County Sheriff's Office (HCSO) for more than nine years and worked for the St. Petersburg Police Department prior to that.

His professional standards history included a letter of reprimand for misuse of communications facilities in 2016 and a letter of counseling for an avoidable traffic crash in 2011.

Unfortunately, last night, one of our deputies was involved in a tragic event where he took his wife's life and then his own. I cannot begin to express how disheartened I am. Domestic Violence has no place in our society.

I ask that everyone join me and the rest of our office and pray for those innocent children who are left behind and have to pick up the pieces. This is something that is impossible to comprehend for even the most seasoned person.

Please keep them in your hearts as we all try to make our way through this tragedy.

We have made every resource within our Employee Assistance programs available to any employee who may be struggling. This remains an active Pasco County Sheriff's Office investigation.

A Message to Our Sheriff's Office Family from Sheriff Chronister. pic.twitter.com/PuxrhsVRmv