Camping equipment and $8,000 trailer are gone 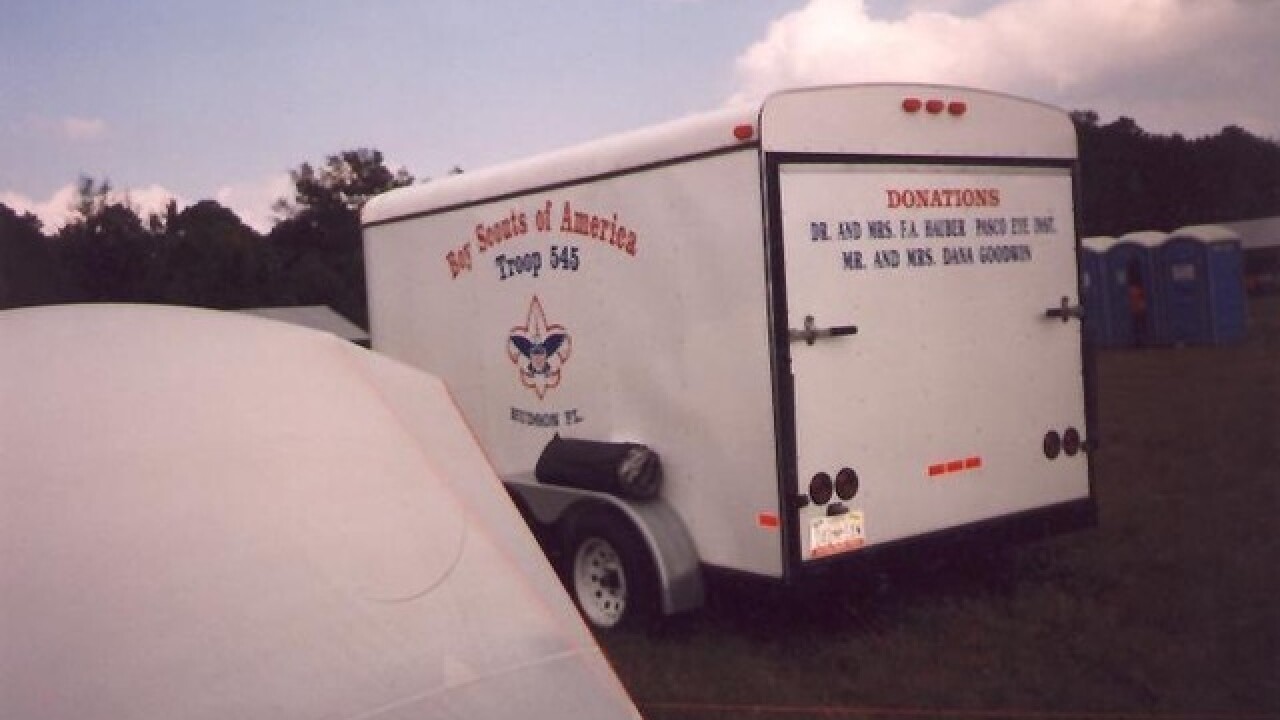 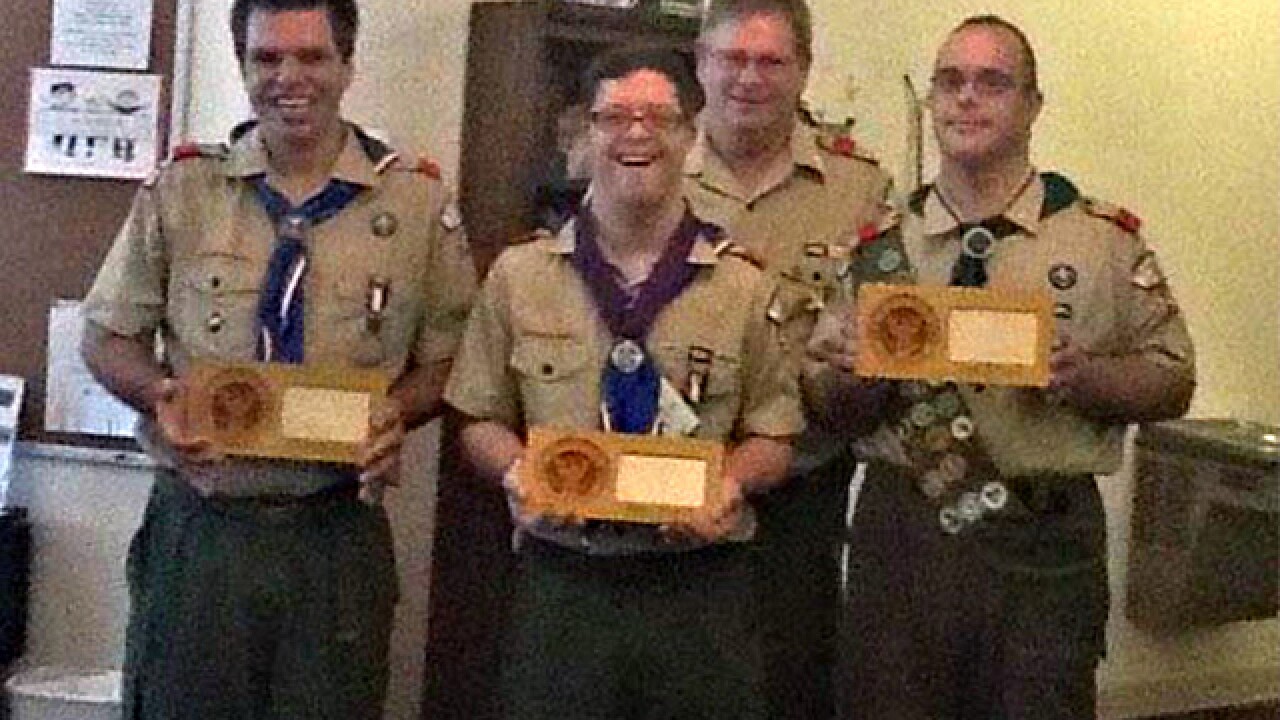 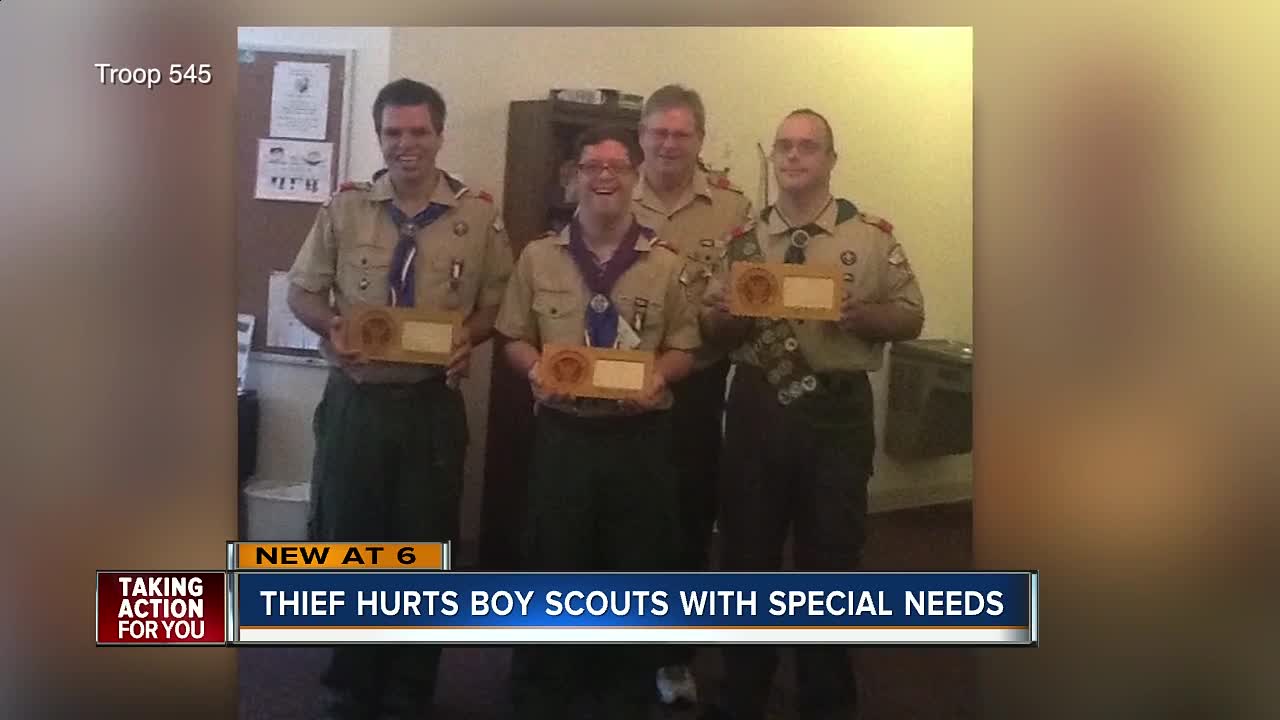 HUDSON, Fla. — A thief stole a trailer from outside a Pasco County church. It was filled with supplies belonging to a special needs Boy Scout troop.

“They get no break. They work just as hard as anybody else,” said longtime Scout Master Joe Foster.

Troop 545 in Hudson is hurting.

“Do the kids know what happened?” we asked.

“Yea, they are devastated,” said Foster.

They are devastated after someone stole their trailer as it sat outside Faith United Methodist Church. The thieves cut the chains used to tie it to a tree.

Foster says inside was everything the troop used for camping trips like sleeping bags and cooking equipment. It was also filled with awards and ribbons belonging to those Boy Scouts.

“23 years them kids works for everything that was in there,” said Foster.

“I think there was a time that there was enough respect for the church that people wouldn’t think about doing anything like this. Unfortunately, that time has passed,” he said.

As they’ve done before, the church will move on, and so will the Boy Scouts.

Their supplies are gone, but not the lessons.

“Just because they have disabilities doesn’t stop them from having possibilities,” said Foster.