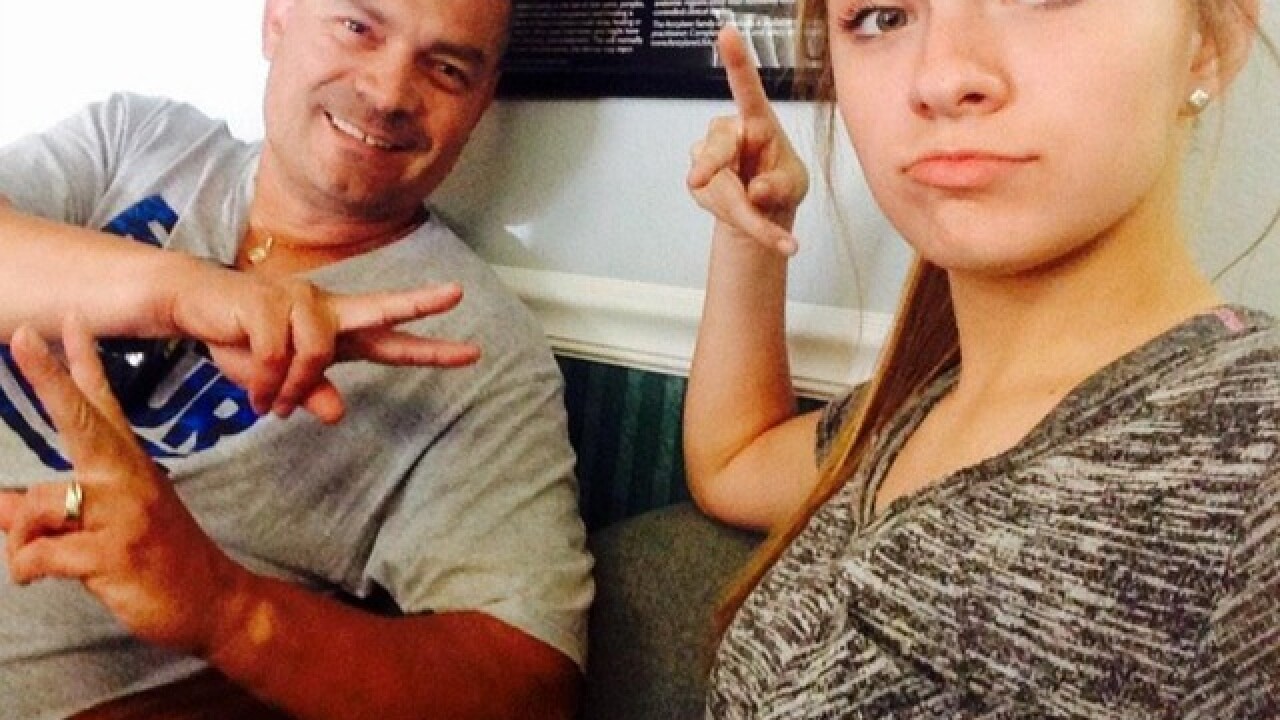 He was shot and killed one year ago while responding to a nuisance call.

The 17-year police veteran was a married father of six.

His wife Teresa is still not able to do interviews because she said she would just break down.

But we did speak with Kondek’s very poised teenage daughter.

“I’m hurting every day, especially nights. I’m with my mom and she’s crying on my shoulder, and I’m crying on her shoulder,” Aleena Kondek said.

But 16-year-old Aleena is living life like her dad would have wanted.

“I can still hear him in my head just saying, 'Keep going, don’t let this get to you.' Everything I do, it’s for him,” she said.

She wears his badge proudly around her neck.

“I’ve always been a daddy’s girl. I’ve been using what he’s taught me the past year,” she said.

That includes keeping their family together, and staying on track for medical school.

She’s even represented her father by throwing the first pitch at a Rays game. In Washington D.C. she took a selfie with the president.

“We’ve all been having each other’s backs, and we’ve all been filling in for the places where my dad’s been missing,” she said.

Monday at the Pasco County courthouse, where Kondek’s widow works, the show of the support was overwhelming. Dozens were wearing T-shirts honoring the fallen officer.

Teresa’s co-workers consider themselves all to be part of her family.

“Teresa told me many times that her goal is to make sure that Charlie is never forgotten and that his service is always remembered and how much his family loved him and how much he is missed,” said Kimberly Thompson.

Through all of this, Aleena said she’s realized her mother is the strongest woman she knows.

“She’s lost her other half, but she’s mom and dad. And she’s done an amazing job,” said Kondek.

Kondek’s daughter said the pain of losing her dad will never go away, but will hopefully get easier as time goes on.

Marco Parilla Jr. was indicted for the murder, and is still awaiting trial.